UK mortgage rates hit a six-month high in March after the three consecutive rate hikes by the Bank of England, raising a threat to the buoyant housing market, official data revealed on Wednesday.

The 'effective' interest rate, which is the actual interest rate paid on newly drawn mortgages, increased by 14 basis points to 1.73 percent in March, the BoE said. This was the highest since last September.

Approvals for house purchases, an indicator of future borrowing, were little changed at 70,700 in March, from 71,000 in February. The expected level was 70,780.

Data suggests that higher interest rates have yet to take much steam out of the housing market, Paul Dales, an economist at Capital Economics, said.

BoE data supports the view that not only will the Bank of England raise interest rates from 0.75 percent to 1.00 percent at tomorrow's policy meeting, but that it will continue to raise rates until they reach a peak of 3.00 percent next year, Dales added.

Secured lending increased more-than-expected to GBP 7.0 billion from GBP 4.6 billion in the previous month and remained above the pre-pandemic average of GBP 4.3 billion. Lending was forecast to rise moderately to GBP 5.1 billion.

Further, data showed that UK businesses borrowed GBP 1.2 billion from banks in March, down from GBP 3.8 billion in February. Within this, net borrowing by large non-financial businesses fell to GBP 1.9 billion in March.

At the same time, small and medium sized non-financial businesses repaid GBP 0.7 billion, increasing from a GBP 0.5 billion net repayment in February. The net loan repayment by SMEs in March marked the thirteenth consecutive month in a row of net repayments.

The M4 money supply grew at a pace of 5.4 percent on a yearly basis in March, after rising 6.0 percent in February. On month, M4 was up 0.1 percent. 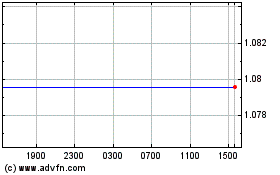