0.022137
0.00 (0.00%)
Tiempo Real
Mercado Abierto
0.022137
Ethereum Price Stalls While Bitcoin Dips Below $20,000 Post Merge
16 Septiembre 2022 - 02:11PM
NEWSBTC
Finally, the Ethereum Merge long-awaited Merge has occurred. As the most hyped historic event in the crypto space, many people projected different sentiments about the upgrade. Parts of the pre-merge reactions were negative. With the official conclusion of the Paris upgrade, popularly known as the Merge, the Ethereum network transited from PoW to PoS. This marked the consolidation of the two separate layers, the execution layer (PoW chain) and consensus layer (Beacon Chain). Related Reading: Ethereum Merge Fails To Move ETH Price, $2,000 Remains Elusive No Immediate Volatility With The Ethereum Merge While many people in the crypto industry had expected the Ethereum transition to create volatility, the outcome is different. The upgrade has not distorted the price of the Ethereum coin. All the Ether community was hoping that ETH merge would bolster Ethereum growth; rather, it has fallen below. It’s pretty unclear if Ethereum could sustain its value in the post-merge period as the price of ETH gradually drops. At the time of press, Ether is trading at $1,428, depicting about a 3% decrease within the past 24 hours. The performance of Ethereum Classic after a few hours of Merge also tanked. ETC went north and even reached the $40 mark. But the token has started dropping through the trading hours today. At the press time, ETC is hovering around $33.19, dipping by 9.39% over the past 24 hours. Other altcoins were seen to be gradually reclaiming their values. Some of the larger-cap altcoins in the green include ADA, XRP, MATIC, TRX, and DOGE. Some large-cap altcoins like DOT and BNB were already in the red with a slight drop. However, BNB is also trending sideways. Bitcoin Dropped Below $20,000 While Ethereum stalls on its value after the Merge, the case is different for Bitcoin. The price of BTC is battling and has gradually plummeted below the $20k region again. After claiming $22,800 over the past few days, the primary cryptocurrency was progressively gaining market dominance. As a result, its recovery became better than most of the altcoins. But the sustainability quickly retracted with the release of the US CPI data for August recently. Related Reading: Displaced ETH Miners Seek Refuge In Ethereum Classic, Ravencoin Within hours following the announcement, BTC’s price dropped by over $2,000. Unfortunately, the return to the $20,000 has remained a struggle for Bitcoin. Gradually BTC dropped to $19,600, depicting a 5-day low for the token. This triggered several liquidations worth $200 million in the market. At the time of writing, Bitcoin is trading at $19,620, showing a drop of0.63% over the past few hours. Featured image from Pixabay, chart from TradingView.com
Ravencoin (COIN:RVNUSD)
Gráfica de Acción Histórica
De Nov 2022 a Dic 2022 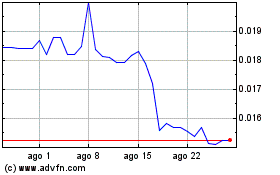 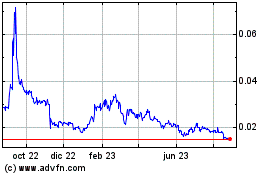 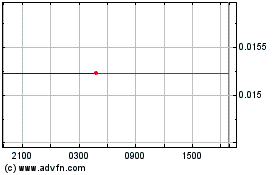