6.23
0.200 (3.32%)
Tiempo Real
Mercado Abierto
6.23
Bitcoin Price Starts Uptober With Record Open Interest Increase, BTC Rally Will Be Short lived?
04 Octubre 2022 - 10:59AM
NEWSBTC
The Bitcoin price is once again trading above $20,000, its 2017 all-time high, with bullish momentum on low timeframes. The cryptocurrency has been in a similar situation since losing this level early in 2022, leaving many traders to wonder if the bulls will be able to sustain the current price action. Related Reading: Thorchain Shows A Glimpse Of Hope, Are The Green Days Near? At the time of writing, the Bitcoin price trades at $20,100 with a 4% profit in the last 24 hours and a 5% profit in the last 7 days, respectively. Other cryptocurrencies in the top 10 by market capitalization are following Bitcoin with Binance Coin (BNB) outperforming the ranking recording an 8% profit over the same period. Bitcoin Price Open Interest Hints At Fresh Bear Assault? Data from Arcane Research shows that the Bitcoin price current price action has been followed by a spike of Open Interest (OI) in the derivatives sector. BTC futures contracts have been increasing since the start of October, as market participants bet on future appreciation for the cryptocurrency. As seen in the chart below, the OI denominated in BTC reached a monthly high of 464,500 BTC with the Bitcoin price rallying northbound to $20,000. The spike in OI as the price trends to the upside in October indicates that traders are taking long positions. As seen in the chart, this is not the first time this month that longs rushed into the price action. In Late September, OI skyrocketed with the price, and longs were flushed as the Bitcoin price returned to its previous support levels, will history repeat this time less than a week from that downside move? Major Upside Rally For The Bitcoin Price Could Be In The Making On higher timeframes, additional data from Arcane Research shows a spike in Open Interest as the Bitcoin price trends to the downside. The metric has been moving upwards since April 2021 when it saw a slight decrease after BTC’s price crashed from $64,000. At that time, the cryptocurrency recorded its first all-time high of that year. In the months after, the Bitcoin price made a re-test of the highs and reached uncharted territory as the OI move sideways, the biggest spike was recorded as BTC crashed and entered a bear market reaching its current levels. In other words, traders remain relatively flat as BTC hit $69,000, but began shorting at a high pace as the cryptocurrency trended to the downside. This amount of short-sided Open Interest could provide enough fuel for another bull run or at least might provide enough support for Bitcoin to reclaim previously lost territory. Related Reading: Uniswap Rally Could Be In Jeopardy, Despite UNI’s Solid Social Engagement Arcane Research analyst Vetle Lunde commented the following on this spike in Open Interest and its potential implications for the Bitcoin price: The growth since May is truly remarkable. We will see vivid markets whenever these positions get (un)willingly closed out.
Uniswap (COIN:UNIUSD)
Gráfica de Acción Histórica
De Nov 2022 a Dic 2022 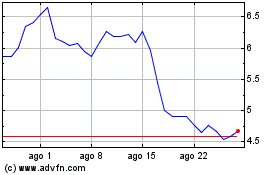 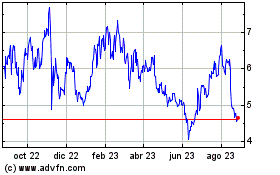 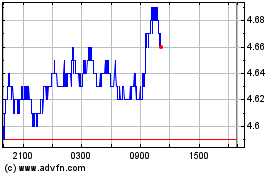