The Canadian dollar lost ground against its key counterparts during the European session on Thursday, as oil prices plunged on fears over a super-sized rate hike from the Federal Reserve to tame inflation and risks of a potential recession.

Expectations for a full-point rate hike from the Fed later this month have grown following the release of hot U.S. inflation data for June.

Commodity prices fell amid a high dollar that makes dollar-denominated assets more expensive for holders of other currencies.

The Bank of Canada surprised investors on Wednesday by raising interest rates by 100 basis points to curb inflation.

With central banks around the globe rushing to tighten policy, investors fear that aggressive moves could fuel a recession.

The loonie dropped to 1.3166 against the greenback, its weakest level since November 9, 2020. The loonie is likely to challenge support around the 1.34 region, if it drops again. 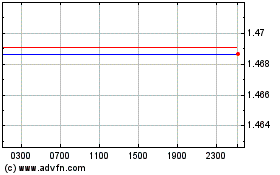