The Australian and NZ dollars fell against their major counterparts in the Asian session on Friday, while the yen climbed, amid rising risk aversion as aggressive rate hikes from the Federal Reserve to curb inflation intensified recession fears.

The Fed's preferred inflation measure held around multi-decade highs in May and a measure of U.S. consumer spending fell in May for the first time this year and prior months were revised lower, underlining the gloomy outlook.

Oil extended overnight losses as OPEC+ said that it would stick to moderate increases in oil production in August.

In economic news, the manufacturing sector in Australia continued to expand in June, the latest survey from S&P Global showed, with a manufacturing PMI score of 56.2.

That's up from 55.7 in May and it moves further above the boom-or-bust line of 50 that separates expansion from contraction.

Looking ahead, PMI reports from major European economies, as well as U.K. mortgage approvals for May and Eurozone flash inflation for June are due in the European session.

U.S. ISM manufacturing PMI for June and construction spending for May are set for release in the New York session. 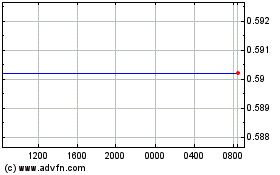