The U.S. dollar appreciated against its major counterparts in the New York session on Friday, in response to comments from several Federal Reserve officials affirming the need for more policy tightening to battle high inflation.

In an interview with the Wall Street Journal, St. Louis Fed President Bullard said that he supported another 75 basis-point rate hike next month and wanted rates to get to 3.75% to 4.00% by end of the year.

In addition, San Francisco Fed President Mary Daly said that it would be appropriate to raise rates by either 50 basis-point or a 75 basis-point in September to bring inflation down.

The greenback touched 0.9597 against the franc, its highest level since August 8. On the upside, 0.98 is likely seen as its next resistance level. 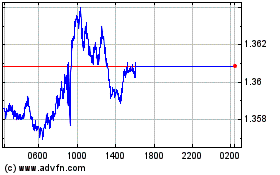