January to September 2021 in brief

July to September 2021 in brief

In the third quarter of 2021, the strong recovery of economies continued above all in the US but in Europe as well, as COVID-19 restrictions were being removed. At the same time, inflation has speeded up. In China, the central government intervened strongly in the manner in which large Chinese companies operate in different industries, and new restrictions were introduced for risk-taking in the real estate sector, for instance.  This drove the country’s second largest property developer Evergrande to an acute debt crisis.

The increasing inflation and improving employment situation alerted central banks. The Fed stated that it had reached its goal regarding inflation and that the labour market was going to the right direction. Trimming the purchase programme has been discussed for several months now, but at the end of September the Fed confirmed that it would shortly start cutting the purchase programme. The ECB also confirmed that it would begin reducing the support purchases, but ECB’s message remained more careful that the Fed’s and there were still no indications of interest rate raises.

In the equity market, the third quarter began in a positive tone, but towards the end of the quarter, the statements of central banks led to a small pressure on interest rate, which, together with the problems in the Chinese real estate sector, lead to a fall of shares prices. This was not long-lived, however. In the first three quarters, equity market returns were very good, and the return of the global index exceeded 19%. Small-caps have given even clearly better returns than this. The fear for inflation raised interest rates, and the interest returns in the first part of the year were negative as for euro government bonds and investment grade loans. High yield loans, on the other hand, benefited from the narrowing of the interest rate spread and gave a return of almost 4% since the beginning of the year.

eQ’s growth was very strong in the first nine months. The net revenue of the Group during the period under review was EUR 57.8 million and the operating profit EUR 35.0 million. Net revenue grew by 58% and operating profit by more than EUR 15 million, which is an increase of 82% on the previous year.

The result of eQ Asset Management was once more excellent. The net revenue of eQ Asset Management increased by 40% on the corresponding period last year to EUR 48.5 million. Operating profit grew by 45%, almost EUR 10 million, and was EUR 30.2 million during the period under review. The management fees of traditional asset management as well as performance fees experienced the strongest growth. Part of the performance fees (EUR 2.9 million) accrued from the Amanda IV private equity fund.

The returns of client portfolios were excellent during the first nine months. As much as 85% of the funds that eQ manages itself exceeded their benchmark indices, and during a three-year period the corresponding figure was 67%. Within the discretionary asset management portfolios, both absolute and relative returns were also exceptionally good. The excellent returns from traditional asset management were complemented by the good real estate and private equity returns.The first nine months period was also very good with regard to sales, above all for real estate and private equity asset management. Net subscriptions in the eQ Community Properties and eQ Commercial Properties funds were almost EUR 240 million, and the size of the eQ Residential Fund grew to its target of EUR 100 million. The investment operations of the fund advanced well. In 2021, private equity assets are raised to the eQ PE XIII US Fund, which already reached a record size of USD 315 million in its October closing. The assets raised to the US PE funds since 2015 exceed USD 700 million. In addition, we have launched three new private equity asset management programmes at the beginning of the year, and the size of three old, renewed programmes has grown markedly. During the third quarter, we decided to establish a new Venture Capital fund, which will invest in the best Venture Capital funds in the US.

The operating profit of the Investments segment excellent

The operating profit of the Investments segment was EUR 5.5 million (EUR -0,7 million) and the net cash flow was EUR 3.7 million. The balance sheet value of the private equity and real estate fund investments was EUR 17.6 million at the end of September. eQ Plc made an investment commitment of USD 1 million to the eQ PE XIII US private equity fund in January. The considerable increase in the M&A activity of unlisted companies had a positive impact on the portfolio’s cash flow, value changes and realised profits.

The outlook for the financial year is still unaltered, and we expect the net revenue and operating profit of the Asset Management segment to grow from the previous year.

eQ’s interim report 1 January to 30 September 2021 is enclosed to this release and it is also available on the company website at www.eQ.fi.

eQ Group is a group of companies that concentrates on asset management and corporate finance business. eQ Asset Management offers a wide range of asset management services (including private equity funds and real estate asset management) for institutions and private individuals. The assets managed by the Group total approximately EUR 11.0 billion. Advium Corporate Finance, which is part of the Group, offers services related to mergers and acquisitions, real estate transactions and equity capital markets. More information about the Group is available on our website www.eQ.fi. 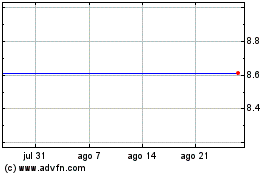 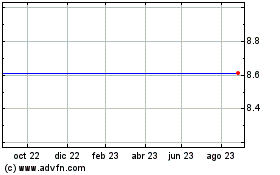 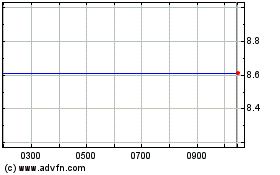