Oxurion is advancing its pipeline of innovative clinical drug candidates targeting the treatment of retinal disorders.

Tom Graney, CFA, CEO of Oxurion, commented: “Oxurion has made excellent progress during 2021 as we have taken steps to focus our resources on the clinical development of THR-149 and THR-687. We expect to report the first data from Part A of our Phase 2 study of THR-149 in patients with DME at the end of this month or the beginning of October. If successful, this milestone will allow us to demonstrate proof of concept and initiate Part B of this study, which will compare THR-149 to current standard of care aflibercept, immediately thereafter.

We recently started recruitment of patients in our Phase 2 DME trial with THR-687, a drug candidate for which we have very high hopes given its potential to become a first line treatment option for this sight threatening eye disease. We are also looking to expand the market opportunity for THR-687 by potentially developing it for both wet AMD and RVO.

Taken together, successfully developing these two exciting, novel and differentiated back of the eye drug candidates would allow Oxurion to generate significant value given they are targeting potential market opportunities of over $12 billion combined.

We look forward to reporting on our progress as we deliver further value inflection points for both THR-149 and THR-687, including very important THR-149 Part A data in the near future.”

In June, Oxurion announced the completion of patient enrollment into Part A of its Phase 2 study (“KALAHARI”) evaluating multiple injections of THR-149 for the treatment of DME patients previously showing suboptimal response to anti-VEGF therapy.

Dose selection based on the data from Part A of the study is expected end September, early October.

In Part A of the study, three dose levels of THR-149, each administered in 3 monthly intravitreal injections, are being tested in at least 18 patients to select the optimal dose for Part B.

Part B is the double-masked, active-controlled part of the study with the dose selected from Part A studied against aflibercept as the active comparator.

Final topline results from this statistically powered Part B of the study are expected in the first half of 2023.

In August, Oxurion started recruitment of patients in its Phase 2 clinical study evaluating THR-687 in patients with DME (“INTEGRAL”).   The INTEGRAL study is a Phase 2, randomized, multicenter trial and is the first study in which multiple intravitreal injections of THR-687 will be administered in humans.

The two-part study will assess different dose levels of multiple THR-687 injections (Part A) and go on to evaluate the efficacy and safety of THR-687 versus aflibercept (the current standard of care) for the treatment of DME (Part B).

Part A is being conducted in treatment naïve subjects to select the THR-687 dose level to be assessed in Part B.

Part B, the statistically powered part of this phase 2 study, will be conducted in both treatment naïve and treatment experienced subjects to evaluate the efficacy and safety of the dose level selected from Part A when compared to aflibercept.

The Part B primary endpoint is the change in best corrected visual acuity (BCVA) from baseline at month 3.

The dose selection decision, following Part A, is anticipated in the first half of 2022 with top line data from Part B expected in the second half of 2023.

Beyond DME, THR-687 has the potential to be developed for additional vascular retinal disorders including wet AMD and RVO.

In May, Oxurion announced the promotion of Tom Graney, CFA from Chief Financial Officer (CFO) to Chief Executive Officer (CEO) in a planned succession and he was appointed to the Board in July. He took over from Patrik De Haes, M.D., who after 14 years as CEO, decided to move away from day-to-day management of the Company to become the non-executive Chairman. Thomas Clay, the outgoing Chairman of Oxurion, remains on the Board as a non-executive Director of the Company and Chairman of the Nominations and Remuneration Committee.

Mr. Graney has extensive capital markets and business development experience in biotech as the CFO of several successful public companies, including Vertex. This includes having raised more than $500M in capital for highly innovative companies like Oxurion and executing a number of value creating business development transactions. The Company intends to rely on Tom’s extensive capital markets experience to explore a dual listing in the United States in addition to other sources of funding. Tom also has a track record of developing high performing teams and talent everywhere he has worked both in the United States and Europe.

In June, Oxurion announced a plan to better align its organizational resources towards its key priority - executing its clinical development strategy for its two novel programs, THR-687 and THR-149. As a result, Oxurion will no longer make direct investments in non-core activities, including research in dry AMD and oncology (Oncurious).

As a result of the focus on its clinical assets, Oxurion decided to reduce its headcount by 10 people in June.  After undertaking further discussions with third parties about the possibility of exploiting the non-core assets, a decision was taken in August to further reduce the workforce by four positions. All of individuals impacted are receiving the Company’s support in finding a next position outside of the Company.

The Company also made key additions to its leadership team in order to further strengthen its capability to execute its ongoing clinical development. This included the appointment of Hanne Callewaert, PhD, as Chief Operating Officer, and Vincent Baeyens, PhD, to Head of Clinical Operations. Grace Chang, M.D., has departed her position as Chief Medical Officer to pursue other opportunities.

Vincent Baeyens, PhD.  Vincent Baeyens joined Oxurion in June with over 25 years’ global R&D and clinical operations leadership experience in the ophthalmic space. Most recently, he served as Senior Director Global Clinical Operations EMEA at Santen. Prior to that, he worked 13 years for TRB Chemedica International as Associate Director Ophthalmology R&D where he led the global Research and Development division of Ophthalmology and as Senior Project Development Director. Vincent is also a trainer at ECCRT (Brussels) on CRO management and oversight. Vincent holds a master’s degree in Pharmacy, from the University of Louvain, Louvain-la-Neuve and a PhD in Pharmaceutical Science, Ophthalmology from the University of Geneva, Switzerland.

These changes followed a detailed review of the Company’s operations and growth opportunities and are designed to maximize value creation in the most capital efficient way, whilst safeguarding Oxurion’s scientific and clinical leadership position in the global retina community.                            Scientific Update

During 2021, Oxurion has continued to demonstrate the quality of the science that underpins its R&D activities via a number of conference presentations and publications.

In May, the Company presented novel scientific data at the Association for Research in Vision and Ophthalmology (ARVO) 2021 Annual Meeting. The presentation entitled, “The Mouse Sodium Iodate Model Exhibits Acute Retinal Inflammation,” covered data supporting the use of this model for the investigation of age-related macular degeneration (AMD) hallmarks.

In August, Oxurion announced that the results of the positive Phase 1 study with THR-687, had been published in Ophthalmology Science, the prestigious journal of the American Academy of Ophthalmology.

These papers described the pharmacokinetic properties of THR-149 and THR-687 following intravitreal injection in animals and utilize novel pharmacokinetic models developed by Oxurion to accurately describe systemic levels of these drug candidates.

As intravitreally delivered drugs become more widely used, achieving an accurate understanding of their systemic exposure as enabled by these new pharmacokinetic models is crucial in the evaluation and development of novel drugs administered into the eye.

Chief Scientific Officer, Professor Alan Stitt, also gave a presentation entitled “Targeting RGD-Binding Integrins as an Integrative Therapy for Diabetic Retinopathy & Neovascular Age-Related Macular Degeneration,” at the virtual Integrin Drug Discovery event in August.  In his presentation, he discussed the potential of a pan-RGD integrin antagonist, such as THR-687, to limit the progress of these important retinal vascular disorders.

Andy De Deene, M.D., Chief Development Officer, was part of a panel discussion at the Clinical Trials at the Summit, which was held at the end of August. This event brought together a diverse group of experts from around the world to discuss ongoing clinical trials and the latest data, all with the goal of achieving advances in vitreoretinal care.  This conference program also explored the partnerships and strategies required to design and execute effective vitreoretinal clinical trials.

The Company reported a gross profit of €0.1 million during the period compared to €0.9 million in the same period in 2020.

General and administrative expenses were €3.7 million. This compares to €2.7 million reported in H1 2020.

As reported in the Company’s 2020 Annual Accounts, in April the Company entered into a binding term sheet whereby the Negma Group committed to subscribe to up to €30 million in Oxurion equity through mandatory convertible bonds (the “Funding Program”).

Under the Issuance and Subscription Agreement (the ISA) entered into between the Company and Negma, Negma agrees to subscribe to up to €30 million in mandatory convertible bonds in tranches of up to €2.5 million with an initial term of 12 months, which is automatically extendable by another 24 months. The right for the Company to draw a tranche of convertible

bonds is subject to certain conditions precedent (including with respect to average daily trading volume) and the expiry of a cool down period of 22 trading days since the previous tranche.

During the negotiation of the ISA, it was also agreed that the total tranches during the first six months of the Program would not exceed €5 million, with the remainder of the €30 million being available at the discretion of the Company thereafter in tranches of up to €2.5 million every 22 business days provided the conditions established in the agreement are met. This means that over the 12-month period starting from the date of the first tranche call, the Company will have access to up to maximum €20 million under the Negma Funding Program provided the Company can and does draw the maximum tranche on a monthly basis, with the remainder of the €30 million being available thereafter at the discretion of Oxurion over another 24 months subject to the terms of the agreement.

In addition, the Company has also secured conditional pre-commitments for equity financing of €3.4 million from others provided certain conditions are met ultimately on September 30, 2021. These conditionally committed and pre-committed fundings may not be sufficient to fund full operations during the next twelve months without cost reductions. Therefore, the Company is actively exploring the possibility for additional funding through debt/equity, and/or alternatively will reduce its costs and investments to the extent that there is at all times sufficient cash to continue its operations during the next twelve months.

About Oxurion Oxurion (Euronext Brussels: OXUR) is a biopharmaceutical company developing next generation standard of care ophthalmic therapies, which are designed to better preserve vision in patients with retinal vascular disorders including diabetic macular edema (DME), the leading cause of vision loss in diabetic patients worldwide as well as other conditions, including wet age-related macular degeneration (AMD) and retinal vein occlusion (RVO).

Oxurion is aiming to build a leading global franchise in the treatment of retinal vascular disorders based on the successful development of its two novel therapeutics:

Oxurion is headquartered in Leuven, Belgium, and is listed on the Euronext Brussels exchange under the symbol OXUR. More information is available at www.oxurion.com. 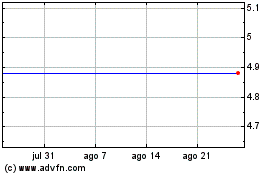 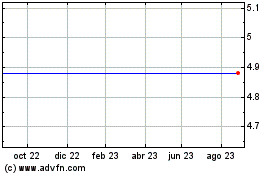 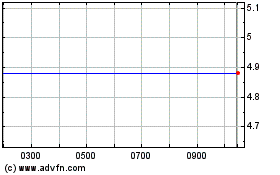