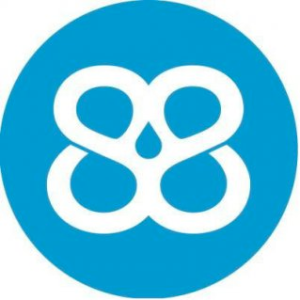 -- Completion of the interpretation of the recently licensed Franklin Bluffs 3D seismic survey data (FB3D), which covers a significant area over the Icewine East leases.

-- Amplitude Variation with Offset (AVO) analysis has been used to define 'sweet spots' for each play to help identify location for the 1H 2023 exploration well, Hickory-1.

-- Significantly, the Fluid Factor attribute has identified areas of anomalous AVO behaviour within the FB3D area which could indicate hydrocarbon content and/or superior pore volume (reservoir quality). AVO analysis is often used as a direct hydrocarbon indicator to enhance existing 2D and 3D interpretation and improve the probability of geological success.

-- Good correlation has also been observed between AVO signature, RMS amplitude and the geological model at Icewine East.

-- The Hickory-1 well will test the SMD, SFS, BFF and Kuparuk reservoir units, which are interpreted to extend from Pantheon Resources' (Pantheon) acreage onto Icewine East. The Pantheon wells - Alkaid-1, Talitha-A and Theta West-1 - have flowed 35 to 40 API oil from multiple Brookian reservoirs (see Pantheon releases of 7 February, 21 February and 24 March 2022).

-- The Hickory-1 well location is adjacent to the Trans Alaskan Oil Pipeline route and the Dalton Highway, the main north-south all-weather road.

88 Energy Limited (ASX:88E, AIM:88E, OTC:EEENF) (88 Energy or the Company) is pleased to advise that the interpretation of the recently licensed FB3D, which covers a significant area of the Project Icewine East leases, has been completed.

Results from this analysis and interpretation have been used to define 'sweet spots' for each of the mapped Shelf Margin Delta ( SMD ), Slope Fan System ( SFS ), Basin Floor Fan ( BFF ) and Kuparuk ( KUP ) play fairways. This analysis has played a key role in identifying the drilling location for the planned 2023 exploration well, Hickory-1, which is designed to intersect and test all four key play fairways.

Interpretation of the FB3D data included AVO analysis, where a comprehensive study of the FB3D seismic gathers across all offsets, ultimately produced a series of AVO attributes (such as fluid factor). These attributes can be used to further enhance existing 2D and 3D interpretation and reservoir understanding, as well as improve the probability of geological success and refine selection of target drilling locations.

Significantly, it was observed that the Fluid Factor attribute has identified areas of anomalous AVO behaviour within the FB3D area, which could indicate hydrocarbon content and/or superior pore volume (reservoir quality). It was also observed that good correlation existed between AVO signatures, RMS amplitude and the geological model at Icewine East.

The Hickory-1 exploration well is currently planned to be drilled during H1 2023 and has been designed as a vertical well to be drilled to approximately 12,500 feet to intersect and test all four key reservoirs noted in the recently announced prospective resource estimates for Icewine East.

Using the results from the initial analysis and interpretation of the FB3D, in combination with Icewine-1 well logs, 88 Energy has identified an optimal drilling location for Hickory-1, located adjacent to the Dalton Highway. This location intersects and will test the substantial potential oil volumes noted across all mapped play fairways, and in particular the SMD and BFF reservoirs. The well location is subject to permitting, as well as Joint Venture (88E 75.2% WI) and Government approvals.

"We continue to advance our Icewine East acreage towards the planned drilling of an exploration well next year. Importantly, the Hickory-1 well, and more generally the Icewine East acreage, has been significantly de-risked by the recent drilling and flow tests carried out on the adjacent acreage by Pantheon Resources, as well as data from the Icewine-1 well logs and the richly detailed FB3D data set. These existing data sets, and the multi-disciplinary evaluation undertaken on them, substantially increases our confidence in unlocking the potential of the Icewine East acreage."

The below graphics can be viewed in the pdf version of this announcement, which is available on the Company's website www.88energy.com:

This announcement has been authorised by the Board.

Project Icewine East (88E 75.2% WI) is located on the central North Slope of Alaska and encompasses approximately 82,846 gross acres. It is situated on-trend to recent discoveries by Pantheon Resources Plc (LSE:PANR) in multiple, newly successful play types across top- and bottom-set sands of the Schrader Bluff and Seabee formations. Independent mapping has demonstrated that these plays extend into the Icewine East acreage.

3. COS represents the geological chance of success as assessed by 88 Energy and reviewed and endorsed by LKA.

5. The Prospective Resources have not been adjusted for the chance of development. Quantifying the chance of development (COD) requires consideration of both economic and other contingencies, such as legal, regulatory, market access, political, social license, internal and external approvals and commitment to project finance and development timing. As many of these factors are outside the knowledge of LKA they must be used with caution.

6. Please refer to ASX announcement dated 23 August 2022 for further details in relation to the prospective resources estimate and associated risking with Icewine East.

Cautionary Statement: The estimated quantities of petroleum that may potentially be recovered by the application of a future development project(s) relate to undiscovered accumulations. These estimates have both an associated risk of discovery and a risk of development. Further exploration appraisal and evaluation is required to determine the existence of a significant quantity of potentially recoverable hydrocarbons.

88 Energy is pursuing an infrastructure-led exploration strategy at Icewine East. The Icewine East acreage is strategically located near to the Dalton Highway and with the Trans-Alaska Pipeline System (TAPS) transecting it. This delivers an immediate potential export route, expediting future development activities and, crucially, minimising costs and potential environmental impacts.

The Hickory-1 exploration well is currently planned to be drilled at Icewine East during H1 2023. The selected location is adjacent to the Dalton Highway. It is a vertical well designed to intersect and test all four key target reservoirs at Icewine East. 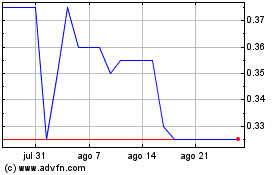 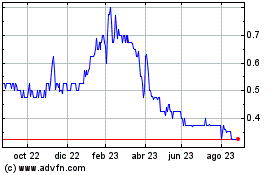 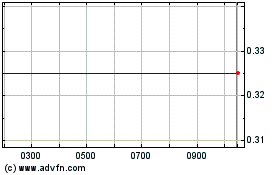