NOT FOR RELEASE, PUBLICATION OR DISTRIBUTION, IN WHOLE OR IN PART, IN, INTO, OR FROM THE UNITED STATES OR ANY OTHER JURISDICTION WHERE TO DO SO WOULD CONSTITUTE A VIOLATION OF THE RELEVANT LAWS OF THAT JURISDICTION

THIS ANNOUNCEMENT IS NOT AN OFFER OF SECURITIES FOR SALE IN ANY JURISDICTION, INCLUDING THE UNITED STATES.

THIS ANNOUNCEMENT CONTAINS INSIDE INFORMATION.

The Company reconfirms its commitment to its strategic partnership with, and retained shareholding in, Phoenix. With its strong capital resources, abrdn intends to return the net proceeds of the Placing to shareholders.

"Our strategic partnership with Phoenix, the largest life and pensions consolidator in Europe, remains important for us, as evidenced by the simplified and extended relationship we announced in February 2021. Through our disciplined management of capital, I am pleased that we are well positioned to return the proceeds of this transaction to shareholders."

The Company has a strong capital position with an indicative pro forma regulatory capital surplus (post IFPR) as at 30 September 2021 of c.GBP0.5 billion, including the impact of the interactive investor acquisition announced in December. In addition, abrdn has listed investments worth c.GBP2billion(1) , after adjusting for the Placing.

As such, abrdn intends to return the net proceeds of the Placing to shareholders, with the method and timing of the return to be announced as soon as practicable after the Company's results on 1 March.

The Company takes a disciplined approach to the management of its capital resources and will continue to invest in the business to accelerate its growth strategy and deliver long term value for shareholders.

The price per Placing Share will be determined by an accelerated book-building process to institutional investors facilitated by Goldman Sachs International ("Goldman Sachs"), to be launched immediately after release of this announcement. The book-building may be closed at any time and the results of the Placing will be announced as soon as practicable thereafter. The Placing is subject to demand, price and market conditions.

Goldman Sachs has been appointed by the Company as sole Global Coordinator and Bookrunner for the Placing. The Company has agreed not to sell or distribute any further shares from its proprietary shareholding in Phoenix for a period of 180 days after launch of the Placing (subject to customary carve outs, and waiver by Goldman Sachs).

A further announcement will be made following completion and pricing of the Placing.

Phoenix is not a party to the Placing and will not receive any proceeds from the Placing.

This announcement has been issued by and is the sole responsibility of the Company.

This announcement is for information purposes only and is not intended to and does not constitute an offer to sell, or the solicitation of an offer to subscribe for or buy, any shares nor any other securities in any jurisdiction. Shares will not be generally made available or marketed to the public in the United Kingdom or any other jurisdiction in connection with the Placing.

The distribution of this announcement into jurisdictions other than the United Kingdom may be restricted by law, and, therefore, persons into whose possession this announcement comes should inform themselves about and observe any such restrictions. Any failure to comply with any such restrictions may constitute a violation of the securities laws of such jurisdiction.

Goldman Sachs International, which is authorised by the Prudential Regulation Authority and regulated in the United Kingdom by the Financial Conduct Authority and the Prudential Regulation Authority, is acting for the Company in connection with the Placing and no-one else and they will not be responsible to anyone other than the Company for providing advice in relation to the Placing or any other matter referred to in this announcement.

This announcement does not constitute a recommendation to participate in the Placing. The price and value of securities and any income from them can go down as well as up. Past performance is not a guide to future performance. Acquiring shares may expose an investor to a significant risk of losing all of the amount invested. Potential investors should consult an independent financial advisor as to the suitability of the Placing for the entity or person concerned. The Company reserves the right not to proceed with the Placing or to vary the terms of the Placing in any way. 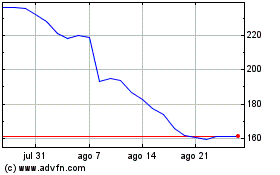 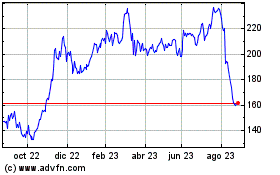 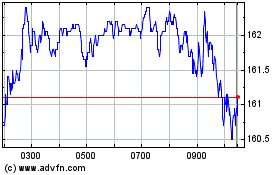