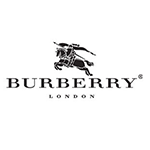 The FTSE 100 on Friday closed down 1.2% on the prospect of higher interest rates and a drop in U.K. retail sales. Most of the main stock indexes across Asia and Europe also ended the week on a sour note. The U.K. index has lost its year-to-date gains, AJ Bell's financial analyst Danni Hewson said. Only a few stocks closed higher, with British American Tobacco PLC, Burberry and GlaxoSmithKline among the three top gainers of the session. "These were typical places that investors (and the general public) hide when everything looks glum," Hewson said.

Eurocell PLC said Friday that it expects to report 2021 pretax profit slightly ahead of market expectations.

Close Brothers Group PLC said Friday that it has delivered a positive performance in its current fiscal year, benefiting from momentum in its businesses and a increased demand.

Metals Exploration PLC on Friday reported record gold sales and revenue for 2021, but forecast lower production in 2022. Here's what the Philippines-focused gold miner had to say:

Record PLC said Friday that its assets under management increased in the third quarter despite recording net outflows for the period.

TheWorks.co.uk Expects FY2022 to Be Above Views; Pretax Loss Narrowed

TheWorks.co.uk PLC said Friday that it expects an improved performance for fiscal 2022, and that its half-year pretax loss narrowed.

Shares in PHSC PLC jumped Friday in early trading after it announced a fresh share buyback program for up to 300,000 pounds ($408,000).

Totally PLC said Friday it has secured new contracts and a number of extensions valued at around 54 million pounds ($73.4 million) for the provision of urgent-care services across North East England, Staffordshire, Stoke-on-Trent and South East London.

Rockpool Acquisitions PLC said Friday that it has terminated the proposed acquisition of Greenview Gas Ltd., and that the board is considering potential alternative acquisition targets.

Trellus Health PLC said Friday that it has appointed Richard Evans as interim chief financial officer with immediate effect, replacing Salim Hamir who has been fulfilling the role on a part-time basis.

Shares in Playtech PLC dropped Friday after Eddie Jordan's JKO Play Ltd. said it no longer intends to make an offer for the gambling-technology company, ending a potential bidding war.

IHS Markit Ltd. said profit for its most recent quarter rose on a year-over-year basis as revenues for financial services, transportation and consolidated markets and solutions increased.

4imprint Group Can Win Market Share Thanks to Agile Mix

1203 GMT - 4imprint Group is a more nimble business now than it was in 2020, with more flexibility and capability to adjust its marketing mix in real time, Liberum says. The U.K.-listed marketer of promotional products has the potential to win market share thanks to its tendency to maintain its capabilities during recession, a time when its rivals appear to favor caution, the U.K. investment bank says. Liberum says 4imprint is a high-quality business that is financially strong and maintains its buy recommendation with a target price of 3,300 pence. Shares trade 1.1% higher at 2,660 pence.

1132 GMT - Whitbread's robust 3Q update has prompted Shore Capital to raise its revenue estimates. The U.K. investment group says it now expects accommodation revenue for fiscal 2023 to be flat, consistent with management expectations, and Ebitda returning to fiscal 2020 levels the following year as RevPAR recovers to pre-pandemic levels in calendar 2022. RevPAR is a key metric for a hotel's top-line performance, combining room rates with occupancy. Shore estimates that a recovery in Ebitda to GBP565 million will enable the FTSE 100 listed hotel-and-restaurant operator to cover capital investment requirements of around GBP400 million annually including expansion in Germany, out of internal cash generation. Shore rates at buy with a 3,099 pence target price.

1101 GMT - Playtech's value is center stage after Eddie Jordan's JKO Play said it won't bid for the FTSE 250 gambling-technology company, Peel Hunt says. The U.K. brokerage says press commentary Thursday suggested that JKO had been working with Entain in connection with a bid, with Entain interested in Playtech's Italian B2C business Snai. "The bid process has triggered an intense focus on Playtech's value and it is clear that there is value to be extracted from Playtech's interest in Caliente in Mexico and, we believe, from the Italian B2C business," it says. Peel Hunt has a hold rating on the stock with a 680-pence target price. Shares are down 15% at 618 pence.

1042 GMT - Close Brothers Group's five-month performance was solid despite weaker market conditions in Banking and Securities, Peel Hunt says. The U.K. merchant banking group's update had little unexpected news, with asset-management continuing to perform well and net inflows annualized at 8%, the brokerage says. "CBG is well positioned to accelerate growth when opportunities arise, but to date these have not materialized as soon as consensus had anticipated," it adds. Peel Hunt has a target price of 1,660 pence on the stock.

4imprint Should Return to Fundamental Growth in 2022 Despite Lingering Challenges

1023 GMT - 4imprint Group should see a return to fundamental growth--as opposed to recovery--in 2022, with the $1 billion revenue target possible in 2023, Peel Hunt says. The U.K. marketer of promotional products' cost inflation and supply chain challenges remain, but the issues surrounding the latter should ease this year, the U.K. brokerage says. "One impact of Covid may be to have materially changed the marketing mix and the point of marginal returns. If this is the case, margin recovery could be faster than we forecast currently," it adds. Peel Hunt has a buy rating on the stock with a target price of 3,100 pence. Shares trade up 1.1% at 2,660 pence.

0955 GMT - TheWorks.co.uk's 1H revenue increased 31% and LFL sales grew 15%, showing that the refit strategy of stocking more front-list products, like Christmas best sellers or branded games, is working well, Peel Hunt says. The London-listed value retailer historically has avoided this type of strategy, thinking that gross margins were low, Peel Hunt says. Despite the unchanged store numbers, the new format should accelerate its expansion, the U.K. brokerage adds. Peel Hunt has a buy rating on the stock with a target price of 100 pence. Shares are up 12% at 63.0 pence.

0843 GMT - The latest U.K. retail sales figures for December don't make for pleasant viewing, ING's developed markets economist James Smith says. Retail-sales volumes dropped 3.7% from a month earlier. "Some of this fall is undoubtedly linked to Omicron, given footfall appeared to have been a little lower in the run-up to Christmas," Smith says. But a lot of this also looks like a pullback after an unusually strong November and Black Friday, he adds. Strong October sales also hinted that consumers did more of their Christmas shopping early relative to past years, Smith says. ING says these figures are unlikely to move the needle much for the Bank of England, which looks poised to hike rates again in February. 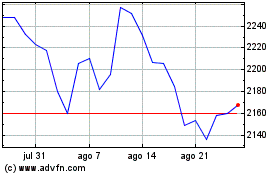 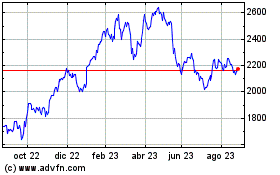