THIS ANNOUNCEMENT AND THE INFORMATION CONTAINED HEREIN (THE "ANNOUNCEMENT") IS RESTRICTED AND IS NOT FOR RELEASE, PUBLICATION OR DISTRIBUTION, DIRECTLY OR INDIRECTLY, IN WHOLE OR IN PART, IN, INTO OR FROM THE UNITED STATES, CANADA, AUSTRALIA, JAPAN, SOUTH AFRICA OR ANY OTHER JURISDICTION WHERE TO DO SO MIGHT CONSTITUTE A VIOLATION OF THE RELEVANT LAWS OR REGULATIONS OF SUCH JURISDICTION.

THIS ANNOUNCEMENT DOES NOT CONSTITUTE OR CONTAIN ANY INVITATION, SOLICITATION, RECOMMATION, OFFER OR ADVICE TO ANY PERSON TO SUBSCRIBE FOR, OTHERWISE ACQUIRE ANY SECURITIES OF THE COMPANY.

In addition, further to Echo's long stated intention to leverage its commercial and technical capabilities across the wider energy spectrum, including solar, the Company is pleased to announce its entry into the Chilean solar energy market with the entry of an option agreement to purchase a 70% interest in a 3MW solar project in Chile (the "Option") and the forming of a partnership with Chilean company, Land & Sea SpA ("LAS"), a highly experienced developer of solar projects in Chile, to fund, construct and operate the project.

During Q4 2021 daily operations in the field at Santa Cruz Sur continued with the delivery of produced gas and liquids to key industrial customers and total 2021 cumulative production from Santa Cruz Sur net to Echo's 70% interest reached an aggregate of 567,370 boe (including 2,920 MMscf of gas).

As previously announced, the successful implementation of the Company's strategy with the commercial focus on high-quality blends at Santa Cruz Sur, has continued to lead to an increased frequency of liquids sales throughout Q4 2021. Total liquids sales net to Echo over Q4 2021 reached 25,881 bbls which is an increase of 71% over the previous quarter (Q3 2021: 15,050 bbls).

-- Option in relation to the 3 MW Vincente Méndez solar project (the "Project") and Joint Venture with LAS, a highly experienced developer of solar projects in Chile

-- LAS will manage the Project locally, without a management fee, whilst Echo will maintain its 70% controlling interest in the Project SPV

-- Following construction and on the sale of the Project, the construction loan provided will be repaid to Echo at 4% interest, with remaining sale proceeds split 70% Echo and 30% LAS, after reimbursement of US$100,000 of historical LAS costs

-- If the option is exercised by Echo, gross construction capex for the Project is currently estimated at US$2.6 million and Echo will control the timing of expenditure

Under the Option agreement, the Company has the right to acquire a 70% interest in the Project, subject to certain conditions including the provision by the Company of the funding described below, with the intention to form a Joint Venture to construct and operate the Project. The Option is exercisable by the Company, in its sole discretion, at any time during the period up to 4 weeks from the date on which sufficient documentation has been provided to the Company required to enable a Final Investment Decision ("FID"). Echo's current intention is to exercise the Option providing final documentation, including supplier and service contracts, is provided confirming the attractiveness of potential Project returns and the availability of non-recourse or project finance funds sufficient to meet Echo's potential capex obligations. Further announcements will be made by the Company in this regard as appropriate.

By diversifying its asset portfolio via the entry of the Option, Echo will be well placed to capitalise on a new business segment that has the potential to provide low risk, stable cash flows, and attractive risk weighted returns that can support future investments in the base business in Santa Cruz Sur, whilst capitalising on complementary skills sets and geographic focus. Furthermore, Chile is a country with world class renewable energy resources; an established renewable energy industry and fiscal regime; excellent infrastructure; and ambitious energy transition targets.

Following careful analysis of multiple renewable energy projects, the Echo Board believe the Option to acquire an interest in the Project provides an important and exciting opportunity in the continued growth of the Company.

The Vincente Méndez solar project is located 4 km from Chillan, a city of around two hundred thousand people, in central Chile, less than 0.2 km from the grid connection point and near to trunkline electricity and transport infrastructure to the capital Santiago. In this area, where solar radiation levels are similar to Mediterranean Europe, 3 MW capacity is expected to produce around 5,800 MWh/year, which is approximately double the average output of a UK solar plant of the same size.

Importantly, the Project will be part of the Chilean PMGD Scheme (Pequeños Medios de Generación Distribuida) which provides access to a favourable and stabilised long-term price regime and a fast- tracked approval process. These aspects make the project low risk to the Company in the construction phase and attractive to potential future purchasers / investors once operational.

Following any FID and successful commercial negotiation of construction contracts, total gross capex for the Project is currently anticipated to be approximately US$2.6 million. Subject to FID, construction is expected to begin in Q2 2022 and to complete in Q3 2023.

Whilst Echo will maintain a controlling equity interest in the Project SPV, on the ground, the Project will be led by LAS, who have demonstrated their expertise by managing solar projects through construction to operation, most recently, a similar 3 MW solar plant with another international partner. The Company's partnership with LAS also provides access to LAS' pipeline of similar solar projects already in the planning stage, which can be used by the Company to scale up the renewables business. The Company expects to be able to secure project finance to fund this project in due course.

The transaction has been structured to ensure that the project is low risk to the Company, whilst providing exposure to the potential upside associated with the interest, with no capital risk prior to FID. LAS are responsible for any remaining costs prior to the exercise of the Option and FID and the timing of FID is controlled by the Company.

Following a FID, when the Project cost has been accurately defined with contracts, the Company will fund 100% of the Project capex in the form of a loan to the Project SPV. In the event of any future sale of the Project post-construction, the proceeds would be utilised to cover the 4% per annum interest on the loan, the loan principal and a US$100k historical cost reimbursement to LAS. The remaining net proceeds would then be distributed according to the partner's working interests.

If following construction, the attractiveness of pricing in the wholesale power markets is such that the JV believes it would be preferable to retain the project and sell electricity into the grid, the cash flows generated from electricity sales will be used to satisfy the historical cost repayment obligations in the same way. As at 31 December 2021 the Project SPV had estimated net assets of approximately US$100,000.

Currently the Project is approaching Ready-To-Build ("RTB") status, with LAS securing permits with relevant authorities and finalising the Engineering, Procurement & Construction ("EPC") contract and the provision of solar panels. Following successful FID, it is expected that the Project would begin construction around Q2 2022. The completion of construction and commencement of commercial operations, when electricity is supplied to the grid, is currently anticipated around Q3 2023.

This transaction is the next step towards becoming a full spectrum energy company leveraging the Company's Latin America strategic focus and strong relationships. The Company's base business in the Santa Cruz Sur assets in Argentina remains robust and a vital component of the ongoing business. In combination this transaction provides the Company with the ability, on exercise of the option, to better diversify the Company's portfolio, across commodity type and country risk, yet is still positioned to take advantage of strengthening oil and gas prices and production enhancement opportunities. Going forward the Company is well positioned to grow its renewables business and provide stable cash flows to further support investment activities in Santa Cruz Sur.

The Company continues to evaluate other opportunities in the renewable energy space in Latin America with its local partners, alongside its existing investment programme including the ongoing well workover programme in its Santa Cruz Sur portfolio. This innovative, low risk structure transaction is indicative of how the Company will aim to bring further assets into the Company at a low upfront cost to shareholders.

Issue of equity and warrants

In addition, the Company has also conditionally agreed to issue a further 78,260,869 warrants to subscribe for new Ordinary Shares exercisable at 0.65 pence per new Ordinary Share at any time until the second anniversary of issue (the "Second Subscription Warrants") subject to the receipt of the necessary share issuance authorities at the Company's 2022 annual general meeting.

The Subscription Shares will, when issued, rank pari passu in all respects with the Company's existing ordinary shares of 0.25 pence each ("Ordinary Shares") and application will be made for the Subscription Shares to be admitted to trading on AIM ("Admission"). Admission is expected to take place on or around 8.00 a.m. on 24 January 2022.

The net proceeds of the Subscription of approximately GBP600,000 will add to the Company's working capital resources and be applied towards the formation of the solar project Joint Venture to construct and operate the Project. As at 30 December 2021 the Company's unaudited cash balance, excluding Echo's 70% entitlement to cash balances held by the Santa Cruz Sur joint venture in Argentina, was approximately US$520,000.

Following Admission, the Company's issued share capital will comprise 1,452,491,345 Ordinary Shares. Each Ordinary Share has one voting right and no shares are held in treasury and this figure may be used by shareholders in the Company as the denominator for the calculation by which they will determine if they are required to notify their interest in, or a change to their interest in, the share capital of the Company under the Financial Conduct Authority's Disclosure Guidance and Transparency Rules.

"I am very pleased to be able to announce our first steps into the solar energy space via the entry of the partnership with LAS and this option agreement. The resultant JV represents what we hope will be the start of a long and fruitful relationship with LAS. This agreement is another example of Echo leveraging its in-house transactional capabilities to bring exciting and potentially highly value accretive assets into the business while at the same time minimising upfront cost to its shareholders.

Our Santa Cruz Sur assets provide Echo with a very robust base business, highlighted by the strong production numbers at the start of this year, and a strong foundation on which to add a new business segment. Chile is a sweet spot for renewable energy in Latin America, and our entry to the region diversifies our geographic footprint whilst providing near term catalysts as we progress the new project.

Our focus remains on balancing risk and reward in the most efficient way possible for our shareholders - as we broaden the range of our energy investment opportunities, we will be able to identify the best paths to value creation across both hydrocarbons and renewables, whilst also positioning the business for the energy transition." 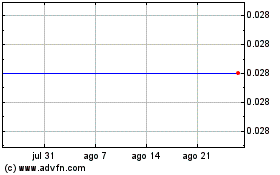 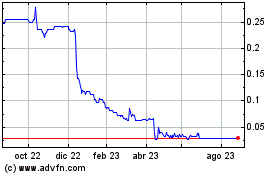 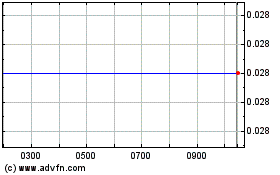