("Eco Atlantic", "Company", "Eco" or, together with its subsidiaries, the "Group")

Eco (Atlantic) Oil & Gas Ltd. (AIM: ECO, TSX-V:EOG), the oil and gas exploration company focused on the offshore Atlantic Margins, is pleased to announce the successful completion of an equity fundraise of US$12.3 million (subject to TSX Venture Exchange approval) (the "Equity Fundraise").

A total of 33,406,531 new common shares in the capital of the Company ("Common Shares") and 33,406,531 warrants to subscribe for Common Shares have been conditionally placed with, or subscribed for by new and existing institutional investors (including from South African focused investors), at a price of 30p (CAD0.48) per Placing Unit or Subscription Unit (as applicable and defined below) (the "Issue Price"). Each 30p unit comprises one new Common Share and one warrant to purchase one new Common Share at a price of US$0.40625 (33p; CAD0.5215) for a period of three years. On settlement, the Equity Fundraise will raise gross proceeds of US$12.3 million for the Company, consisting of:

The Placing Shares and Subscription Shares will, when issued, be credited as fully paid and will rank pari passu in all respects with the existing Common Shares of the Company, including, without limitation, the right to receive all dividends and other distributions declared, made or paid after the date of issue.

"We are pleased to be able to close this successful private placing. We are fortunate to be able to include some of the leading South African focussed funds in this financing, thus supporting the regional efforts to become energy independent and to promote the local partners and oil and gas exploration efforts in South Africa. The funds we are raising will be applied to our ongoing operations and will enable us to settle the cash consideration for the increased interest in Block 3B/4B announced earlier today, allowing us to retain our current cash resources to drill Gazania-1 well in Block 2B in South Africa in September. In addition, the proceeds will also be used to expedite exploration activities on Block 3B/4B and prepare for potential wells next year in Guyana and South Africa. The proceeds of this fund raise strengthen the Group's cash resources following termination of the transaction with JHI and its cash component.

As always, we are thankful to Africa Oil, which is participating in this round with an investment of US$1.8m. With over U$38m now in treasury, we are in a very strong financial position to fund all our current planned exploration needs in both South Africa , Namibia and Guyana including the drilling of the Gazania-1 well in September and additional near-term wells on Guyana Orinduik Block and in Block 3B/4B. "

Details of the Placing

The Placing and Subscription are conditional upon, inter alia, the placing agreement and subscription agreement, respectively, not being terminated in accordance with its terms.

Fox-Davies and the Company have today entered into an agreement with the Company in relation to the Placing (the "Placing Agreement").

The Placing is conditional on certain customary conditions taking place prior to certain dates including Admission by 30 June 2022 or such later date as is agreed but in any event not later than 8.00 a.m. in London, United Kingdom on 14 July 2022.

The Placing Agreement includes customary warranties and indemnities given by the Company in favour of Fox Davies. Fox-Davies are entitled at any time before Admission, to terminate the Placing Agreement in accordance with its terms in certain customary circumstances, including (without limitation) if any of the warranties have been breached, there has been a material and adverse effect on the market position or prospects of the Company or certain market disruption or force majeure events.

Details of the Warrants

The Placing Warrants and Subscription Warrants (together, the "Warrants") will be issued on the basis of one Warrant for every one Placing Share or Subscription Share purchased.

No fractional part of a Warrant will be issued and fractional entitlements will be rounded down to the nearest whole number. Each Warrant is subject to terms and gives the holder the right, for the period of three years following the date of Admission (as defined below), to subscribe for one new Common Share at an exercise price of US$0.40625 (33p; CAD0.5215). The Warrants will be unlisted, non-transferable and be issued in certificated form.

The Africa Oil Subscription is also a "Related Party Transaction" (as such term is defined in Canada in the "Multilateral Instrument 61-101 Protection of Minority Security Holders in Special Transactions") as it relates to the issuance of shares to Africa Oil, an "Insider" of Eco by virtue of its shareholdings. The Company will comply with the Instrument and will rely on the exemptions available in Sections 5.5 and 5.7 of the Instrument as they relate to the Subscription.

Further to the Company's announcement published today, the net proceeds from the Equity Fundraise are intended to be used to finance the cash consideration of US$1.5 million for the Company's acquisition of a further 6.25% Participating Interest in Block 3B/4B (the "Acquisition") and the remaining US$10.8 million will be used to reprocess 3D seismic data and commence potential well exploration operations at Block 3B/4B and Guyana Orinduik Block .

The Company has agreed to issue 180,000 new Common Shares to certain advisers in lieu of cash fees ("Fee Shares").

Application is being made to the London Stock Exchange plc for admission of the Placing Shares, Subscription Shares and Fee Shares to trading on AIM, which is expected to take place at 8.00 a.m. (BST) on or around 30 June 2022 and dealings on AIM will commence at the same time ("Admission"). The issuance of the Placing Shares and Subscription Shares is subject to approval by the TSX Venture Exchange.

Following Admission, the issued share capital of the Company will be 344,863,838 Common Shares (including the 2,702,702 new Common Shares, as announced by the Company this morning). The above figure may be used by shareholders as the denominator for the calculations by which they will determine if they are required to notify their interest in, or a change to their interest in, the share capital of the Company under the FCA's Disclosure Guidance and Transparency Rules.

For more information, please visit www.ecooilandgas.com or contact the following :

For the purposes of MAR and Article 2 of Commission Implementing Regulation (EU) 2016/1055 (as transposed into the laws of the United Kingdom), the person responsible for arranging for the release of this announcement on behalf of the Company is Gil Holzman, Co-Founder and CEO of Eco Atlantic.

Eco Atlantic is a TSX-V and AIM quoted Atlantic Margin focused oil & gas exploration company with offshore license interests in Guyana, Namibia, and South Africa. Eco aims to deliver material value for its stakeholders through its role in the energy transition to explore for low carbon intensity oil and gas in stable emerging markets close to infrastructure.

Offshore South Africa, Eco (through its subsidiary) is designated Operator and holds a 50% working interest in Block 2B, and a 20% Working Interest (to be increased to a 26.25% Working Interest, subject to Completion of the Acquisition) in Blocks 3B/4B operated by Africa Oil Corp., totalling some 20,643 km(2) . 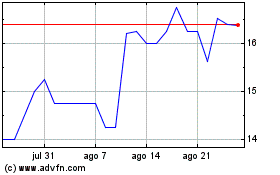 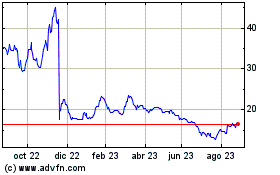 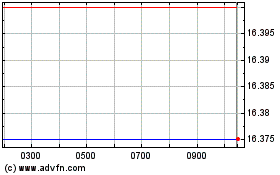