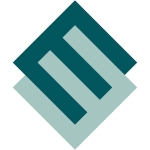 Empyrean Energy plc ("Empyrean" or the "Company"), the oil and gas development company with interests in China, Indonesia and the United States, advises that it has secured funding totalling GBP7.623 million through an equity placing and convertible loan note issue, the proceeds of which will complete the Company's funding requirements (on a dry hole basis) for the drilling of the Jade prospect at the Company's 100% owned Block 29/11 permit, offshore China, which is scheduled to be drilled in late December 2021.

A condition of the Convertible Note was that the Company secure commitments for a minimum of GBP3.0 million through an equity placement in conjunction with the Convertible Note, which it has now successfully achieved. The Company has accepted over-subscriptions above the GBP3.0 million threshold that will be used to partly fund testing of any oil column encountered whilst drilling, though further funding will be required should the Company encounter an oil column that requires testing. The Company has a number of alternatives for that further funding under consideration.

Significantly, the combined funds raised through the Placing and Convertible Note now complete the funding requirements (on a dry hole basis) for the drilling of the Jade Prospect. As announced in November 2021, Empyrean executed an Integrated Drilling Contract ("IDC") with China Oilfield Services Limited ("COSL") which confirmed a substantially reduced turnkey quote for the drilling of the Jade prospect of US$12.38 million on a dry hole basis, an approximate 34% saving on the initial quote. On a success basis, testing of any oil column has been quoted at an additional US$7.4 million. Immediately following the Placing and Convertible Note issue, the Company will have GBP10.68m (approx US$14.2m) cash on hand.

Following the Placing, the Company's enlarged issued share capital will comprise 637,320,780 ordinary shares of 0.2p each (the "Shares"), each with voting rights. This figure may be used by shareholders as the denominator for the calculations by which they will determine if they are required to notify their interest in, or a change to their interest in, securities of the Company under the Financial Conduct Authority's Disclosure and Transparency Rules.

Funds raised from the proceeds of the Placing and Convertible Note will primarily be used for final drilling preparation activities and the drilling of the Jade prospect, and for the Company's general working capital requirements.

COSL has currently assigned the NH8 drill rig to drill the Jade prospect. The Company engaged COSL back in October to complete a required well site survey over the Jade drill location. The well site survey requires 5 days of suitable sea conditions, including swells less than 1.2m, in order to complete this survey. Sea conditions have not allowed this survey to proceed as at today's date. The Company and COSL will complete this survey as soon as sea conditions allow, and the survey vessel is fully equipped and on standby to mobilise immediately should weather conditions allow. The well site survey is critical to 2 of 8 essential permits required to drill. A total of 5 permit applications have already been made and are expected to be granted in the coming weeks. The last permit relates to the oil spill response plan which is currently nearing completion and expected to be lodged within the coming week. As these permits are granted, the Company will provide updates by way of announcement.

It is expected that the Jade prospect will take approximately 26 days to reach total depth, with the testing of any oil column encountered expected to take a further 14 days. The Jade prospect is targeting a potentially world class conventional carbonate reservoir, with discoveries nearby producing sweet light oil in the 38-41 api range. Four recent nearby discoveries exhibit gas clouds on 3D seismic in the overburden rocks above the reservoir and seal. This feature is not exhibited in nearby dry wells. Empyrean's Jade and Topaz prospects both exhibit gas clouds on 3D seismic similar to nearby discoveries. Any discovery at the Jade prospect will significantly further de-risk the 'double the size of Jade' target at the Topaz prospect.

Empyrean has a 100% working interest in Jade during the exploration phase of the project. Empyrean's partner in the project, China National Offshore Oil Corporation ('CNOOC"), has the right to assume a 51% interest in the project during the development of any discovery. Exploration costs are recovered at an accelerated rate from first production. Development costs are also recovered from first production along with 9% interest.

The Company recently made a payment totalling US$1.98 million to China Oilfield Services Limited ("COSL"), representing a 10% deposit (US$1.23m) on the dry hole cost component of the Integrated Drilling Contract ("IDC") signed with COSL plus mobilisation costs (US$0.75m); however, the Company has been informed that this payment has not been received by COSL and appears to have been redirected to an unknown third party as a result of a sophisticated cyber fraud perpetrated against COSL and the Company.

The Company is currently working with its bank, the recipient bank and the police authorities in three jurisdictions and can confirm that the recipient bank account has been frozen and that recovery actions have commenced. It is not known at this stage whether the full funds will be recovered. The Company has notified and opened case files with the police in the UK, Singapore and the Federal Police in Australia and criminal investigations have duly commenced. The Company has notified its insurers and has also taken action to ensure the integrity of its own IT systems.

While these investigations take their course, the Company has held proactive discussions with COSL, with both parties agreeing in good faith to continue with drilling preparation activities without delay.

Despite this incident, Empyrean is fully funded to drill the Jade Prospect and will continue to work cooperatively to ensure that activities remain on track. Further updates will be provided as the criminal investigations progress. It is anticipated that this will take several months to complete.

The information contained in this announcement has been reviewed by Empyrean's Executive Technical director, Gaz Bisht, who has over 31 years' experience as a hydrocarbon geologist and geoscientist.

Tom Kelly, CEO of Empyrean, commented on the Placing:

"We are extremely pleased to successfully raise the necessary funding to complete our drill preparation activities and drill the exciting Jade Prospect in China, which remains on target to commence shortly after weather conditions allow us to complete the well site survey.

Drilling the large Jade prospect will be the culmination of over five years of systematic, thorough and dedicated hard work by our technical team led by Gaz Bisht. Gaz has overseen this project since its inception, through acquiring 3D data and the excellent additional and thorough pre-drill exploration. We are now getting ready to drill, and this conventional light oil 395 million barrel in place target has been given a 32% geological chance of success by Gaffney Cline. Empyrean ranks that chance at 41%. It is now time to let the drill bit do the talking. We have high hopes for both the Jade and Topaz prospects and in addition we have a great methane gas discovery at Mako in Indonesia to focus on in the future.

I'd like to extend special thanks to the Lender and its team, whom we welcome as a note holder and future shareholder, and to all new and existing shareholders who supported this raising and to those who have supported the Company throughout the build up to this potentially transformational point in the Company's history. I'd also like to again commend our partners CNOOC on their co-operative approach and assistance throughout this process. We now look forward to updating shareholders on the final drilling preparation activities, including the well site survey, and the announcement of the spud date for the hugely exciting Jade Prospect." 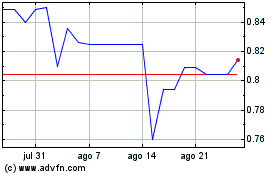 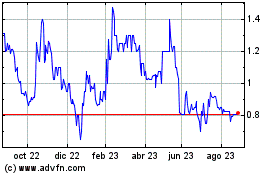 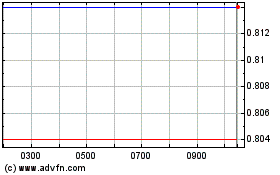