-- Commercial discovery made by the Athena exploration well, containing recoverable gas volumes of 8 bcm (283 bcf / 51 mmboe) on a standalone basis.

"I am pleased to report that Energean has had a strong start to the year. We have delivered record quarterly revenue and EBITDAX, our production performance is within guidance and our flagship project Karish is on track for first gas in Q3 this year.

"2022 will be a transformational year for Energean and we have already delivered on several of our 2022 milestones. We have announced our inaugural dividend policy, we have made a commercial gas discovery at Athena in our Israel drilling campaign, and we have signed an additional commercialisation agreement for our gas in Israel. I look forward to continuing to deliver on our promises to our shareholders and broader stakeholder communities for the remainder of the year."

The Energean Power FPSO is expected to arrive in Israel in early June and will immediately commence hook-up and offshore commissioning operations, which includes risers and jumpers installation as well as the commissioning of the sales gas pipeline. Energean expects approximately three to four months of commissioning and hook-up activities between the FPSO's arrival and first gas.

The KN-01 exploration well will be re-entered, side-tracked and completed as a production well as part of the Israel growth drilling campaign, expected during the summer 2022, following the completion of the Karish Main-04 appraisal well.

Karish North is expected to commence production in H2 2023.

The second oil train and second gas sales riser are progressing on schedule and are on track to come onstream in H2 2023.

As announced on 9 May 2022, a commercial discovery was made by the Athena exploration well, Block 12, in the A, B and C sands. Preliminary analysis indicates that the Athena discovery contains recoverable gas volumes of 8 bcm (283 bcf / (51 mmboe)) on a standalone basis.

Multiple commercialisation options are under evaluation for a standalone tie-back to the Energean Power FPSO or as part of a new Olympus Area development.

In May 2022, the Stena IceMAX re-spudded the Karish Main-04 exploration and appraisal well, of which the top hole had already been drilled.

After KM-04 the following wells will be drilled, in order of sequence:

A decision on whether to drill the optional wells, as part of this drilling campaign, will be made by the end of Q2 2022.

In May 2022, Energean announced that it had signed a new GSPA, representing up to 0.8 Bcm/yr, to supply gas to the East Hagit Power Plant Limited Partnership, a partnership between the Edeltech Group and Shikun & Binui Energy.

Also in May 2022, Energean Israel signed an amendment to the OPC GSPAs with OPC Rotem and OPC Hadera. The amendment has secured additional near-term cash flows for Energean following first gas during the transition period, which is the period when the buyers transition from their existing agreements in the ramp-up period to the full total annual contracted quantities of 0.7 bcm/yr.

NEA/NI was 53.1 % complete as of 30 April 2022. Subsea installation operations began in late May, after which the first well will be drilled. First gas from the first well is expected in H2 2022.

First gas from Cassiopea remains on track for H1 2024.

In the 4-months to 30 April 2022, w orking interest production from the rest of the portfolio averaged 1.3 kboed (32% gas), at the lower end of the full year production guidance of 1.0-2.0 kboed due to a delay in the re-start of the Prinos Assets in Greece to ensure full health and safety compliance.

First oil from the Epsilon development is expected in mid-2023.

Pre-FEED for the Prinos CCS project is progressing well and is expected to complete during Q2 2022.

Energean is continuing FEED activities for the development of the Irena gas field, located five kilometres north of the Izabela field offshore Croatia, with the target to take FID on the project in Q4 2022. Energean is also undertaking an assessment of the adjacent Ivona prospect, which has the potential to add additional gas volumes in Croatia.

Energean has received interest from third parties with respect to the potential sale of its UK assets portfolio and is continuing to consider and develop its options.

Energean is continuing to assess potential farm-out options for the drilling of a cluster of near shore gas prospects for Blocks 26 and 30 ahead of the licence expiry date of 14 July 2022.

The table below presents Energean's key results to 31 March 2022.

[1] As measured by project milestones under the TechnipFMC EPCIC

[2] As measured by project milestones under the TechnipFMC EPCIC 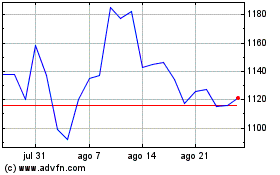 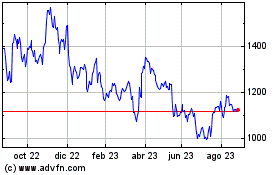 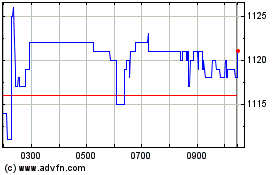