"The Group has delivered good production performance from its operated assets since the beginning of the year and we expect full year production around the mid-point of our guidance range. During the fourth quarter, the Group successfully completed the North West Magnus well, which is delivering strong performance since completion. During the planned shutdown at Magnus we made modifications to enable additional gas production of up to 20 mmscfd. Further workover activities at Magnus and drilling activities at PM8/Seligi and Golden Eagle are ongoing.

"Building on our excellent operational performance and deleveraging during the first half of the year, we are on track to deliver on our 2022 targets. Supported by the successful refinancing of our capital structure, we continue to progress towards our net debt to EBITDA target of 0.5x, which will enable us to consider our broader capital allocation priorities, including potential returns to shareholders in the longer term.

"Looking ahead towards 2023, we will maintain our disciplined approach, focusing on low-cost and quick payback organic opportunities as we plan our well work programmes for Magnus, PM8/Seligi and Golden Eagle. We continue to make good progress in maturing our infrastructure and new energy business in a capital light manner.

"While the recently announced increase and extension of the duration of the Energy Profits Levy is particularly disappointing and threatens the delivery of UK's twin objectives of long-term energy security and decarbonisation, we remain committed to the UK North Sea and delivery of value to our stakeholders."

-- Average net Group production in the ten months to end October 2022 was 46,593 Boepd, an increase of 5.2% against the same period last year

-- The North West Magnus well came online in mid-October, with oil and gas production rates in line with expectations. Modifications were made during the planned maintenance shutdown to allow for indigenous Magnus gas exports of up to 20 mmscfd

-- Kraken and PM8/Seligi continue to deliver strong uptime of 92% and 89%, respectively

-- The Group continues to see inflationary pressure across the supply chain. Disciplined cost management and the benefit of a weakened pound, with around 80% of EnQuest's cost base being denominated in Sterling, provide the offset to inflationary increases to date

-- In October 2022, the Group successfully executed the refinancing of its capital structure, redeeming its $792 million outstanding 2023 7% high yield bond through a combination of a $400 million cash draw down from the new $500 million reserves-based lending ('RBL') facility, issuance of a new $305 million high yield bond, and cash on the balance sheet

-- The increase in the Energy Profits Levy will impact free cash flow generation and the pace of deleveraging for the Group. However, the Group will continue to exercise strong cost discipline and optimise its capital programmes to mitigate the impact of the levy, with particular focus on the organic investment opportunities at Magnus and Kraken

-- In line with the requirements of the RBL facility, the Group intends to enter into additional hedges representing 45% of its net entitlement production for the first 12 month period and up to 35% for the subsequent 12 month period

-- Operating expenditure, cash capital and decommissioning expenditures are all expected to be lower than originally guided at c.$400 million, c.$120 million and c.$60 million, respectively. These reductions are driven by a combination of favourable foreign exchange rates, changes in work programmes, particularly with regard to Magnus well activity, and cash phasing of expenditures

(1) Golden Eagle comparator represents contribution for the period 22 to 31 October 2021, averaged over the ten months to the end of October 2021

Production at Magnus has averaged 11,493 Boepd for the ten months to end October 2022. The planned annual shutdown was completed in 24 days and all major scopes were executed, with the primary focus on compressor maintenance activities to underpin future improved production efficiency. Additional modifications were also undertaken to allow for indigenous Magnus gas exports of up to 20 mmscfd.

Following the successful completion of the North West Magnus infill well, early production rates have been strong, with average Magnus production during October of c.17,000 Boepd. Accordingly, the Group is progressing plans to drill a water injection well in the first quarter of 2023 to provide pressure support to this well.

The Group's well intervention programme returned two wells to service in the first half of 2022 and work is ongoing to reinstate production from a third producer around the end of the year.

During the ten months to end October 2022, average gross production was 26,370 Boepd (net 18,591 Boepd), which is around the upper end of guidance. The floating production, storage and offloading vessel ('FPSO') continues to deliver top quartile performance, with production efficiency of 92% and water injection efficiency of 93%, with the reduction in production from 2021 reflecting the impact of the third quarter shutdown and natural decline.

The planned shutdown was optimised to facilitate single processing train operations for one week of the two-week programme of activities, with all key scopes executed ahead of schedule.

Year to date October production was 6,542 Boepd. While production efficiency remained strong at over 95%, production is lower than expected due to higher than anticipated rates of decline. EnQuest is working with the operator to identify and implement mitigations.

The two well infill drilling campaign commenced as planned in early September. The first well did not locate reservoir-quality sands above oil water contact and was subsequently plugged and abandoned dry. Drilling of the second well has begun, but progress is slower than expected.

Production for the ten months to end October 2021 averaged 3,542 Boepd, in line with expectations.

The Sullom Voe Terminal ('SVT') and its related infrastructure continues to maintain safe and reliable performance, with 100% export service availability during the year to date.

EnQuest continues to develop cost-effective and efficient plans to repurpose the terminal site and connected offshore infrastructure and is well positioned to harness the significant renewable energy potential in the area, exemplified by the award of 2.8GW of nearby offshore wind licences in the recent Scotwind licensing round (NE1 Area). The Group continues to mature a number of global scale decarbonisation opportunities, including carbon capture and storage, electrification and green hydrogen. Having secured an exclusivity agreement with the Shetland Islands Council to progress new energy opportunities at SVT, EnQuest is well placed to deliver on these new energy ambitions in conjunction with potential strategic and financial partners.

In September, EnQuest submitted applications to the North Sea Transition Authority ('NSTA') for two carbon capture and storage ('CCS') licences areas. Licences are anticipated to be awarded in the first quarter of 2023 and the Group hopes for a positive outcome in respect of these areas which are accessible from EnQuest's existing owned and operated infrastructure. Initial development plans are progressing around significant infrastructure reuse and repurposing to optimise capital cost and minimise environmental impact, targeting development of a flexible storage hub capable of accommodating up to ten million tonnes of CO2 per annum from emitters in UK, Europe and beyond.

During September, EnQuest awarded the Heather topsides removal contract with a single lift operation scheduled in 2025. A separate process is underway in relation to the Heather jacket removal scope, while advanced negotiations continue with a preferred partner to execute the combined Thistle topsides and jacket removals scopes.

At Dons, subsea infrastructure removal within the 500-metre zone has been completed on time and budget, with the final phase executed in October.

For the ten months to end October 2022, average production in Malaysia was 6,425 Boepd, representing a 26.5% increase over the same period last year. This increase has been driven by the successful four-well workover campaign and the delivery of the Group's first horizontal well at PM8/Seligi being brought on stream, both of which were completed in July.

During November, a further horizontal well was brought online, with drilling to commence on a third horizontal well in the coming days with first oil expected during December.

The increase in the Energy Profits Levy will impact the free cash flow generation and the pace of deleveraging for the Group, with the first payment on account in December 2022. The Group will continue to exercise strong cost discipline and optimise its capital programmes to mitigate the impact of the levy.

EnQuest is providing creative solutions through the energy transition. As an independent production and development company with operations in the UK North Sea and Malaysia, the Group's strategic vision is to be the operator of choice for maturing and underdeveloped hydrocarbon assets by focusing on operational excellence, differential capability, value enhancement and financial discipline.

EnQuest PLC trades on both the London Stock Exchange and the NASDAQ OMX Stockholm.

Please visit our website www.enquest.com for more information on our global operations.

Forward-looking statements: This announcement may contain certain forward-looking statements with respect to EnQuest's expectations and plans, strategy, management's objectives, future performance, production, reserves, costs, revenues and other trend information. These statements and forecasts involve risk and uncertainty because they relate to events and depend upon circumstances that may occur in the future. There are a number of factors which could cause actual results or developments to differ materially from those expressed or implied by these forward-looking statements and forecasts. The statements have been made with reference to forecast price changes, economic conditions and the current regulatory environment. Nothing in this announcement should be construed as a profit forecast. Past share performance cannot be relied upon as a guide to future performance. 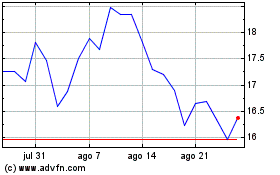 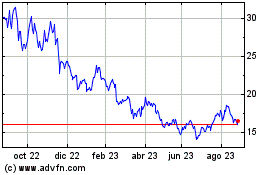 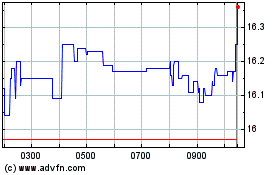