Esken Limited ("Esken"), t he aviation and energy infrastructure group, has concluded its role as strategic partner and operator of Teesside International Airport.

Esken played a key role in initially supporting Teesside International Airport's development following its acquisition by the Tees Valley Mayor and Combined Authority on 24 January 2019 and return to public ownership.

Over the last 12 months, Teesside International Airport has secured an airline partnership with Loganair, attracted new routes and installed a strong, experienced leadership team, with the oversight of the Tees Valley Mayor and Combined Authority. Given these positive developments, Teesside International Airport no longer requires the support of Esken as an external strategic partner.

As a result of these positive developments, Esken will cease its management agreement with the airport and transfer its 25% ownership of Teesside International Airport to a new Teesside Airport Foundation for a nominal consideration (the "Disposal"). Esken may be entitled to a deferred consideration. If there were to be a future sale of Teesside International Airport before 25 January 2023 Esken has agreed with Tees Valley Combined Authority that Esken would be entitled to share in the proceeds of that sale up to an amount not exceeding GBP31.3m.

Executive Chairman David Shearer said, "We are pleased to have had the opportunity to play a role in supporting Teesside International Airport's return to public ownership and help it on the start of a journey that is now underway with a multimillion-pound overhaul of the terminal."

Tees Valley Mayor Ben Houchen said, "Esken has played a key role in supporting Teesside International Airport with the transition back into public ownership. Their hard work has been an important part of getting us to this point. As we enter a new phase in the airport's transformation and development, I'd like to thank them for the role they have played helping us get ahead of schedule in delivering our 10-year plan for our airport."

The Disposal described above constitutes a Class 2 transaction for Esken for the purposes of the Financial Conduct Authority's Listing Rules. Esken's shareholding in Teesside International Airport was treated as an investment on the Group's balance sheet and ascribed a GBPnil value as at 28 February 2021. A GBPnil value will be ascribed to the deferred consideration. Esken's shareholding in Teesside International Airport did not contribute to the Group's full year results for the year ended 28 February 2021. Any proceeds arising from the Disposal will be used for general corporate purposes. 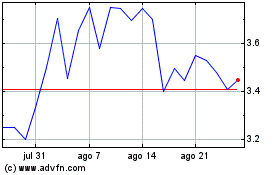 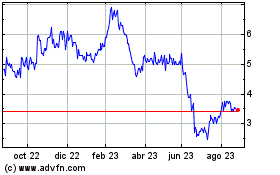 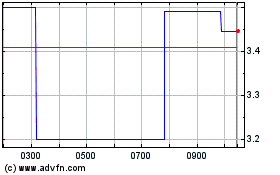