-- Results are in line with the hydrogeological conditions assumed within the Company's existing planned development model for a potential underground lead, zinc and silver mine at Toral (please refer to the Appendix below for Bara Consulting/AMS' previously reported preliminary economic study highlights)

The independent study was commissioned from, and carried out by, CRS Ingenieria ( www.crsingenieria.es ), and has now been concluded following an extensive testing programme undertaken over a 5 month period encompassing a central bore hole and a series of water monitoring piezometers. Data recovery and logging utilised a series of indicator dyes released into the water system at various points with subsequent monitoring their presence across a network of piezometers across the deposit. Using the hydrogeological software module of Rocscience Inc.'s RS2 software, three levels or horizons have been modelled in the karst system, each being assigned a permeability based on the results obtained from the pumping tests (2021) and utilisation of a conceptual model of the system.

The study's findings allow Europa Metals to establish an initial understanding of the approximate underground connectivity, flow and permeability within the head area and central area of the system.

The pumping tests reinforced the current hydrogeological model for the Toral Project in terms of the variation of permeability at depth from previous tests. Accordingly, it has facilitated the evaluation of, and estimation of a range of permeability for, the epiphreatic zone (non-saturated) and the shallow phreatic (saturated) in a central area of the system, almost 1km from the river (discharge) and approximately 0.8km from the headwaters.

The hydraulic connections (established through dyes released at injection wells) between hole TOD-018 and the wells located along the carbonated outcrop (TOP-026, TOP-027, TOD-023 and P-16) and the Sil River have now been assessed, with a clear flow line between the head area (TOD-018) of the system and its discharge into the river. The hydraulic connection of the P-11 well with the Sil River has also been verified.

These connections establish the entire route of the underground flow, from the head areas to the discharge zone, thereby validating the structure and operation of the proposed conceptual underground mining development model as outlined by Bara Consulting in the Company's announcement of 18 November 2020.

The detection of fluorescein in the TOP-027 well enables Europa Metals to evaluate the flow rate between this well, located in the central area of the system, and the Injection Well (at hole TOD-018), a distance of 785m away.

It took 22 days for the first fluorescein to reach the pumping well (TOP-026) and a further 6 days for it to reach peak concentration. Accordingly, the transit speed of the underground flow is approximately 30-36m/day. Such speed is relatively slow compared to other modelled karst systems and suggests extensive development of functional caverns and flows in free circulation. Consequently, the live well results correspond to the characteristic speeds associated with those of a typical low-medium karstification and corresponding flows within the saturated zone. This supports and reinforces the historical data obtained from previous tests and strengthens the Company's proposed hydrogeological model for Toral.

"Following an extensive hydrogeological campaign, I am delighted to report the findings of CRS Ingenieria's independent study, which fall within the parameters of those previously modelled and established for Toral. This represents a step forward for the project with a responsible and appropriate water strategy, accredited by third parties and adhering to best practice regional regulations and federal Spanish law .

"Our work relating to hydrogeology and the local environment is ongoing, but this study supports our decision to press ahead with the planned 2022 drilling campaign. This campaign will commence in the New Year and involve both resource drilling and a series of shallow geotechnical drilling. The geotechnical component will be designed to assess the suitability of ground conditions for plant site infrastructure as well as the suitability of local disused quarry sites, which in turn could form part of a reclamation strategy following consultation with local community groups, by way of filling in areas with inert waste material from crushing during future production activities and then landscaping the areas concerned."

For further information on the Company, please visit:

The information contained within this announcement is deemed by the Company to constitute inside information as stipulated under the Market Abuse Regulation (EU) No. 596/2014 as it forms part of United Kingdom domestic law by virtue of the European Union (Withdrawal) Act 2018, as amended.

The pre-existing Inferred and Indicated resource for the Pb-Zn-Ag mineralisation located on the Toral property, licence number 15.199, has been independently estimated at various cut-offs. For the Toral deposit's resource, the economic cut-off was determined by calculation of block revenue factors based on Zn equivalent calculations derived from an historical three-year trailing average for Zn, Pb and Ag prices. Indicative mining and processing costs derived from a 2020 scoping study and typical of the region and deposit type were applied along with typical mining recovery and dilution factors and metallurgical recovery factors identified from laboratory studies and production at comparable third party deposits and accepted by Addison Mining Services Limited ("AMS"). For reporting purposes in compliance with JORC (2012), an economic cut-off grade of 4% Zn equivalent (including Pb and Ag credits) was selected in consideration of the aforementioned factors and allowing for some increase in commodity prices in order to define resources with a reasonable prospect of eventual economic extraction.

The latest Mineral Resource Estimate commissioned from AMS and effective as of 14 September 2021 for the Toral deposit comprised:

* - Zn Eq (PbAg)% is the calculated Zn equivalent incorporating silver credits as well as lead and is the parameter used to define the cut-off grade used for reporting resources (Zn Eq (PbAg)% = Zn + Pb*0.867 + Ag*0.027). Zn Equivalent calculations were based on 3-year trailing average price statistics obtained from the London Metal Exchange and London Bullion Market Association giving an average Zn price of US$2,516/t, Pb price of US$1,961/t and Ag price of US$19.4/oz. Recovery and selling factors were incorporated into the calculation of Zn Eq values. It is the Company's opinion that all the elements included in the metal equivalents calculation (zinc, lead and silver) have a reasonable potential to be recovered and sold.

Based on a previous mineral resource estimate, the key findings of an independent preliminary economic study commissioned from Bara Consulting and AMS and announced by the Company on 18 November 2020 were as follows: 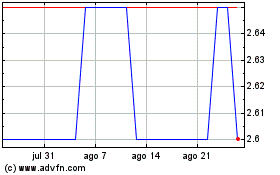 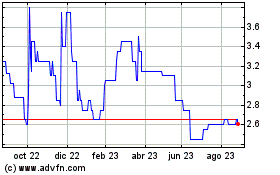 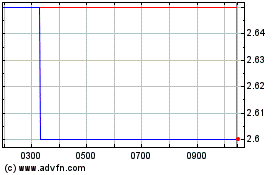