Frontier Developments plc (AIM: FDEV, "Frontier" or the "Company"), a leading developer and publisher of videogames based in Cambridge, UK , provides an update on trading for financial year FY22, the 12 months ended 31 May 2022.

Building on the growth achieved in the first half of the financial year and a monthly sales record in December 2021, a strong trading performance in the period 1 January to 31 May 2022 helped to deliver record annual revenue of approximately GBP114 million in FY22. This unaudited result is 26% above the previous record of GBP90.7 million, achieved in FY21.

FY22 benefitted from the release of another successful new Frontier title, Jurassic World Evolution 2, which has continued to attract an expanding player base since its launch in November 2021. By 31 May 2022 Jurassic World Evolution 2 had achieved over 1.3 million base game units sold across all platforms and formats, excluding base game digital downloads through Microsoft's Game Pass subscription service, through which the base game became available on 17 May 2022.

The development and release of paid-downloadable content ('PDLC') and free content has, as usual, been an important element of our strategy in continuing to engage and entertain existing Jurassic World Evolution 2 players whilst attracting new ones. We have seen strong uptake of the three separate PDLC packs available as at 31 May 2022.

This major new expansion for Jurassic World Evolution 2 is set to deliver a strong start for FY23, and additional PDLC will be released during FY23.

As previously reported, following the launch of the major Odyssey expansion over a year ago, in May 2021, Elite Dangerous revenue in FY22 fell below our original expectations. We are focussing on supporting and growing our player community, and will build on the narrative aspects of Elite Dangerous during FY23.

Adjusted EBITDA, which we referred to as 'operating cash flow' in previous years, is a measure of cash operating profit, being earnings before interest, tax, depreciation, amortisation charges related to game developments and Frontier's game technology, less investments in game developments and Frontier's game technology, and excluding share based payment charges and other non-cash items.

Subject to audit, adjusted EBITDA in FY22 is anticipated to be in line with expectations at approximately GBP7-8 million versus GBP12 million reported for FY21. The year on year reduction reflects greater investment in significant game developments for release in future years, including F1(R) Manager 2022 for this summer (in FY23), and our Warhammer Age of Sigmar real-time strategy game for FY24.

Due to the lower than expected engagement with Elite Dangerous: Odyssey on PC, and the decision to cancel the console development of this major expansion, the Board has prudently decided to fully amortise the Elite Dangerous: Odyssey capitalised intangible asset as at 31 May 2022. The resulting additional amortisation charge in FY22 is expected to be approximately GBP7 million.

This non-cash accounting adjustment has no impact on cash flow, cash balances, or adjusted EBITDA, but will reduce operating profit as reported under IFRS for FY22. Subject to audit, operating profit as reported under IFRS is expected to be approximately GBP1-2 million after deduction of the one-off GBP7 million Elite Dangerous: Odyssey amortisation charge.

Frontier continues to benefit from a strong balance sheet, with total cash balances at 31 May 2022 (unaudited) of GBP39 million (31 May 2021: GBP42 million). The small reduction in cash during the financial year reflected a greater investment in significant game developments for release in future years, and the GBP5 million purchase of shares by the Employee Benefit Trust undertaken in April 2022 to satisfy future share option exercises by employees .

On 7 June 2022 we announced, to a very positive response, our officially licensed Formula 1(R) management simulation, F1(R) Manager 2022, launching on 30 August 2022 across PC, PlayStation(R) 5, Xbox Series X|S, PlayStation(R) 4 and Xbox One. Pre-order sales are now live, with early access from 25 August for those who pre-order. F1(R) Manager 2022 is the first of our annual Formula 1(R) titles as part of our exclusive licence for Formula 1(R) management games.

Stepping into the role of Team Principal, one of the highest-pressure roles in motorsport, players will lead their chosen team to glory in the 2022 FIA Formula One World Championship(TM) and beyond. F1(R) Manager 2022 offers fans an unrivalled F1(R) experience, capturing in unprecedented detail the world of F1(R) and the high-octane excitement of running a team. From the paddock to the podium, players will need to manage decisions on and off the track to ensure their success, all while balancing the books and satisfying both the board and the all-important team sponsors.

Our talented people have delivered record revenue for FY22 and are working hard on nurturing our existing games whilst developing new titles. We welcomed a record number of people to Frontier during FY22, with 272 new starters, helping grow our diverse and multi-disciplinary team to 790 people as at 31 May 2022.

Frontier has a long track record of creating innovative, high quality games while recognising that a commitment to productivity and efficiency underpins our long term success. We are expanding our team to bring more games and content to new and existing players through our portfolio of genre-leading titles. We are also investing in the development of our team, mindful of the stresses and strains that come with rapid growth.

Over the medium term, the Board expects Frontier to continue to grow revenue by around 20% on average per annum, with any annual growth rate variability largely driven by the number and scale of new releases in each year.

We begin FY23 in excellent shape. Our portfolio continues to thrive, with Elite Dangerous, Jurassic World Evolution 2 and Planet Zoo, all set to benefit from new DLC during FY23. Our major new game release in FY23 is F1 Manager 2022.

This new financial year for Frontier Foundry is also off to a good start following the successful release of Warhammer 40,000: Chaos Gate - Daemonhunters in May 2022. We have three new Frontier Foundry game releases planned for FY23 including Deliver Us Mars.

The Board is comfortable with current analyst expectations for FY23 based on the expected performance of our existing games and the anticipated success with our planned new releases.

With F1(R) Manager 2022 scheduled for release on 30 August 2022 (25 August for those who pre-order), we expect to provide a trading update on FY23 in mid-September 2022, alongside the publication of our full audited FY22 financial results.

"We've had another year of solid growth. Following its launch in November 2021, our player base for Jurassic World Evolution 2 has continued to expand, as expected. We are now very well set up for the future, with the Dominion expansion and bundles launching today for Jurassic World Evolution 2, and F1 Manager 2022 due later this summer. The team has done a great job this year, overcoming many challenges and working tirelessly to support our games and our players. Our games label, Frontier Foundry, has performed well too, with Warhammer 40,000: Chaos Gate - Daemonhunters launching right at the end of the financial year and looking good for FY23 too, with further exciting Foundry releases to come."

Frontier will host a conference call with analysts at 09 .30am today. To participate please contact Tulchan Communications via frontier@tulchangroup.com for details. 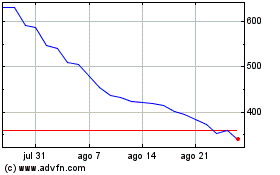 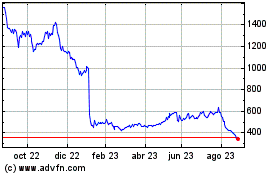 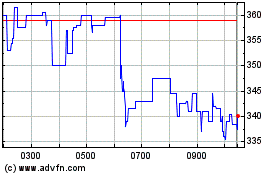