Further to the announcement on 8 April 2022, the Board of Directors (the "Board") of INPP is pleased to announce that the Company has successfully completed its Placing, Open Offer, Offer for Subscription and Intermediaries Offer (together, the " Initial Issue " ).

The Initial Issue was oversubscribed several times over, with support from both new and existing investors. In light of this significant demand the Board has elected to increase the size of the Initial Issue from the initial target amount of GBP250 million to the maximum New Shares available under the Initial Issue, raising gross proceeds of GBP325 million. Notwithstanding this the demand was such that investors not benefiting from pre-emptive rights have been scaled back. The proceeds raised will be used to pay down the cash drawn portion of the Company's corporate debt facility totalling approximately GBP156.2 million as at 6 April 2022 and to provide additional resources to pursue the Company's investment pipeline.

In undertaking the allocation process the Company has made every effort to balance the needs between current and prospective shareholders with particular reference to those existing long-standing investors who have supported the Company through its growth. The Company looks forward to developing similar long-term relationships with its new shareholders.

Michael Gerrard, Chair of INPP, said: " Thanks to the support of both existing and new investors , we have significantly increased the size of our initial target raise of GBP250 million, completing a total capital raise of GBP325 million. The over-subscribed issue firmly demonstrates the attractiveness of INPP's investment case. The proceeds of the capital raise will be deployed to repay the Company's corporate debt facility and support our investment pipeline. We continue to aim to deliver long-term financial returns for investors that also support the drive towards a more sustainable future for the communities we serve."

Application for listing and admission to trading

Applications will be made for the 203,761,755 New Shares to be admitted to the premium segment of the Official List and to trading on the Main Market of the London Stock Exchange ("Admission"). Admission is expected to become effective, and dealings in the New Shares are expected to commence, at 8.00 a.m. on 4 May 2022. The issue of the New Shares is conditional on Admission becoming effective by not later than this time or such later date as may be provided for in the Issue Agreement and on the Issue Agreement becoming otherwise unconditional in all respects, and not being terminated in accordance with its terms, before Admission becomes effective.

Following this issue, the Company's issued share capital will comprise 1,909,865,336 ordinary shares. This figure may be used by shareholders as the denominator for the calculations by which they will determine if they are required to notify their interest in, or a change to their interest in, the share capital of the Company under the FCA's Disclosure Guidance and Transparency Rules.

Unless otherwise defined, capitalised words and phrases in this Announcement shall have the meaning given to them in the prospectus dated 8 April 2022 (the "Prospectus").

Numis Securities Limited ("Numis"), which is authorised and regulated in the United Kingdom by the FCA, is the sponsor to the Company. Numis is acting exclusively for the Company and for no-one else in connection with the matters referred in this announcement. Numis will not regard any other person (whether or not a recipient of this announcement) as its client in relation to the matters referred to in this announcement and will not be responsible to anyone other than the Company for providing the protections afforded to its clients or for providing advice in relation thereto. Apart from the responsibilities and liabilities, if any, which may be imposed on Numis by FSMA or the regulatory regime established thereunder, Numis does not make any representation, express or implied, in relation to, nor accepts any responsibility whatsoever for, the contents of this announcement or any other statement made or purported to be made by it or on its behalf in connection with the Company. Numis and its affiliates accordingly, to the fullest extent permitted by law, disclaim all and any responsibility or liability whether arising in tort, contract or otherwise (save as referred to above) which it might otherwise have in respect of this announcement or its contents or otherwise arising in connection therewith.

The New Shares have not been and will not be registered under the United States Securities Act of 1933, as amended (the "Securities Act"), or with any securities regulatory authority of any state or other jurisdiction of the United States, or under any of the relevant securities laws of Australia, Canada, the Republic of South Africa, New Zealand or Japan, or any Member State of the European Economic Area (other than to professional investors in Ireland) or their respective provinces, territories or possessions. No action has been taken by the Company or Numis that would permit an offering of any shares in the capital of the Company or possession or distribution of this announcement or any other offering or publicity material relating to such shares in any jurisdiction where action for that purpose is required. Persons into whose possession this announcement comes are required by the Company and Numis to inform themselves about, and to observe, such restrictions.

The New Shares may not (unless any exemption from such registration or laws is available) be offered, sold, resold, pledged, delivered, distributed or otherwise transferred, directly or indirectly, into or within the United States, or to, or for the account or benefit of, "US Persons" (as defined in Regulation S under the Securities Act ("Regulation S")) or in Australia, Canada, the Republic of South Africa, New Zealand or Japan or their respective provinces, territories or possessions. No public offering of the New Shares is being made in the United States. The New Shares may be offered and sold only outside the United States to non-US Persons in "offshore transactions" within the meaning of, and in reliance on, Regulation S. Any sale of Shares in the United States or to US Persons may only be made to a limited number of persons reasonably believed to be "qualified institutional buyers" ("QIBs"), as defined in Rule 144A under the Securities Act, that are also "qualified purchasers" ("Qualified Purchasers"), as defined in the United States Investment Company Act of 1940, as amended (the "Investment Company Act") and that execute a representation letter and participate in the Placing. The Company has not been and will not be registered under the Investment Company Act and, as such, investors will not be entitled to the benefits of the Investment Company Act. No offer, purchase, sale or transfer of the New Shares may be made except under

circumstances which will not result in the Company being required to register as an investment company under the Investment Company Act. A US Person that acquires New Shares may be required to sell or transfer these New Shares to a person qualified to hold New Shares or forfeit the New Shares if the transfer is not made in a timely manner.

Neither the United States Securities and Exchange Commission (the "SEC") nor any securities regulatory authority of any state or other jurisdiction of the United States has approved or disapproved of the New Shares or passed upon the adequacy or accuracy of this announcement. Any representation to the contrary is a criminal offence in the United States.

The value of shares and the income from them is not guaranteed and can fall as well as rise due to stock market and currency movements. When you sell your investment you may get back less than you originally invested. Figures refer to past performance and past performance is not a reliable indicator of future results. Returns may increase or decrease as a result of currency fluctuations.

All forward-looking statements address matters that involve risks and uncertainties. Accordingly, there are or will be important factors that could cause the Company's actual results to differ materially from those indicated in these statements. These factors include but are not limited to those described in the part of the Prospectus entitled "Risk Factors", which should be read in conjunction with the other cautionary statements that are included in this announcement. Any forward-looking statements in this announcement reflect the Company's current views with respect to future events and are subject to these and other risks, uncertainties and assumptions relating to the Company's operations, results of operations and growth strategy and the liquidity of New Shares. Given these uncertainties, prospective investors are cautioned not to place any undue reliance on such forward-looking statements.

These forward-looking statements apply only as of the date of this announcement. Subject to any obligations under applicable law or UK regulatory requirements (including FSMA, the Listing Rules, the Market Abuse Regulation, the Disclosure Guidance and Transparency Rules and the Prospectus Regulation Rules), the Company undertakes no obligation publicly to update or review any forward looking statement whether as a result of new information, future developments or otherwise. 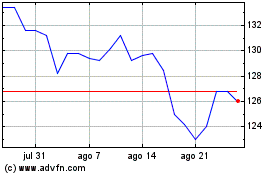 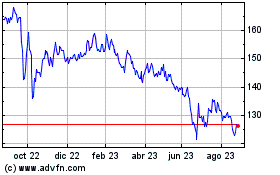 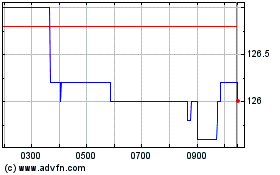