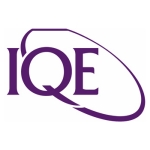 IQE plc (AIM: IQE, "IQE" or the "Group"), the leading supplier of compound semiconductor wafer products and advanced material solutions to the global semiconductor industry, is pleased to announce the appointment of Americo Lemos as Chief Executive Officer (“CEO”), starting on 10 January 2022.

The Board's decision to appoint Mr Lemos follows an extensive and rigorous search process led by Phil Smith, interim Executive Chairman of IQE. With over two decades of managerial experience working with multi-national tech companies, Americo has the skills necessary to lead IQE into the next phase of its evolution, further capitalising on the Group’s position as the scaled global epitaxy leader.

Americo joins IQE from the executive team at GlobalFoundries Inc. (“GF”), a New York headquartered semiconductor designer and manufacturer. As GF’s Senior Vice President of Business Development for Asia Pacific and China Country President, Americo has been responsible for driving the business’s efficiency and growth in these critical markets. Prior to this, he held executive positions at globally-renowned technology companies including Qualcomm and Intel, having also worked at Flextronics, Texas Instruments and Skyworks, amongst others.

“The depth and breadth of Americo’s industry expertise make him the natural choice to take the business forward in its next stage of growth. His appointment will enable us to build on our solid global industry foundations and market-leading positions, and take advantage of key structural drivers and opportunities arising with the proliferation of 5G and the Internet of Things.

Americo is the ideal leader to take over from IQE’s founder Dr Drew Nelson, who I would like to thank for his years of passion and dedication to building the company to its current global leadership position.”

“I am hugely excited to be joining IQE, a business at the forefront of the UK’s high-tech manufacturing sector and one which I have long admired. I look forward to working with my new colleagues to ensure the business’s continued success and growth, and achieving our vision of being the best advanced semiconductor materials solutions company in the world.”

The following information is disclosed pursuant to Rule 17 and Schedule Two paragraph (g) of the AIM Rules for Companies.

Americo Lemos, aged 54, has been a director or partner of the following companies or partnerships during the five years preceding the date of this announcement:

Mr Lemos currently holds no shares in IQE. Mr Lemos will receive a share issuance as part of a New Starter Award in accordance with the table below:

There is no further information required to be disclosed under Rule 17 or paragraph (g) of Schedule 2 of the AIM Rules for Companies.

As previously announced, Dr Drew Nelson, founder and CEO of IQE until September 2021, will retain an advisory and ambassadorial role for the business as a Non-Executive Director on the Board, with the title of President.

IQE is the leading global supplier of advanced compound semiconductor wafers and materials solutions that enable a diverse range of applications across:

As a scaled global epitaxy wafer manufacturer, IQE is uniquely positioned in this market which has high barriers to entry. IQE supplies the whole market and is agnostic to the winners and losers at chip and OEM level. By leveraging the Group’s intellectual property portfolio including know-how and patents, it produces epitaxy wafers of superior quality, yield and unit economics.

IQE is headquartered in Cardiff UK, with c. 670 employees across nine manufacturing locations in the UK, US, Taiwan and Singapore, and is listed on the AIM Stock Exchange in London. 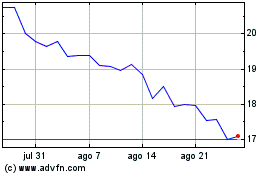 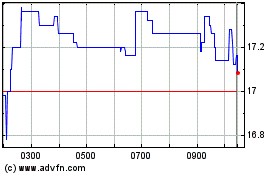