Further to the Company's announcement of 3 March 2021 setting out the findings of the Company's Concept Select report in respect of its Greater Buchan Area ("GBA") Development Project, the planned farm-out process has now been formally launched. The Company confirms that it is in discussions regarding a fundraising of between GBP10 to 15 million. The net proceeds of such a potential fundraise would be utilised to maintain momentum for the next phase of workstreams on the project and augment the Company's existing cash reserves during farm-out discussions.

There can be no certainty that any funds will be raised by the Company.

Jersey Oil & Gas is a UK E&P company focused on building an upstream oil and gas business in the North Sea. The Company holds a significant acreage position within the Central North Sea referred to as the Greater Buchan Area ("GBA"), which includes operatorship and 100% working interests in blocks that contain the Buchan oil field and J2 and Glenn oil discoveries and an 100% working interest in the P2170 Licence Blocks 20/5b & 21/1d (subject to OGA approval of the acquisition of CIECO V&C UK Limited as announced on 26 November 2020), that contain the Verbier oil discovery and other exploration prospects.

JOG's total GBA acreage is estimated by management to contain 190 million barrels of oil equivalent ("mmboe") of discovered P50 recoverable resources net to JOG, in addition to significant exploration upside potential of approximately 220 mmboe of prospective resources in close proximity to the Company's planned Buchan platform. JOG has recently concluded the Concept Select phase of an FDP for the Greater Buchan Area and plans to progress into Front End Engineering and Design (FEED) later this year.

JOG is focused on delivering shareholder value and growth through creative deal-making, operational success and licensing rounds. Its management is convinced that opportunity exists within the UK North Sea to deliver on this strategy and the Company has a solid track-record of tangible success.

The information contained within this announcement is deemed by the Company to constitute inside information as stipulated under the Market Abuse Regulation (EU) No. 596/2014 as it forms part of United Kingdom domestic law by virtue of the European (Withdrawal) Act 2018. 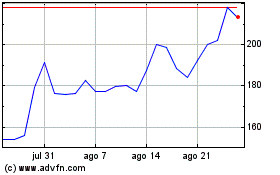 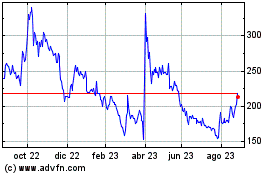 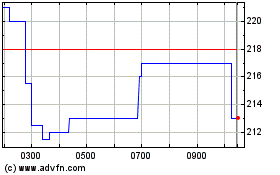