THIS ANNOUNCEMENT AND THE INFORMATION CONTAINED IN IT ARE NOT FOR RELEASE, PUBLICATION OR DISTRIBUTION, DIRECTLY OR INDIRECTLY, IN WHOLE OR IN PART, IN OR INTO, THE UNITED STATES OF AMERICA (INCLUDING ITS TERRITORIES AND POSSESSIONS, ANY STATE OF THE UNITED STATES AND THE DISTRICT OF COLUMBIA), AUSTRALIA, CANADA, JAPAN, NEW ZEALAND, THE REPUBLIC OF South Africa, In any Member State of the EEA OR IN ANY OTHER JURISDICTION IN WHICH THE SAME WOULD BE UNLAWFUL

This announcement is not an offer to sell, or a solicitation of an offer to acquire, securities in the United States or in any other jurisdiction in which the same would be unlawful. Neither this announcement nor any part of it shall form the basis of or be relied on in connection with or act as an inducement to enter into any contract or commitment whatsoever.

Publication of Prospectus and Circular

The Board of JPMorgan Global Growth & Income plc (the "Company" or "JGGI") announced on 20 October 2021 that it had agreed heads of terms for a combination of the Company with The Scottish Investment Trust PLC ("SCIN") (the "Transaction"), to be implemented through a scheme of reconstruction (the "Scheme") of SCIN pursuant to section 110 of the Insolvency Act 1986 (the "Proposals").

The Prospectus and Circular have been submitted to the Financial Conduct Authority and will shortly be available for inspection at the National Storage Mechanism which is located at https://data.fca.org.uk/#/nsm/nationalstoragemechanism and on the Company's website at http://www.jpmglobalgrowthandincome.co.uk .

"The Proposals will create a combined entity that will have significant scale and both groups of shareholders will benefit from the cost savings derived from the enlarged asset base and future growth, alongside enhanced liquidity in the shares. The Company will continue to benefit from the strength and depth of the JPMorgan management team and an investment strategy that has provided strong results for shareholders notwithstanding the current challenging market environment."

Details of the Proposals

The combination, if approved by shareholders of each of the Company and SCIN, will be implemented through a scheme of reconstruction under section 110 of the Insolvency Act, resulting in the voluntary liquidation of SCIN and the rollover of its assets into the Company in exchange for the issue of Scheme Shares to Eligible SCIN Shareholders.

Subject to the passing of the SCIN Resolutions, and satisfaction of the other conditions of the Scheme (which are outlined below), the Scheme will take effect on the Effective Date, expected to be on or around 31 August 2022.

Under the Scheme, SCIN will be put into liquidation and its assets split into the following two pools:

-- the pool of investments, cash and other assets (including assets with a value equal to the fair value of the SCIN Bonds (and accrued interest on the SCIN Bonds up to and including the Calculation Date) and the obligations of the Company in respect of the SIT Bonds (including interest accrued up to the Calculation Date)) (see below for further details on the SCIN Bonds) to be established under the Scheme and to be transferred to the Company, in consideration for the issuance of the Scheme Shares, pursuant to the Transfer Agreement (the "Rollover Pool"); and

-- the pool of investments, cash and other assets to be retained by the Liquidators to meet all known and unknown liabilities of SCIN and other contingencies (the "Liquidation Pool").

Under the Scheme, each Eligible SCIN Shareholder will receive such number of Scheme Shares as have a value (at the FAV per JGGI Share) equal to the proportion of the Rollover Pool attributable to the number of SCIN Shares held.

Further details of the Proposals are included at the end of this announcement.

Benefits of the Proposals

The Proposals will create an enlarged entity with net assets in excess of GBP1.3 billion. The Board believes that the enlarged asset base resulting from the Proposals may have the following benefits for JGGI Shareholders:

-- The combined entity is expected to benefit from an enhanced profile which has the potential to generate further interest in the JGGI Shares.

-- The Proposals will result in a greater number of JGGI Shares in issue, which, in turn, will enlarge the free float and result in a broader Shareholder base, which should improve liquidity.

-- The fixed costs of the Company will be spread over a larger asset base and so is expected to reduce the fixed costs per JGGI Share.

Conditions of the Scheme

The Scheme is conditional on, among other things:

-- approval of the Allotment Resolution by JGGI Shareholders at the General Meeting of the Company and such Resolution becoming unconditional in all respects;

It is intended that, following completion of the Scheme, four current directors of SCIN, being James Will, Jane Lewis, Mick Brewis and Neil Rogan, will be appointed as non-executive directors of the Company, such that the Board will initially consist of eight directors, comprising four directors from the current Board and four directors from the board of SCIN. It is intended currently that James Will and Gay Collins will subsequently retire from the Board at the Company's Annual General Meeting expected to be held in November 2022.

Each of the prospective directors is independent of the Manager and the Investment Manager.

Costs and Expenses of the Proposals

a) SCIN's Direct Costs exceed GBP2.7 million, such SCIN Excess Costs will be borne solely by SCIN and will be reflected accordingly in the calculation of its FAV; and

The total costs that the Company will incur in relation to the Transaction will be equal to the JGGI Apportioned Costs (as apportioned pursuant to paragraph (i) above) and the JGGI Excess Costs (as defined in paragraph (ii)(b) above). On this basis: the costs to be borne by JGGI Shareholders, after the Manager's Contribution (as defined below) and cost apportionment, are estimated to be approximately GBP2.98 million (including VAT), equivalent to 0.41 per cent. of the Company's Net Asset Value as at 3 August 2022.

The costs to be borne by SCIN Shareholders, after the Manager's Contribution (as defined below) and cost apportionment, are estimated to be approximately GBP8.17 million (including VAT), equivalent to 1.36 per cent. of SCIN's net asset value as at 3 August 2022.

Pursuant to the Investment Management Agreement and with effect from 1 January 2022, the annual management fee payable by the Company to the Manager (the "Management Fee") is calculated, on a tiered basis by reference to the Net Asset Value of the Company, on the following basis:

Details of the Issue

The number of Scheme Shares which will be issued to Eligible SCIN Shareholders and the Liquidators appointed in respect of Overseas Excluded SCIN Shareholders is not known at the date of the Circular as it will be calculated in accordance with the formula stated above at the Calculation Date. The number of Scheme Shares to be issued will be announced through an RIS announcement as soon as practicable following the Calculation Date. The Issue is not being underwritten.

The FAV per JGGI Share would have been 437.505691 pence, which would have produced a conversion ratio of 2.002730 and, in aggregate, 132,526,986 Scheme Shares would have been issued to SCIN Shareholders under the Scheme, representing approximately 44.2 per cent. of the issued ordinary share capital of the enlarged Company.

On the Effective Date:

Following the substitution on the Effective Date it is intended that the SCIN Bonds will remain listed and traded on the London Stock Exchange.

The terms and conditions of the SCIN Bonds contain customary events of default and include certain covenants, which restrict the ability of the Company to, among other things, incur certain liens and redeem or repurchase capital stock. The Amended and Restated Trust Deed includes the SCIN Bonds Financial Covenant.

The Note Purchase Agreements include a number of customary covenants, which restrict the ability of the Company and its subsidiaries to, among other things, incur certain liens, merge or consolidate, enter into transactions with affiliates and sell or transfer assets, in each case subject to certain permissons and exceptions.

-- is in any respect more beneficial to the holders of the JGGI Notes than any similar financial covenant included in the Note Purchase Agreements,

SCIN has agreed to indemnify the SPF Trustees in respect of any claim or liability which the SPF Trustees incur or suffer or are liable to pay, directly or indirectly in any way whatsoever from or relating to the SCIN Buy-in, the SCIN Buy-out or the winding up of the SCIN Pension Fund, subject to a cap equal to the SCIN Pension Buffer plus the remaining Liquidation Pool (being aggregate value (as determined by the Liquidators, acting reasonably) of the Liquidation Pool remaining in the control of the Liquidators at the relevant time). As is common in transactions where the buyer is acquiring an entity which operates a defined benefit pension scheme similar to the SCIN Pension Fund, the Company is providing support for the SCIN Pension Fund by way of entering into SCIN Indemnity Letter, pursuant to which it has agreed to indemnify SCIN in respect of any claims against SCIN by the SPF Trustee, but only if and to the extent that such liability cannot be met in full from the SCIN Pension Buffer and any other assets in the remaining Liquidation Pool. Due to the size of the Pension Buffer, the Board does not consider it likely that the indemnity from the Company to SCIN will be called upon at all. The Company's indemnity pursuant to the SCIN Indemnity Letter ceases on completion of the winding up of the SCIN Pension Fund. It is expected that the SCIN Pension Fund will be wound up within approximately five months of SCIN entering liquidation (although this is indicative timing only and depends on a variety of factors). Details of the SCIN Indemnity Letter are summarised in paragraph 12.6 of Part VI (Additional Information on the Company) of the Prospectus.

The Proposals are subject to JGGI Shareholder approval. The GM Notice convening the General Meeting, to be held at 3.30 p.m. on 30 August 2022 at 60 Victoria Embankment, London, EC4Y 0JP, is set out on page 29 of the Circular. The GM Notice includes the full text of the Resolutions.

All times are UK times. Times and dates are subject to change.

Capitalised terms used but not defined in this announcement will have the same meaning as set out in the Circular. 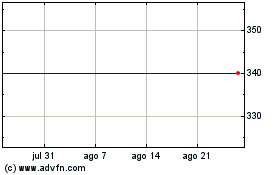 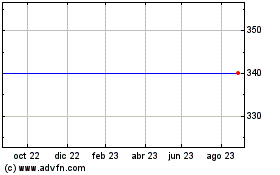 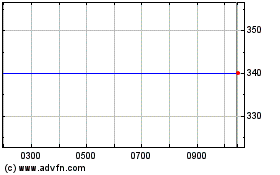