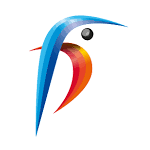 The FTSE 100 closed down 0.26% on Tuesday while awaiting interest rate decisions by the U.S. Fed and U.K.'s Bank of England. Retailers led the fallers, with Ocado Group down 11% and Kingfisher slipping 4.4%. On the brighter side, financial stocks led the risers, with Standard Chartered climbing 3.49% and HSBC Holdings up 3.48%.

Entain to Acquire BetCity for up to EUR850 Mln

Entain PLC said Tuesday that it has agreed to acquire BetEnt BV from Sports Entertainment Media BV for an initial consideration of 300 million euros ($312.2 million) and a deferred conditional consideration of up to EUR550 million.

ITV PLC said Tuesday that it has agreed to buy a majority interest in Plimsoll Productions for around 103.5 million pounds ($125.6 million) to further its strategy of expanding its international content business.

Bunzl to Buy Hygi, a German Online Distributor of Cleaning and Hygiene Products

Bunzl PLC said Tuesday that it has agreed to buy Hygi.de, a German online distributor of cleaning and hygiene products, for an undisclosed sum.

Revolution Bars Group PLC said Tuesday that it expects to deliver adjusted Ebitda after rental changes slightly ahead of the top end of market expectations for fiscal 2022.

Ashtead Group PLC on Tuesday reported an increase in pretax profit for fiscal 2022, and raised its dividend.

Bellway PLC said Tuesday that it has seen strong sales demand in the second half of fiscal 2022 to date, and it expects full-year housing completions to rise.

Eco (Atlantic) Oil & Gas Ltd. said Tuesday that it has terminated the acquisition of JHI Associates Inc., the owner of a 17.5% stake in the Canje block offshore Guyana.

Altus Strategies PLC said Tuesday that it has agreed to merge with Canada's Elemental Royalties Corp. in a deal that will give shareholders 47.1% of the enlarged group.

Condor Gold PLC said Tuesday that it has completed a private share placement for 3.3 million pounds ($4 million) to fund a feasibility study for its La India gold project in Nicaragua.

Frontier Developments PLC said Tuesday that it expects to report record revenue and lower adjusted Ebitda for fiscal 2022 after a strong end to the year.

SDX Energy PLC said Tuesday that its oil-and-gas production was above guidance in the first five months of the year.

Sovereign Metals Ltd. said Tuesday that its shares have been suspended from trading on the Australian Securities Exchange ahead of an announcement relating to an expanded scoping study at the Kasiya project in Malawi.

Aferian PLC said Tuesday that its first-half revenue will be slightly lower, with fewer device sales offsetting growth in software and services.

ITV PLC said Tuesday that it has agreed to buy a majority interest in Plimsoll Productions for around 103.5 million pounds ($125.6 million) to further its strategy of expanding its international content business.

Crest Nicholson Holdings PLC said Tuesday that it swung to a pretax loss for the first half of fiscal 2022 on exceptional charges, though revenue rose.

Games Workshop Group PLC said Tuesday that it expects to post an increased pretax profit and revenue for fiscal 2022.

Open Orphan PLC said Tuesday that it has signed a 7.2 million pounds ($8.7 million) contract with a global pharmaceutical company to test its orally administered antiviral product.

Synectics PLC said Tuesday that it expects a swing to an operating profit for the first half of fiscal 2022 on the back of revenue growth and gathering momentum in its end markets.

FirstGroup PLC said Tuesday that pretax profit for fiscal 2022 rose, and that its current performance is in line with the board's expectations.

Paragon Banking Group PLC said Tuesday that pretax profit rose for the first half of fiscal 2022 and that it has raised its dividend payout and extended its share buyback program.

0927 GMT - Synectics is set to benefit from the Covid-19 pandemic recovery in its largest end-user markets at some stage, Shore Capital says. Although the security and surveillance systems supplier's Asian market remains subdued, there are encouraging signs of increased customer activity in North America and in oil-and-gas, Shore analyst Rob Sanders says in a research note. "Notwithstanding the current events in Ukraine, we continue to believe that, when more normal trading conditions return, there remains the potential for a significant uplift in profits as sales growth picks up," the U.K. investment group says, adding that the restoration of a dividend for 2021 provides it with confidence. Shore has Synectics as a house stock. Shares are up 1% at 106.0 pence. (joseph.hoppe@wsj.com)

0922 GMT - Bellway is still seeing a good demand environment in the U.K.'s new housing market, albeit at somewhat slower rates, Davy Research says. The U.K. house builder has reiterated its financial guidance, expecting volumes of more than 11,100 units in fiscal 2022 and 12,200 for fiscal 2023, Davy analyst Colin Sheridan says in a research note. "Bearing in mind this reiteration of guidance, we do not expect to change our forecasts, or any change to consensus," the Irish research firm says. Davy retains an outperform rating on Bellway stock. Shares are up 2.5% at 2,265 pence. (joseph.hoppe@wsj.com)

0920 GMT - ITV gains 1% after the U.K. broadcaster said it was buying a majority interest in U.K.-based Plimsoll Productions for around 103.5 million pounds ($125.6 million) to further expand its international television production business. The move will strengthen ITV's position in natural history output, which has widespread appeal around the world, AJ Bell says. "ITV has been trying to beef up its production arm with a view to having shows that appeal beyond its U.K. domestic audience and this acquisition looks like a winner," Bell's investment director Russ Mould writes. (philip.waller@wsj.com)

0918 GMT - Shares in Revolution Bars jump 11% after the U.K. pub operator forecast that its fiscal 2022 adjusted Ebitda would be slightly ahead of the top end of market expectations. Following the trading update, the company's brokerage Peel Hunt upgrades 2022 forecasts: Ebitda rises to GBP18.2 million from GBP17.2 million, pretax profit moves to GBP1.9 million from a GBP0.3 million loss, and year-end net debt is revised to GBP1.5 million from GBP5.0 million. "This, combined with the refurbishments and the workstream program (increasing the estate's average quality), means the foundations are in place for faster expansion in a favorable leasehold market," Peel Hunt says. (jaime.llinares@wsj.com)

0913 GMT - Although FirstGroup could see an upside to consensus valuations following the National Rail contract award, there might be a downside to near-term consensus on its U.K. bus division estimates, Ruairi Cullinane, analyst at RBC Capital Markets, says in a note. The transport operator highlighted bus passengers at 76% of prepandemic volumes, up from more than 70% in February, and expects volumes to continue increasing after guiding for passenger volumes to recover to around 80% to 90% of prepandemic levels in the first year after social distancing ends. "We see FirstGroup as well positioned in a more favorable environment for U.K. bus, with more 'bus friendly' policies and more growthy trends among those demographics more likely to travel by bus," Cullinane says. (anthony.orunagoriainoff@dowjones.com) 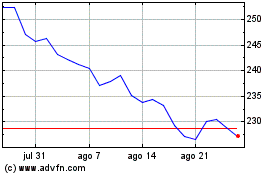 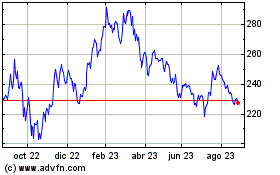 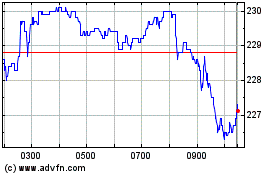