London Stock Exchange Group plc (the "Company") announces today that it will commence a share buyback programme to purchase voting ordinary shares of 6(79) /(86) pence each in the Company ("Shares") with an aggregate value of up to GBP750 million. This is expected to be phased over multiple tranches over a period of up to 12 months, with the first tranche commencing today (the "Buyback"). The Buyback is being funded, in large part, using the proceeds of the divestment of the BETA business, announced in March 2022 and which completed on 1 July 2022.

In connection with the first tranche ("Tranche 1"), the Company has entered into an irrevocable agreement with Goldman Sachs International ("Goldman Sachs") in relation to the purchase of Shares by Goldman Sachs, acting as principal and in accordance with certain pre-set parameters. Under this agreement, the Company has instructed Goldman Sachs to purchase Shares with a value of up to GBP250 million. Purchases will commence immediately and will end no later than 5 December 2022.

The Company intends to enter into similar arrangements with each of Morgan Stanley and Citigroup with respect to the later tranches of the Buyback. Further details on these tranches will be communicated in due course.

BCP York Holdings (Delaware) L.P. (an entity owned by a consortium of certain investment funds affiliated with Blackstone Inc. and including an affiliate of Canada Pension Plan Investment Board, an affiliate of GIC Special Investments Pte. Ltd and certain other co-investors) ("BCP York"), York Holdings II Limited ("Holdings II") and York Holdings III Limited ("Holdings III") (entities owned indirectly by BCP York, Thomson Reuters and certain other minority holders) (BCP York, Holdings II and Holdings III, the "Consortium Shareholders" and together, the "Consortium"), have notified the Company of their intention to participate in the Buyback in line with one of the exceptions to the lock-up provisions contained in the Relationship Agreement entered into with, among others, the Consortium on 29 January 2021 in connection with completion of the Refinitiv acquisition (the "Relationship Agreement").

To enable the Consortium's participation in the Buyback in accordance with the Relationship Agreement on a pro rata basis according to the Consortium's aggregate economic interest in the Company, arrangements have been entered into between Holdings II and Goldman Sachs pursuant to which Holdings II has irrevocably elected to participate in Tranche 1 of the Buyback, subject to certain pricing parameters to be communicated by Holdings II to Goldman Sachs from time to time. On days on which any such parameters are met, Goldman Sachs will purchase, in aggregate, 33.7% of the Shares it intends to purchase in connection with Tranche 1 of the Buyback from Holdings II at the same average price at which Goldman Sachs has bought Shares from other market participants that day.

As a result of similar arrangements expected to be entered into with the Consortium with respect to later tranches of the Buyback, those tranches of the Buyback may (to the extent Shares are purchased from the Consortium) be classified as a smaller related party transaction under LR 11.1.10R of the Listing Rules of the Financial Conduct Authority (the "Listing Rules"). If that is the case, in accordance with the Listing Rules, a sponsor's written confirmation will be obtained stating that the arrangements with the Consortium are fair and reasonable as far as the Company's shareholders are concerned. No sponsor's written confirmation is required with respect to the Consortium's participation in Tranche 1 as, due to its size, it does not classify as a smaller related party transaction under the Listing Rules.

In accordance with Listing Rule 9.6.16R, the Company notes that any disposals of Shares by the Consortium pursuant to the Buyback will be in accordance with one of the exemptions allowed in the lock-up provisions contained in the Relationship Agreement. Further details of the Relationship Agreement can be found at pages 65-70 of the prospectus published by the Company dated 9 December 2020, which is available on the Company's website at https://www.lseg.com/investor-relations/reports-results-and-ma/acquisition-refinitiv.

Due to the size of the Buyback and certain parameters agreed with respect to its implementation, the Buyback will not result in any member of the Consortium or any persons acting in concert with them carrying 30 per cent. or more of the total voting rights in the Company.

The Company will make further regulatory announcements to shareholders in respect of purchases of Shares under Tranche 1 as they occur. 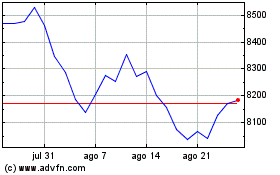 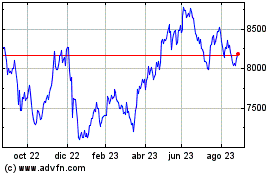 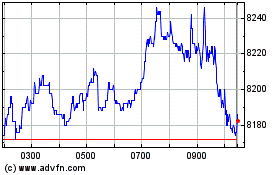