NOT FOR RELEASE, PUBLICATION OR DISTRIBUTION IN WHOLE OR IN PART, DIRECTLY OR INDIRECTLY, IN, INTO OR FROM ANY JURISDICTION WHERE TO DO SO WOULD CONSTITUTE A VIOLATION OF THE RELEVANT LAWS OR REGULATIONS OF THAT JURISDICTION.

Update and Extension to period for receipt of Possible Offer

On 20 September 2022, the Board of PCF Group plc ("PCF" or the "Company") announced that it had requested and the Panel had consented to an extension to the date by which Castle Trust Capital plc ("Castle"), be required either to announce a firm intention to make an offer for the entire issued and to be issued shares of the Company (the "Possible Offer") in accordance with Rule 2.7 of the Code or to announce that it does not intend to make an offer (the "Extension").

In accordance with that Extension, Castle is required, by not later than 5.00 p.m. on 27 September 2022, to make such an announcement.

Commercial terms on an all share offer with a cash alternative for minority shareholders have been agreed subject to the satisfaction of (or, where relevant, waiver of) certain pre-conditions inter alia completion of due diligence. In order to allow for the completion of due diligence, today the Board of PCF confirms that, in accordance with Rule 2.6(c) of the Code, PCF has requested, and the Takeover Panel has consented to, a further extension to the date by which Castle is required either to announce a firm intention to make an offer for PCF in accordance with Rule 2.7 of the Code or to announce that it does not intend to make an offer, in which case the announcement will be treated as a statement to which Rule 2.8 of the Code applies. At the current time the Board would be minded to recommend the offer if it is announced under Rule 2.7.

Such announcement must now be made by Castle not later than 5.00pm on 25 October 2022. This deadline can be extended by the Board of PCF with the consent of the Takeover Panel in accordance with Rule 2.6(c) of the Code.

This announcement is made without the approval of Castle Trust Capital plc.

Details of the offeree and offeror companies in respect of whose relevant securities Opening Position Disclosures and Dealing Disclosures must be made can be found in the Disclosure Table on the Takeover Panel's website at www.thetakeoverpanel.org.uk, including details of the number of relevant securities in issue, when the offer period commenced and when any offeror was first identified. You should contact the Panel's Market Surveillance Unit on +44 (0)20 7638 0129 if you are in any doubt as to whether you are required to make an Opening Position Disclosure or a Dealing Disclosure."

Peel Hunt LLP ("Peel Hunt"), which is authorised and regulated by the Financial Conduct Authority in the UK, is acting exclusively for PCF and no one else in connection with the matters described in this announcement and will not be responsible to anyone other than PCF for providing the protections afforded to clients of Peel Hunt nor for providing advice in connection with the matters referred to herein. Neither Peel Hunt nor any of its subsidiaries, branches or affiliates owes or accepts any duty, liability or responsibility whatsoever (whether direct or indirect, whether in contract, in tort, under statute or otherwise) to any person who is not a client of Peel Hunt in connection with this announcement, any statement contained herein or otherwise. 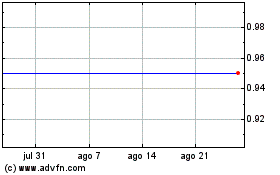 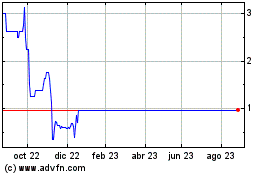 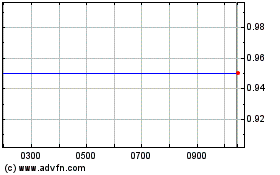