Statement reissued. For clarity, any potential future dividends would be paid out of adjusted ongoing earnings rather than profit before tax.

Provident Financial plc ('PFG' or 'the Group'), the specialist bank for the underserved operating in the mid-cost segment of the market, publishes a trading update covering the three months to the end of September 2021, unless otherwise stated.

"The Group's trading performance during the third quarter improved significantly as a result of more favourable macroeconomic conditions reducing the impact of IFRS 9 accounting combined with customer demand for credit returning to pre-pandemic levels. Subject to these improvements continuing on a similar trajectory until the end of the year, the Board would consider declaring an ordinary dividend pay-out of approximately 30% of adjusted ongoing earnings(1) in respect of FY'21.

The Group remains conservatively positioned for any changes to the UK unemployment rate which occur as a result of job support schemes closing at the end of September. The early indication from our analysis of customer data is that the end of furlough is likely to have a lower impact on unemployment than previously thought. As such, the Board will review the Group's coverage levels at the year end with a view to making provision releases, if appropriate, which will reflect the unwind of our macroeconomic provisions taken during the pandemic.

Over the last 18 months, we have supported our customers throughout a difficult period whilst focusing on several important strategic initiatives. The Board and I remain focused on establishing PFG as the specialist bank for the underserved operating in the mid-cost segment of the market, at present built on our three core products, and delivering growth and sustainable returns to our shareholders over the medium-term."

-- The Group's trading performance during the third quarter of 2021 improved significantly as a result of the more favourable macroeconomic backdrop, reducing the impact from IFRS 9 provision accounting, combined with a return to pre-pandemic levels of demand for credit from customers. In addition, the Board will review the Group's coverage levels at the year end with a view to allowing historic provision releases, if appropriate.

Shortly after the period end, and in keeping with the previously announced timeframe, Vanquis Bank launched its unsecured personal loans product to the open market. The roll out will be on a phased basis using distribution partners and affiliate channels.

-- The Group's vehicle finance business continued to experience a buoyant second-hand vehicle market during the third quarter and arrears trends were favourable. Credit issued grew by approximately 3% year-on-year, but new business volumes were lower as Q3'20 benefitted significantly from Covid-19 related demand dynamics. Receivables at the period end were broadly flat versus the end of June and the business remains well placed for the full year.

-- The planned closure of CCD (Consumer Credit Division) continued to progress in-line with expectations during the period. At the end of September, receivables had reduced significantly since the end of June and were approximately GBP14m. The previously announced anticipated closure costs of up to GBP100m remain on track.

-- The Group's balance sheet position at the end of September was robust, with regulatory capital of c.GBP570m and a CET1 ratio of 32.9%. Including the Tier 2 bond, issued in October, the Group's total capital ratio increases to 37.5%. Liquidity reflected a more normalised level for the Group, as flagged with the H1'21 results, with total Group liquidity of approximately GBP580m, including approximately GBP400m held by Vanquis, and headroom on committed facilities of GBP50m.

During the period, Vanquis Bank gained access to the Bank of England's Term Funding Scheme for SMEs (TFSME) and, ahead of the closure of the scheme this month, has drawn approximately GBP170m of funding using its AAA rated notes as collateral. This funding will diversify and reduce the cost of funding for Vanquis Bank over time, while remaining primarily retail funded.

PFG announced in October that it had successfully priced its first subordinated Tier 2 debt capital to the external markets since 2005. The issuance was for GBP200m with a 10.25 year maturity, callable after 5.25 years, and a coupon of 8.875%. This reflected the strong interest received from the market and the Group's improving credit narrative. The bond was rated B+ by Fitch. Concurrently, a partial tender of the Group's 2023 Senior Bonds, that pay a coupon of 8.25% but do not qualify as regulatory capital, was offered. The Group successfully repurchased GBP71.5m of the GBP175m outstanding marking the second time that PFG has successfully repurchased some of these bonds, the last time being August 2020 for GBP75.0m.

During the period, the Group also refinanced both its Moneybarn securitisation programme with GBP325m of committed funding (H1'21: GBP200m) while reducing its Revolving Credit Facility to GBP90m (H1'21: GBP141m). The Group now has no contractual wholesale maturities until H2'23, representing a very robust, diverse and stable funding profile. Further, the Group has recently submitted its application to the PRA (Prudential Regulation Authority) to allow the use of retail deposits held at Vanquis Bank to fund other parts of the Group.

Should the recent improvement in macroeconomic conditions continue on a similar trajectory for the remainder of this financial year, the Board would consider declaring an ordinary dividend pay-out of 30% of adjusted ongoing earnings(1) in respect of FY'21. The Board will provide further clarity on the Group's longer-term dividend policy, beyond this financial year, at the previously announced Capital Markets Day in Q1'22.

(1) Adjusted ongoing earnings is defined as profit after tax before any losses incurred relating to CCD, amortisation of acquisition intangibles and any exceptional items including one-off provision releases. 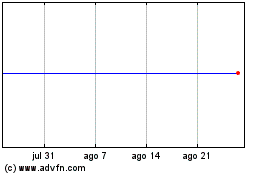 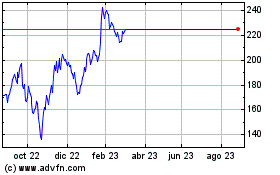 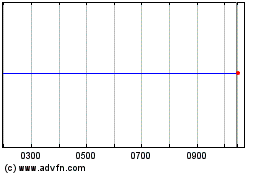