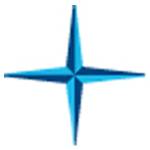 President Energy (AIM: PPC), the energy company with a diverse portfolio of energy assets announces the admission of the shares in Atome Energy PLC ("Atome") to trading on the AIM market of the London Stock Exchange and completion of the dividend in specie in relation to Atome.

President further confirms that the dividend in specie referred to in previous announcements of President and latterly on 17 December 2021 has now been made.

Following on from this, President will continue to hold Atome's shares representing 27.9% of the entire issued share capital of Atome.

An operational update relating to President's own conventional oil and gas business will be made after new year with all current operations proceeding in line with expectations.

NOT FOR RELEASE, PUBLICATION OR DISTRIBUTION, DIRECTLY OR INDIRECTLY, IN OR INTO THE UNITED STATES (INCLUDING ITS TERRITORIES AND DEPENCIES, ANY STATE OF THE UNITED STATES AND THE DISTRICT OF COLUMBIA) (COLLECTIVELY, THE "UNITED STATES"), AUSTRALIA, CANADA, JAPAN, SOUTH AFRICA OR NEW ZEALAND OR ANY OTHER JURISDICTION WHERE TO DO SO MIGHT CONSTITUTE A VIOLATION OR BREACH OF ANY APPLICABLE LAW

Admission to Trading on AIM

ATOME Energy (AIM: ATOM), the international company focused on green hydrogen and ammonia production, sales and marketing with current projects in Iceland and Paraguay, is pleased to announce that its entire issued ordinary share capital will today be admitted to trading on the AIM market of the London Stock Market ("Admission"). Dealings will commence at 8:00 a.m. today, Thursday 30 December 2021, under the ticker "ATOM" (ISIN: GB00BP4BSM10). The Company's SEDOL is BP4BSM1. The Company's Admission Document can be viewed at the website of the Company at www.atomeplc.com.

ATOME, as the first and currently only company solely focusing on being a producer of green hydrogen and ammonia to have its shares traded on the London Stock Market, offers investors access not only to potential upstream manufacturing of green hydrogen and ammonia but also through its established in country contacts and shareholder base to the all-important downstream offtake market.

The Directors believe that ATOME has through its carefully planned and implemented business model a significant opportunity to fast track and be at the forefront of the international development of green hydrogen and ammonia as future fuel.

Green hydrogen and ammonia are an essential part of the matrix of renewable energy sources to decarbonise the global economy where they can address hard to abate carbon footprints of industries such as heavy transport, marine and steel and concrete manufacturing as well as enabling the large-scale production of green fertilisers. As such they have been referred to as the swiss army knife of energy providing multiple solutions in sectors where renewable alternatives such as rechargeable batteries have no answer.

In addition to being a valuable part of the armoury in decarbonisation, with the recent significant increase in the prices of fossil fuels which are still used to generate over 95% of hydrogen current production, ATOME's green projects are expected to have significant potential end market cost benefits; one example being in agriculture where ammonia a key component in fertilisers has doubled in price over the last twelve months to over US$1,000 per tonne due directly to the substantial rise in the cost of natural gas.

The Company has accordingly selected its projects to take advantage of available low-cost pure green power in sufficient amounts so as to build businesses of scale in fiscally benign countries with not only domestic demand but which are also located within international trading blocks. ATOME has targeted commencement of production for the first part of 2024 and expects to benefit in the future from the projected reduction in the price of electrolyser and other manufacturing equipment used in the production process combined with the advent of new technologies offering greater economies with an increasing number of suppliers coming into the market providing greater choice and competitive tension for the benefit of purchasers of such equipment.

-- Successful fundraise of up to GBP9 million at 80p per share sufficient in the opinion of the Directors to progress ATOME's projects up to formal commitments on plant procurement and infrastructure investment and the entry into formal power purchase agreements (the "Final Investment Decision" or "FID") without any further additional funding, which the directors believe will be a significant value creation catalyst for ATOME

-- GBP6 million has been raised through the Placing and PrimaryBid Offer. The balance of up to GBP3 million will be made available at the placing price only if the Directors determine it is needed by way of the Standby Equity Facility Agreement from the investment fund of Peter Levine, the Chairman and significant shareholder which facility has been granted at no direct or indirect cost to ATOME

-- ATOME has qualified and been recognised as one of the select number of public traded companies contributing to the global green economy by receiving the London Stock Exchange's prestigious Green Economy Mark, supporting ATOME in communicating the Company's green credentials to investors and other stakeholders, whilst highlighting the mission of ATOME to support the transition to a net zero economy and meaningfully mitigate the impacts of climate change

-- In Iceland, ATOME through its 75% owned local subsidiary, Green Fuel ehf, which is targeting first hydrogen and ammonia production in 2024 utilising up to 100 megawatts ("MW") geothermal power from the National power supplier and benefiting from Green Fuel's local management, in country knowledge, technical expertise and commercial downstream end market contacts as well as the potential of export markets in the EU and EFTA countries

-- In Paraguay, ATOME through its wholly owned subsidiary ATOME Paraguay is targeting the supply of green renewable electricity of up to 250 MW of power from Itaipu, the second largest hydroelectric dam in the world by output with conditional arrangements in place with Itaipu's Technology Park to locate ATOME's main production facility adjacent to the dam near the intersecting border of Argentina, Brazil and Paraguay. ATOME using its established local management base and in country experience has as part of its business plan the development of the downstream domestic market by engaging with shipping, trucking, fertiliser, retail fuel and commodity trading companies as well as benefiting from Paraguay's membership of the Mercosur multi-national trading organisation

-- Strong and supportive significant shareholder base including the energy entrepreneur Peter Levine, Schroders Fund Management and Trafigura, one of the world's largest commodity traders, energy offtakers and logistics companies

"Today marks an important milestone for both ATOME and the London market's place in the transition to a green economy. ATOME is the first dedicated and currently only company targeting green hydrogen and ammonia production to have its shares traded on London Stock Market, with both commodities expected to play a key role in the decarbonisation of future energy supply.

"We are proud of the award of London Stock Exchange's Green Economy Mark. This prestigious classification represents our commitment as a company to meaningfully mitigate the impacts of climate change and is a clear message to our investors and other stakeholders of the commitment of ATOME in supporting the transition to net zero.

"We have assembled a green-focused Board whose complementary skills and experience across the energy value chain demonstrate that we can deliver these projects. Both Board and management made a material contribution to the fundraise and are thus fully aligned with our new investors. I would like to thank the Board, along with our advisers and significant shareholders including Peter Levine, our Chairman, Trafigura, one of the world's leading commodity, energy and logistics companies, and fund manager Schroders for their continued guidance and support.

"With the funding secured, ATOME is in a position to rapidly progress its projects in Iceland and Paraguay towards Final Investment Decision (or FID) in both countries. The projects both plan to deliver green energy using mature technology and low-cost baseload power which is available on-tap in both locations. Our projects have government support and accessible markets which need green hydrogen and ammonia to reach their net zero targets, and ATOME is positioned to capitalise on this.

"We have an exciting road ahead as nations implement decarbonisation strategies with green hydrogen and ammonia at their heart. We look forward to updating shareholders on ATOME's progress during 2022 with increasing newsflow as we move towards FID, commencing with a live Investor Meet presentation to which all shareholders, analysts and prospective investors will be invited at a date to be announced in January."

Capitalised terms used in this announcement and not separately defined shall have the meaning given to them in the Company's Admission Document.

The Company has operated interests in the Puesto Flores, Estancia Vieja, Puesto Prado and Las Bases Concessions, and Angostura exploration contract, all of which are situated in the Rio Negro Province in the Neuquén Basin of Argentina and in the Puesto Guardian Concession, in the Noroeste Basin in NW Argentina. Alongside this, President Energy has cash generative production assets in Louisiana, USA and further significant exploration and development opportunities through its acreage in Paraguay and Argentina.

Further details on President and Atome can be found on their respective web sites and twitter accounts. 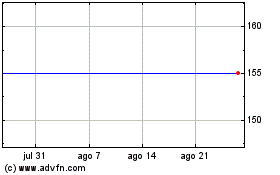 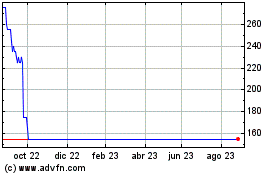 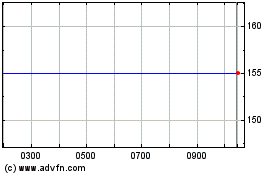