Riverstone Energy Limited ("REL") is pleased to announce that two of its portfolio companies, Hammerhead Resources Inc., a Calgary-based energy company ("Hammerhead"), and Decarbonization Plus Acquisition Corporation IV (Nasdaq: DCRD, DCRDW, DCRDU), a special purpose acquisition company ("DCRD"), have announced today that Hammerhead and DCRD have entered into a definitive agreement to complete a business combination that values Hammerhead at an enterprise value of C$1.39 billion, which is approximately 2.2x DCRD's projected 2024 EBITDA for Hammerhead.

REL invests in Hammerhead, alongside Riverstone Global Energy and Power Fund V, L.P. ("Fund V"). REL holds an approximate 17% interest in Hammerhead today at a 0.53x Gross MOIC as of 30 June 2022, representing a carrying value of $156 million against total invested capital of $295 million. At the agreed pre-money transaction value and at an assumed $10.00/share trading price, REL's interest in Hammerhead, including prior distributions, is $177 million, or 0.60x Gross MOIC. Hammerhead is the largest investment of REL, based on invested capital, and its unrealized value represents 18% of REL's net asset value as of 30 June 2022. Riverstone Holdings LLC and its affiliates ("Riverstone") acts as investment manager for both REL and Fund V, and Riverstone also holds a minority interest in Fund V.

REL holds an interest in DCRD through a 5% position in the sponsor of DCRD (the "Sponsor"). The Sponsor is controlled by Riverstone, and the Sponsor holds Class B ordinary shares of DCRD ("founder shares"), which were acquired for $25,000 and represent 20% of the equity ownership of DCRD, as well as warrants to purchase Class A ordinary shares of DCRD for $11.50 per share ("warrants"), which were acquired for $12.7 million. The trading price of DCRD at close of business on 23 September 2022 is $10.03 per share. REL has invested a total of $639,497 in the Sponsor. That investment is currently marked at cost. Through that interest and prior to the arrangements discussed below, REL indirectly owns 396,456 founder shares and 638,247 warrants. The balance of the interests in the Sponsor are held by Riverstone professionals and other persons associated with Riverstone.

Assuming the approval by each of the Hammerhead shareholders and the DCRD shareholders, the transaction will result in the formation of a publicly traded upstream oil and gas company ("NewCo") with an identified investment program to decarbonize its oil and gas operations through the development of a carbon capture and sequestration ("CCS") program. NewCo's CCS program is estimated to require approximately C$240 million of capital between 2023 and 2029, and, by 2029, is expected to reduce NewCo's Scope 1 and Scope 2 emissions by approximately 79% of 2021 values, even after an anticipated doubling in production volumes. NewCo's assets will include a large, consolidated block of acreage in the prolific Montney trend in Western Canada, spanning over 100,000 net acres in Alberta. NewCo's planned production and EBITDA growth is expected by DCRD to be in excess of 40% and 50%, respectively, from an expected 31,500-32,500 boe/d and C$375-425 million in 2022 to over an expected 46,000-48,000 boe/d and C$625-675 million in 2024.

Closing of the transaction is likely to occur in Q1 2023, subject to approval of the shareholders of each of Hammerhead and DCRD and other customary closing conditions. Closing of the transaction is not subject to a minimum cash condition and the parties believe that Hammerhead's existing balance sheet with expected leverage, prior to any proceeds from DCRD's cash in trust, of 0.6x LTM EBITDA at year-end 2022 is expected to provide the liquidity necessary to execute on Hammerhead's business plan. NewCo is expected to be listed on the Nasdaq Capital Market ("Nasdaq") and trade under the ticker symbol "HHRS".

At closing, REL is expected to receive 15 million shares of HHRS (representing 12% pro forma ownership of HHRS assuming no redemptions by existing DCRD shareholders), which will be freely tradeable subject to customary lockup provisions and applicable blackout periods. Accordingly, REL's current privately held interest in Hammerhead will be replaced by a holding of publicly traded securities in HHRS which will be valued by REL by reference to HHRS's prevailing share price.

REL is a closed-ended investment company which invests in the energy industry that has since 2020 been exclusively focused on pursuing and has committed $181 million to a global strategy across decarbonisation sectors presented by Riverstone's investment platform. REL's ordinary shares are listed on the London Stock Exchange, trading under the symbol RSE. REL has 20 active investments spanning decarbonisation, oil and gas, renewable energy and power in the Continental U.S., Western Canada, Gulf of Mexico and Europe.

About Decarbonization Plus Acquisition Corporation IV

Decarbonization Plus Acquisition Corporation IV is a blank check company formed for the purpose of effecting a merger, amalgamation, share exchange, asset acquisition, share purchase, reorganization or similar business combination with a target whose principal effort is developing and advancing a platform that decarbonizes the most carbon--intensive sectors. DCRD is sponsored by an affiliate of Riverstone Holdings LLC.

Hammerhead Resources is a Calgary, Canada--based energy company, with assets and operations in Alberta targeting the Montney formation. The company was formed in 2009 and has over 85 employees as of 1 September 2022.

No Offer or Solicitation

This communication includes information that relates to a proposed business combination between Hammerhead and DCRD. This document does not constitute a solicitation of a proxy, consent or authorization with respect to any securities or in respect of the proposed business combination. This document does not constitute an offer to sell or exchange, or the solicitation of an offer to buy or exchange, any securities, nor shall there be any offer, sale or exchange of securities in any state or jurisdiction in which such offer, solicitation, sale or exchange would be unlawful prior to registration or qualification under the securities laws of any such jurisdiction. No offering of securities will be made except by means of a prospectus meeting the requirements of section 10 of the United States Securities Act of 1933, as amended, or an exemption therefrom.

Important Information and Where to Find It

DCRD shareholders and other interested persons will be able to obtain copies of the Registration Statement, including the preliminary proxy statement/prospectus contained therein, the definitive proxy statement/prospectus and other documents filed or that will be filed with the SEC, free of charge, by DCRD and NewCo through the website maintained by the SEC at www.sec.gov.

Participants in the Solicitation 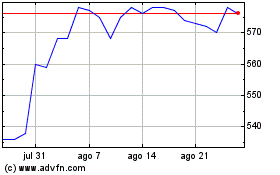 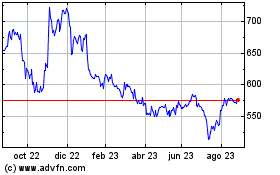 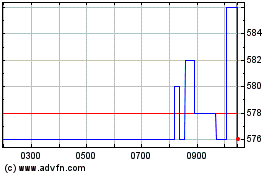