Announcement of Group Chief Financial Officer and Intended Board Changes

Savannah Energy PLC, the British independent energy company focused around the delivery of Projects that Matter in Africa, announces the appointment of a new Group Chief Financial Officer and several Board changes that are anticipated to take effect over the coming months.

Nick Beattie, current interim Group Chief Financial Officer ("CFO") of Savannah Energy, has been confirmed as the Group's permanent CFO and has been appointed to the Board of Directors effective 6 June 2022.

Steve Jenkins has agreed with the Company's Board that he will step down from his role as Non-Executive Chairman at or prior to the 2023 Annual General Meeting ("AGM") but will continue to serve as a Non-Executive Director. The search for a Chair-Designate has commenced and it is expected that an appointment will be made during H2 2022. Savannah would like to take this opportunity to thank Steve for his strong leadership of the Board from Savannah's initial listing to the current day, and is grateful that his experience will be retained in his continuing role as a Non-Executive Director.

David Jamison will retire from the Board, effective 30 June 2022. Savannah would like to sincerely thank David for his commitment and service to the Savannah over his eight years as a Director and is delighted to advise that David has agreed to assume the role of Honorary President of Savannah, where his considerable experience will remain available to the Group.

Savannah is also pleased to announce that it intends to appoint three new Non-Executive Directors to the Board following the completion of the Group's proposed acquisitions of the ExxonMobil upstream and midstream asset portfolios in Chad and Cameroon. Sarah Clark, Dr Djamila Ferdjani and Sylvie Rucar have successful backgrounds in a diverse range of industries and will significantly strengthen the Board's experience and ability to maintain the highest standards of governance.

The biographies of Nick Beattie and the proposed three new Non-Executive Directors can be found below. Information required pursuant to paragraph (g) of Schedule Two of the AIM Rules for Companies on Nick Beattie is also set out below, while the same information for the three new Non-Executive Directors will be set out in a subsequent announcement that confirms their appointment.

Nick joined the Group in April 2019 as Group Treasurer and was appointed Interim Group CFO and Company Secretary in August 2021. During his time at Savannah, Nick has been actively involved in all finance and business development activities for the Group. Nick has an extensive background in financing energy companies, including seven years with BNP Paribas where he was a Managing Director in the Upstream Oil and Gas team in London, responsible for leading the bank relationships with UK-focused independent E&P companies. Nick is a Fellow of the Chartered Banker Institute and a Member of the Chartered Institute for Securities and Investment.

Sarah was an elite level athlete for 18 years and is a former British, European and Commonwealth champion in the sport of judo, who competed at three Olympic Games for Great Britain. She is currently CEO of Edinburgh Judo one of the UK's largest, most successful and fastest growing judo clubs catering for 4-year-old beginners all the way through to Olympic medalists. Sarah currently serves as a Non-Executive Director of JudoScotland (the governing body for judo in Scotland).

Sarah has worked extensively in mentor, role model and leadership positions with organisations such as with the Dame Kelly Holmes Trust, the Youth Sport Trust and the Winning Scotland Foundation. In these roles her focus has been to deliver personal and group development programmes to young people from disadvantaged backgrounds and communities. She has also worked extensively with individuals and companies delivering programmes around the positive learnings businesses can take from the elite level sport world.

Djamila is a medical doctor, entrepreneur and social activist. She founded the then largest private medical hospital in Niger, the Pro-Santé Polyclinic, of which she was President and CEO. Djamila formerly served as a technical consultant to the Islamic Development Bank and as a Professor of Health Prevention and Promotion at the African Development University.

She is a founding Board member of Afrikajom (the leading Pan African human rights focused think tank) and is the founder and President of MEDCOM (a Niger focused medical and educational NGO). She is a former a member of the executive committee of the Orange Niger Foundation. She regularly speaks at African focused Human Rights events, including those organised by the World Bank, OXFAM, Plan International, the G5 Sahel, OSIWA, NDI and TEDX. Djamila has been named by the United Nations Population Fund as one of the 100 women leaders in Niger and by Facebook as one of 19 African LeadHERs breaking boundaries in the fields of media, entertainment, education and business.

Sylvie is a seasoned professional in finance, with a large expertise across multinational businesses both in an executive management and a non-executive capacity as board member and audit committee chairwoman.

The following additional information is provided in accordance with paragraph (g) of Schedule Two of the AIM Rules for Companies.

Other than the information contained within this announcement, there is no further information required to be disclosed pursuant to paragraph (g) of Schedule Two of the AIM Rules for Companies.

Savannah Energy PLC is an AIM quoted British independent energy company focused around the delivery of Projects that Matter in Africa and is active in Cameroon, Chad, Niger and Nigeria. 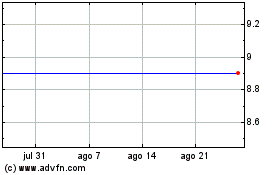 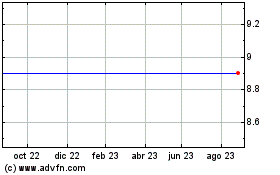 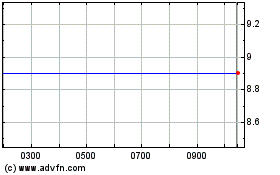