("Scirocco Energy" or "the Company")

Letter to Shareholders re Ruvuma Disposal

Scirocco Energy (AIM: SCIR), the AIM investing company targeting attractive assets within the European sustainable energy and circular economy markets, announces that Alastair Ferguson, Non-Executive Chairman, has written a letter to all shareholders providing additional context on the Board's strategic rationale for its proposed transaction with Wentworth Resources as announced on 13 June 2022.

The full text of that letter is copied below.

As communicated to you in the circular on 13 June 2022 and the webinar on 16 June 2022, the Company is proposing to dispose of its legacy Ruvuma asset and notice was given of a General Meeting of the Company to take place at 10:30am on 29 June 2022 at Pinsent Masons LLP, 141 Bothwell Street, Glasgow, G2 7EQ where the proposition will be put to a vote as an ordinary resolution for approval by holders of Ordinary Shares.

The circular, which includes the Principal Terms of the Proposed Transaction with Wentworth Resources PLC, can be found on the Company's website at the following address: https://www.sciroccoenergy.com/investors/circulars/

Under the proposed Asset Purchase Agreement, the consideration for the Ruvuma asset comprises:

-- initial consideration of $3,000,000 in cash payable upon completion of the Proposed Transaction and prior to Completion and subject to satisfaction of certain conditions Wentworth will make a loan of $500,000 available to Scirocco (the "Initial Loan Amount"); plus

-- contingent deferred consideration of up to $13,000,000 in aggregate, made up of the following payments:

o $3,000,000 to be paid following the date on which the operating committee provides final approval of a development plan under the Ruvuma JOA;

o $2,000,000 following the date on which the cumulative gross production from the Ruvuma Asset is equal or greater than 50 billion cubic feet.

The Asset Purchase Agreement was the result of an exhaustive two-year process, and the Directors unanimously agree that it represents the best possible deal for Scirocco to realise value from the asset, while retaining material upside exposure in the success case of Ruvuma.

At the same time, the deal significantly strengthens the Company's balance sheet by providing an immediate and non-dilutive injection of funds, allowing Scirocco to pursue its current investing strategy targeting cash-generative assets within the sustainable energy and circular economy markets, as approved by shareholders at the Annual General Meeting of 9 July 2021.

It is the duty of the Board and management to safeguard the interest of all shareholders and make decisions that we believe are in the best interest of the Company. The intention of the proposed divestment that we are asking shareholders to vote on has been communicated clearly by the Company through the two-year sales process and is wholly consistent with the revised investing strategy set out by Scirocco's Board.

Completion of the divestment will enable the Company to accelerate its growth strategy, which we believe will enable the Board to build a business with a long-term future capable of generating sustainable returns for its shareholders. As such, the Board encourages all shareholders to cast their vote and strongly recommend that shareholders vote in favour of passing the proposed acquisition at the upcoming General Meeting.

Should the resolution not be passed, the Company will be required to fulfil its near-term funding obligations on the Ruvuma asset which can only be achieved by raising further equity, likely in excess of its current market capitalisation, and at a level of issuance and price that would be highly dilutive for existing shareholders. There are no guarantees that the Company will be able to raise the capital required to meet near-term obligations which would likely lead to the Company defaulting on its financial commitments and potentially relinquish its interest in Ruvuma for zero consideration.

It should also be recognised that success is not guaranteed in the upcoming CH-1 well and the ultimate approval, extent of or timing of a related development is also uncertain. The Ruvuma project involves significant technical and subsurface uncertainties, meaning the Company would retain material downside exposure associated with the project, as well as the potential long-term requirement for large capex expenditure, implying further dilutive capital raises in order to maintain our interest. Those factors and the significant concentration in a single asset lead to the Board and management to conclude that this is not an appropriate risk/reward profile for Scirocco and does not provide a reasonably deliverable path to growth or cashflow.

It is therefore the firm belief of the Director's that the passing of the Resolution is in the best interests of the Company and Shareholders, and we unanimously recommend shareholders vote in favour .

The Directors who hold shares, totalling 3.2% of the issued share capital, will be voting in favour of the proposal. Additionally, the Company has received letters from significant shareholders representing 11.1% of the Company's issued share capital which confirm they are supportive of the proposed transaction and that it is their current intention to vote in favour of the resolution at the General Meeting.

Shareholders can submit their vote by completing the below proxy form (available on the website) and emailing the completed form to Voting@shareregistrars.uk.com .

For shares held in nominee accounts you have to contact your appointed broker to instruct them as to your voting intentions.

We look forward to the successful completion of this transaction and moving forward as a well-funded, strategically focused company with a clear vision to deliver sustainable long-term value for the Company's shareholders.

Non-Executive Chairman of the Board of Scirocco 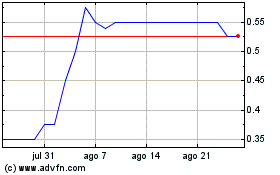 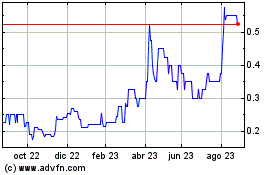 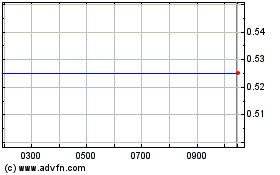