Proposed Reverse Take-Over of Hellenic Dynamics S.A. and Suspension of Trading in the Company's Shares on AIM

U.K. SPAC Plc (AIM: SPC), an AIM Rule 15 cash shell, announces that it has entered into a binding sale and purchase agreement (the "Agreement") with the shareholders of Hellenic Dynamics S.A. ("Hellenic") ("Sellers") in relation to the acquisition of 100 per cent. of the issued share capital of Hellenic (the "Acquisition") for a total consideration of GBP45.2 million, to be satisfied by the issue of new UK SPAC ordinary shares (the "Transaction"). Hellenic is a European medical cannabis cultivation company.

The proposed Acquisition is classified as a reverse takeover pursuant to Rule 14 of the AIM Rules for Companies. Accordingly, at the request of the Company, the Company's ordinary shares will be suspended from trading on AIM with effect from 07:30 a.m. today.

-- Consideration of GBP45.2 million to be fully satisfied by way of the issue of an expected maximum of 9,578,937,499 new ordinary shares in the Company ("Consideration Shares") at an expected minimum of 0.472 pence per ordinary share ("Issue Price"), subject to a minimum cash balance held on completion by UK SPAC of GBP3.92 million ("Minimum Cash Balance") , net of transaction costs;

-- The Agreement includes a mechanism to further increase the value of UK SPAC and the Issue Price in the event that the cash held by UK SPAC at completion is greater than the minimum cash balance;

-- Proposed admission of enlarged group, at a market capitalisation of more than GBP50 million, to the standard segment of the Official List of the Financial Conduct Authority ("FCA") and to trading on the London Stock Exchange's main market for listed securities ("Standard Listing");

Details of the Acquisition

Hellenic is a medical cannabis cultivation business based in Europe, further details of which are included below.

Under the terms of the Agreement, the consideration payable in respect of the Acquisition is GBP45.2 million which is proposed to be satisfied entirely by the allotment and issue to the Sellers the Consideration Shares. The Acquisition is conditional on UK SPAC having the Minimum Cash Balance at completion, which the Company expects to achieve through the exercise of existing warrants by warrant holders or the issue of new ordinary shares by means of a placing. The Company's current net cash balances stand at GBP 2.5 million.

The Company has submitted a first draft of the prospectus to the FCA and has made an application in respect of a Standard Listing.

The Agreement contains a number of conditions such that completion of the proposed Acquisition remains subject to certain matters including, inter alia, the following:

a) no person (being a governmental or regulatory authority) having enacted any legislation (including any subordinate legislation) which would prohibit, materially restrict or materially delay the completion of the Acquisition or prohibit the operations of the enlarged group following completion;

b) there being granted a waiver by the Panel of any requirement under Rule 9 of the Takeover Code that would otherwise arise on the Sellers (whether individually or as a concert party or otherwise) to make a general offer to the Company's shareholders as a result of the issue to any one or more of the Sellers of the Consideration Shares on completion (subject to Admission);

c) an adjustment to the value of the Company occurring on Admission, resulting from the exercise of outstanding warrants in UK SPAC;

d) the passing of the requisite resolutions at a general meeting of the Company (to be convened);

f) the allotment and issue of the Consideration Shares credited as fully paid subject only to Admission on or before the Long Stop Date, being 31 October 2021 unless extended mutually by the Sellers and the Company; and

Hellenic was founded in March 2019 and its operations are based in a 200,000 square meter facility in Northern Greece. Hellenic plans to grow, manufacture, process and sell THC-dominant dried medicinal cannabis flowers and related extracted oils for export initially into the German market with further export markets in Europe to follow. Hellenic also intends to provide a medicinal cannabis oil extract product for the envisaged domestic Greek market.

The final installation phases of cultivation equipment are currently taking place at the facility and Hellenic expects to cultivate and sell its first products in Q1 2022. The Company has signed two term sheets for off-take agreements with two licensed distributors in Germany, which cover the total first year's production of dried medicinal cannabis flowers.

The medicinal cannabis market in Europe was worth GBP2.5bn in 2019 and is expected to reach GBP26.4bn by 2027 ((1) ). Hellenic's cultivation strategy is set across three stages of development. Stage one is intended to provide full proof of concept and initial sales, with the following stages to be based on Hellenic's strategy of utilising sales revenues to increase the total cultivation area, in line with increased European demand of medicinal cannabis products.

Hellenic also has a memorandum of understanding with The American Farm School, based in nearby Thessaloniki, for the purposes of promoting joint research and development projects and training in connection with the optimisation of cannabis cultivation.

Hellenic aims in the next few years to be a leading grower of medicinal cannabis in Europe, a market where there are currently very few cultivators that have the ability to cultivate and export THC medical cannabis products.

Greek legislation describes a two-stage licensing process; the first being an installation licence and the second an operational licence. As at the date of the Agreement, Hellenic holds a facility installation licence (the "Licence"), granted on 24 October 2019, which permits it to construct and establish a cannabis processing and production facility. Hellenic is in the final stages of completing the necessary works to apply for an operational licence.

It is a general warranty of the Agreement that the Acquisition shall not violate any terms or provisions of the Licence or cause the Licence (or application for the operation licence) to be suspended, revoked or terminated provided that the Company notifies the Directorate for Business Licensing and Business Parks of the General Secretariat of Industry in Greece of the new shareholding structure pursuant to Article 2 of the Joint Ministerial Decision 51483/700/ .15 ( '1692/2018). In addition to the above, the Agreement contains market standard undertakings and warranties from both the Sellers and the Purchaser.

The Company became an AIM Rule 15 cash shell on 3 March 2021 and, as such, is required to make an acquisition or acquisitions which would constitute a reverse takeover pursuant to AIM Rule 14 (a " Reverse Takeover ") or be re-admitted to trading on AIM as an investing company under the AIM Rules, on or before the date falling six months after 3 March 2021, being 3 September 2021. After this date, the Company's shares will be suspended for a maximum of a further six months.

As neither a Reverse Takeover nor readmission to trading on AIM as an investing company have been completed, trading in the Company's ordinary shares on AIM will be suspended as of 07:30 a.m. today. The Company's shares will remain suspended from trading on AIM until either completion and Admission or termination of the Acquisition. In the event that no such transaction is completed within six months of today's suspension, the Company's shares will be cancelled from trading on AIM pursuant to AIM Rule 41. There can be no assurance that the Company will be able to complete the Acquisition or any other Reverse Takeover during the six-month suspension period.

"I am delighted that the Company has been able to contract to acquire this extremely exciting and impressive company which has the ambition and the potential to become one of the major growers of medicinal cannabis in Europe."

" This is a major step forward for Hellenic as we look to establish ourselves as a leading cultivator of THC dominant medical cannabis in Europe and develop specialist strains of cannabis specific to individual medical ailments. With patient demand for medical cannabis increasing and a willingness among governments to regulate and open up this important market we are very optimistic about our future as a listed company. "

For further information, please visit http://www.ukspacplc.com or contact the following:

(A conversion rate of $1:GBP0.719 was used to change the statistics quoted in $ in the above article, to GBP) 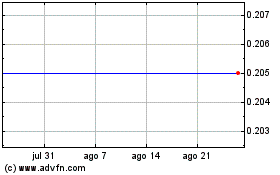 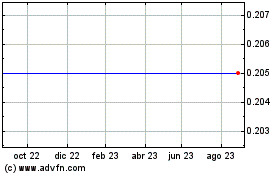 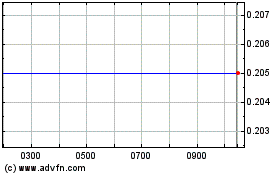