The Directors of Thor Mining Plc ("Thor" or the "Company") (AIM, ASX: THR, OTCQB: THORF) are pleased to announce that the third follow up diamond drillhole (21MHDD003) at the Molyhil Critical Minerals Project, Northern Territory, reinforces the newly discovered extension of scheelite-molybdenite-chalcopyrite mineralisation within a magnetite skarn.

-- 21MHDD002 intercepted over 45m of disseminated scheelite-molybdenite-chalcopyrite mineralisation in a massive magnetite-rich skarn and the third drill hole was designed to target the projection of 21MHDD002 mineralisation down plunge.

-- Three diamond drillholes totalling 995.4m have been completed and confirms that the newly identified magnetic target to the south of the Molyhil deposit is a continuation (possibly offset) of tungsten-molybdenum-copper mineralisation.

-- The new critical minerals discovery resulting from the 3D modelling of the magnetics highlights the potential to grow the Molyhil resource.

-- Extrapolation of the 3D model along strike has identified further high priority targets for drill testing.

Photo 1: 21MHDD003 - 276m; scheelite-molybdenite-chalcopyrite disseminated mineralisation within magnetite skarn may be viewed on the following link:

"We are excited to announce that the third drillhole, 21MHDD003, intercepted further disseminated tungsten-molybdenum-copper mineralisation within magnetite skarn, confirming our new critical minerals discovery at the Molyhil project.

This extension of mineralisation, directly south of the deposit, has significant positive implications for the overall Molyhil Critical Minerals project. We look forward to further updating the market when all geological data and assays are available."

Three diamond drillholes (21MHDD001 - 21MHDD003) totalling 995.4m have been successfully tested, and confirmed the newly identified magnetic target, which represents a massive magnetite skarn hosting disseminated tungsten-molybdenum-copper mineralisation, located to the south of the Molyhil Critical Minerals Project (Table A and B and Figure 1 and 2).

Previous 3D geological modelling of the Molyhil deposit identified two prominent structures - the Yacht Club fault and South Offset fault (Figure 1 and 2). Based on the geological timing of these faults, they appear to have had a significant impact on mineralisation, such as offsetting the Yacht Club mineralisation from the Southern Lode, hence creating targets for potential extensions. Modelling of the South Offset Fault, relative to the magnetics, strongly implies an offset of the now confirmed magnetite skarn, host to the tungsten-molybdenum-copper mineralisation, south of the South Offset fault.

Diamond drill core is currently being prepared for submission to the laboratory, with Thor anticipating assay results in the first quarter of 2022.

The drilling program is co-funded by the Geophysics and Drilling Collaborations (GDC) program as part of the Resourcing the Territory initiative, with Thor Mining granted A$110,000 (AIM: THR 4 June 2021).

Photo 2: A photo of 21MHDD002 (275.4m) - massive magnetite skarn with disseminated scheelite and molybdenite mineralisation and bands of chalcopyrite may be viewed by the following link: https://www.thormining.com/sites/thormining/media/maps/p1000233.jpg

Photo 3: 21MHDD003 (273.5- 283.5m) - massive magnetite skarn with disseminated scheelite and molybdenite (metallic silver) mineralisation and bands of chalcopyrite (yellow) may be viewed by the following link:

Photo 4: Scheelite crystals (CaW0(4) ) under Ultra-Violet light surrounded by chalcopyrite (CuS(2) ) and molybdenite (MoS(2) ) within massive magnetite skarn - 21MHDD002 may be view by the following link:

Figure 1: Plan view, looking down at the conceptual pit shell (brown), with the 0.3% WO(3) isosurface in blue, 0.15% Mo isosurface in silver, and modelled 3D magnetics in transparent red. The yellow dashed line shows the location of the long section (Figure 3). Interpreted mineralisation model shown in yellow. 21MHDD001, 21MHDD002 and 21MHDD003 hole traces. Figure 1 may be viewed by the following link:

Figure 2. Long section of the Molyhil project looking west-northwest, showing the three holes drilled in 2021 (21MHDD001 - 21MHDD003). Drilled holes 21MHDD002 and 21MHDD003 intercepted tungsten-molybdenum-copper mineralisation within magnetite skarn, whilst 21MHDD001 is interpreted to have drilled just over the top of the mineralised zone. Bar graph to the left of the drillholes shows Fe in XRF readings, indicating magnetite-rich skarn. Mineralisation remains open at depth. The conceptual pit shell is shown in brown, 0.3% WO(3) isosurface in blue, 0.15% Mo isosurface in silver, and modelled 3D magnetics in red (0.175 SI), and as a transparent red envelope (0.15 SI) and a conceptual shape representing the down-plunge mineralised zone in yellow. Figure 2 may be viewed on the following link:

The newly discovered extension of the tungsten-molybdenum-chalcopyrite mineralisation to the south of the Molyhil deposit, has validated the successful 3D modelling of the geology, magnetics and mineralisation. The newly acquired data will be used to finesse the 3D model prior to follow up potential resource drilling.

Figure 3. 3D modelling of magnetics (transparent red) highlights Molyhil deposit and the recently drilled southeast plunging extension, plus drill targets along strike may be viewed by the following link:

The Molyhil deposit is located 220 kilometres north-east of Alice Springs (320 km by road) within the prospective polymetallic province of the Proterozoic Eastern Arunta Block, in the Northern Territory (Figure 3).

Figure 4: The Tenement & Prospect Location Plan may be viewed by the following link:

This announcement is authorised for release to the market by the Board of Directors.

For further information on the Company, please visit www.thormining.com or contact the following:

The information in this report that relates to Exploration Results and the Estimation and Reporting Molyhil Mineral Resource Estimation is based on information compiled by Nicole Galloway Warland, who holds a BSc Applied geology (HONS) and who is a Member of The Australian Institute of Geoscientists. Ms Galloway Warland is an employee of Thor Mining PLC. She has sufficient experience which is relevant to the style of mineralisation and type of deposit under consideration and to the activity which she is undertaking to qualify as a Competent Person as defined in the 2012 Edition of the 'Australasian Code for Reporting of Exploration Results, Mineral Resources and Ore Reserves'. Nicole Galloway Warland consents to the inclusion in the report of the matters based on her information in the form and context in which it appears.

Updates on the Company's activities are regularly posted on Thor's website www.thormining.com , which includes a facility to register to receive these updates by email, and on the Company's twitter page @ThorMining .

Thor Mining PLC (AIM, ASX: THR; OTCQB: THORF) is a diversified resource company quoted on the AIM Market of the London Stock Exchange, ASX in Australia and OTCQB Market in the United States.

The Company is advancing its diversified portfolio of precious, base, energy and strategic metal projects across USA and Australia. Its focus is on progressing its copper, gold, uranium and vanadium projects, while seeking investment/JV opportunities to develop its tungsten assets.

Thor owns 100% of the Ragged Range Project, comprising 92 km(2) of exploration licences with highly encouraging early-stage gold and nickel results in the Pilbara region of Western Australia, for which drilling is currently underway.

At Alford East in South Australia, Thor is earning an 80% interest in copper-gold deposits considered amenable to extraction via In Situ Recovery techniques (ISR). In January 2021, Thor has announced an Inferred Mineral Resource Estimate of 177,000 tonnes contained copper & 71,000 oz gold(1).

Thor also holds a 30% interest in Australian copper development company EnviroCopper Limited, which in turn holds rights to earn up to a 75% interest in the mineral rights and claims over the resource on the portion of the historic Kapunda copper mine and the Alford West copper project, both situated in South Australia, and both considered amenable to recovery by way of ISR.(2)(3)

Thor holds 100% interest in two private companies with mineral claims in the US states of Colorado and Utah with historical high-grade uranium and vanadium drilling and production results.

Adjacent to Molyhil, at Bonya, Thor holds a 40% interest in deposits of tungsten, copper, and vanadium, including Inferred resource estimates for the Bonya copper deposit, and the White Violet and Samarkand tungsten deposits.

The JORC Code (2012) describes a number of criteria, which must be addressed in the documentation of Mineral Resource estimates, prior to public release of the information. These criteria provide a means of assessing whether or not the data inventory used in the estimate is adequate for that purpose. The resource estimate stated in this document was based on the criteria set out in Table 1 of that Code. These criteria have been discussed in the main body of the document and are summarised below. Only sections relevant to the reported resource have been addressed. The JORC Code Assessment Criteria in the following table are italicised.

(Criteria in this section apply to all succeeding sections.)

(Criteria listed in the preceding section also apply to this section.) 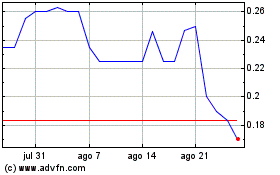 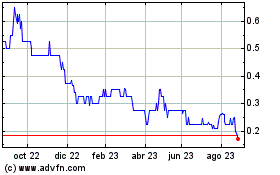 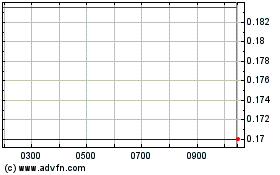