The partnership between Eve and Falko will begin by establishing a working group to collaborate with Falko's existing operators to develop initial route networks where Eve's aircraft can be deployed in early adopter markets. Additionally, Eve's agnostic product portfolio of next-generation air traffic management software, service capabilities, and fleet operations services will also be introduced to create a safe, scalable network for each Falko lessee using Eve's aircraft.

Falko has been closely cooperating with Embraer since 2014 and chose Eve as its Urban Air Mobility partner due to Embraer's long record for certifying trusted aircraft for over 52 years.

"I am thrilled to announce this huge development in our long standing and successful relationship with Embraer. We are very excited by our strategic partnership with Eve which forms part of our drive to be at the forefront of the greening of the aviation sector. We firmly believe in the prospects of the eVTOL market and that Eve, with the support of Embraer's experience in the manufacturing, certification and support of aircraft, will be a market leader," states Jeremy Barnes, CEO of Falko.

"Our partnership with Falko, a trusted aircraft leasing leader, cements our position in the global Urban Air Mobility marketplace and not only widens our potential operator base through Falko's global customer footprint but increases our ability to provide full stack solutions, through partnerships. We are proud to have Falko as a strategic partner in Eve as our two organizations collaborate to lead a new generation of sustainable innovation, in aviation," said Andre Stein, co-CEO of Eve.

Eve is a new, independent company dedicated to accelerating the global Urban Air Mobility (UAM) ecosystem. Benefitting from a startup mindset, backed by Embraer's more than 50-year history of aerospace expertise, its singular focus takes a comprehensive approach to the UAM industry by providing a holistic ecosystem. Its advanced electric vertical aircraft (EVA) coupled with its comprehensive global services and support network, and a unique air traffic management solution make it a serious contender in this space. Eve is the first company to graduate from EmbraerX. For more information, visit www.eveairmobility.com.

Since it was founded in 1969, Embraer has delivered more than 8,000 aircraft. On average, about every 10 seconds an aircraft manufactured by Embraer takes off somewhere in the world, transporting over 145 million passengers a year.

Embraer is the leading manufacturer of commercial jets up to 150 seats and the main exporter of high value-added goods in Brazil. The company maintains industrial units, offices, service and parts distribution centers, among other activities, across the Americas, Africa, Asia and Europe.

This press release includes "forward-looking statements" within the meaning of the "safe harbor" provisions of the United States Private Securities Litigation Reform Act of 1995. Forward-looking statements may be identified by the use of words such as "estimate," "plan," "project," "forecast," "intend," "will," "expect," "anticipate," "believe," "seek," "target", "may", "intend", "predict", "should", "would", "predict", "potential", "seem", "future", "outlook" or other similar expressions (or negative versions of such words or expressions) that predict or indicate future events or trends or that are not statements of historical matters. These forward-looking statements include, but are not limited to, statements regarding Eve's, Embraer's and Falko's expectations with respect to the proposed partnership, Eve's ability to successfully develop, certify, manufacture and commercialize Eve's UAM solutions and eVTOL on a global scale, and Falko's potential purchase of Eve's eVTOL, and the anticipated benefits of the collaboration between the Company and Eve. These statements are based on various assumptions, whether or not identified herein, and on the current expectations of Eve's, Embraer's and Falko's management and are not predictions of actual performance. These forward-looking statements are provided for illustrative purposes only and are not intended to serve as, and must not be relied on by any investor as, a guarantee, an assurance, a prediction or a definitive statement of fact or probability. Actual events and circumstances are difficult or impossible to predict and may differ from assumptions, and such differences may be material. Many actual events and circumstances are beyond the control of Eve, Embraer and Falko.

Important Information and Where to Find it

No Offer or Solicitation

This press release is for informational purposes only and does not constitute an offer to sell or the solicitation of an offer to buy any securities, or a solicitation of any vote or approval, nor shall there be any sale of securities in any jurisdiction in which such offer, solicitation or sale would be unlawful prior to registration or qualification under the securities laws of any such jurisdiction. No offering of securities shall be made except by means of a prospectus meeting the requirements of Section 10 of the Securities Act, or an applicable exemption from the registration requirements thereof.

Participants in the Solicitation

Zanite and its directors and executive officers may be deemed participants in the solicitation of proxies from Zanite's stockholders with respect to the proposed business combination. A list of the names of those directors and executive officers and a description of their interests in Zanite is contained in Zanite's Registration Statement on Form S-1/A and in Zanite's Current Report on Form 8-K filed on September 15, 2021, each of which was filed with the SEC and is available free of charge at the SEC's web site at www.sec.gov, or by directing a request to Zanite Acquisition Corp. at 25101 Chagrin Boulevard Suite 350, Cleveland, Ohio 44122, Attention: Steven H. Rosen, or by calling (216) 292-0200.

Eve, Embraer, EAH and their respective directors and executive officers may also be deemed to be participants in the solicitation of proxies from the stockholders of Zanite in connection with the proposed business combination. 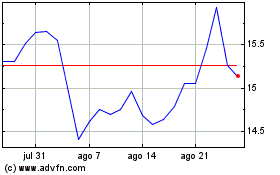 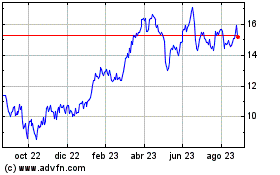 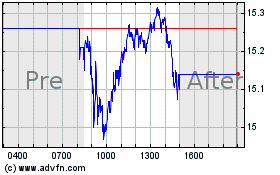