The Swiss National Bank's monetary policy announcement will be out at 3:30 am ET. Economists widely expect the central bank to maintain policy rate at -0.75 percent.

Ahead of the decision, the franc traded mixed against its major counterparts. While it rose against the euro and the pound, it held steady against the yen. Against the greenback, it dropped. 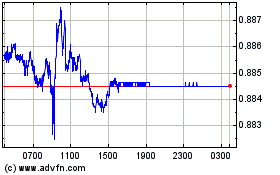