AVEVA Group plc ('AVEVA' or 'the Group'), a global leader in industrial software, announces the following trading update for the financial year ended 31 March 2022 (FY22); an update on its FY23 outlook with an acceleration in Annualised Recurring Revenue (ARR) growth and re-affirms its 5-year targets.

AVEVA delivered a strong close to FY22. The Group achieved 18% revenue growth in Q4 on a pro forma organic constant currency basis(1) . This growth was driven by a very good performance from PI System. T his resulted in overall Group revenue growth on the same basis for FY22 of 7%, again with a strong contribution from PI System.

Group revenue growth was supported by point-in-time revenue recognition relating to multi-year on-premise Subscription contracts, with a corresponding increase in contract assets at 31 March 2022 to around GBP300m. It was also supported by continued sales of Perpetual licences relating to PI System.

The Group expects adjusted EBIT margin to be consistent with the previous year pro forma results at just below 30%. These factors will result in an overall adjusted EBIT performance that is in-line with market expectations.

ARR increased by 9%(2) . This rate of increase was below the levels targeted in AVEVA's five-year plan. The majority of this ARR growth was driven by the heritage AVEVA business, which grew ARR significantly ahead of revenue. As expected, PI System's ARR growth was behind revenue growth, ahead of its transition to a subscription-based revenue model.

AVEVA will drive an acceleration in ARR growth in FY23 to a level of 15% to 20%. This growth will be underpinned by business model transition, improving end market conditions, synergies relating to the PI System integration, and price increases. For example, we are starting to see contracts being renewed or increased early as Energy markets recover; PI System will accelerate its move to Subscription; the Group's Cloud transition is being accelerated; and AVEVA implemented a substantial list price increase on 1 April.

In addition to this, revenue will be impacted by the war in Ukraine and consequential sanctions on Russia. AVEVA has ceased new business in Russia. The Group continues to support existing non-sanctioned companies where there is no legal basis to terminate contracts. Russia is a relatively small market in the context of the Group, representing around 2% of revenue in FY22. Due to the fixed nature of AVEVA's costs, loss of revenue will largely drop through to adjusted EBIT.

Adjusted EBIT for FY23 will also be impacted by some additional costs. These include wage inflation due to very competitive software labour market conditions; increased travel and event costs post-Covid; together with investment in Cloud R&D, sales and operations. Wage inflation will be more than offset by pricing over time; however, most salary increases feed through at the beginning of the financial year, while list price increases only take effect when contracts are renewed, or new business is signed. While the additional investment in Cloud was planned, the Board has decided to pull this investment forward to accelerate AVEVA's transition. The impact of this acceleration will result in around GBP20m of additional costs in the current financial year.

Taking all of these factors into account, revenue growth is expected to be lower in FY23 than in FY22 and adjusted EBIT margin is expected to reduce, before resuming growth in FY24. Cash conversion is expected to significantly improve in FY23 and beyond.

AVEVA reconfirms its previously announced financial targets for the five financial years ending 31 March 2026 (FY26). These are expressed on an organic constant currency basis. They are to deliver:

-- a revenue Compound Annual Growth Rate (CAGR) of around 10% between FY21 and FY26, on a constant currency basis, supported by revenue synergies relating to the OSIsoft acquisition, which are expected to be at least $100 million in FY26;

-- recurring revenue at over 80% of total revenue in FY26 driven by a continued transition to Subscription and the accelerated adoption of Cloud by customers;

To meet these targets AVEVA intends to grow ARR at a rate of 15% to 20% per annum in the period to FY26. Management will present details to support this objective later today (see below for call details).

The targets assume that the global economic outlook is stable to moderately growing and that trends toward digitalisation continue at current rates.

Conference call and notice of results

AVEVA will host a call for analysts and investors at 8.15am BST today and expects to announce its full year results on 8 June 2022.

Slides and a webcast are available via investors.aveva.com and a replay of the call will be made available later in the day.

Organic constant currency revenue excludes a currency translation reduction; and adjusts for the disposals of the Acquis Software, Termis Software and Water Loss Management Software businesses in June 2021 by removing the results of the disposals from each reporting period.

(2) ARR makes it easier to track recurring revenue progression by annualising revenue associated with Subscription, Cloud and Maintenance contracts . It removes distortions caused by revenue recognition standards by annualising the revenue associated with contracts at a point in time. It is calculated on a constant currency basis. Stated ARR growth is adjusted for the exclusion of business in Russia in both the base and the end point . 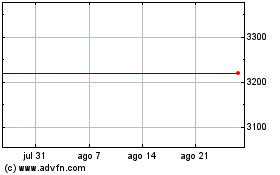 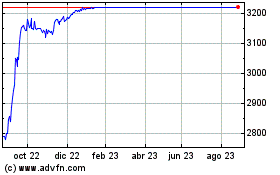 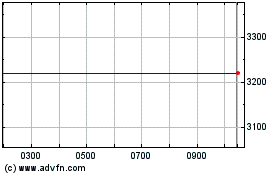