The information contained within this announcement is deemed by the Company to constitute inside information pursuant to Article 7 of EU Regulation 596/2014 as it forms part of UK domestic law by virtue of the European Union (Withdrawal) Act 2018 as amended.

("Strategic Minerals" or the "Company")

Strategic Minerals plc (AIM: SML; USOTC: SMCDY), a profitable producing mineral company , is pleased to provide the following update on the Company's progress in relation to funding of the Leigh Creek Copper Mine ("LCCM" or the "Project") and progress on addressing the conditional elements of the Project's Program for Environmental Protection and Rehabilitation ("PEPR").

-- Focus of funding sought, while still expected at the LCCM level, has moved to a convertible note/joint venture basis after debt negotiations with a top global bank ceased

-- Negotiations have been based on the Company's internal forecasts of the Project's expected EBITDA of US$68m, reflecting a US$4-25 lb copper price and an AUD/USD exchange rate of 0.7500

-- Company is confident that, on the basis of work completed for the PEPR resubmission, the Environmental Bond required is likely to be reduced by a significant amount, although there can be no assurances of this as the decision rests solely with DEM

As announced on 8 October 2021, the Company had been in negotiations for a substantial debt facility from a respected global bank. Ultimately, as a result of the high costs of a large approved undrawn facility and the Company's current low market capitalisation, these negotiations have now ceased. The advanced nature of these discussions and a belief, at the time, that an offer was imminent were announced by the Company to ensure all potential investors had the same information regarding the LCCM funding situation ahead of the equity raise in October.

As attempts to raise pure debt-based funding for LCCM have not been successful thus far, the Company has shifted its emphasis to funding involving an equity component. Accordingly, marketing has refocused on a proposed US$10m convertible note facility at the subsidiary level.

Marketing to potential investors is based on current market conditions utilising a copper price assumption of US$4-25 lb and an AUD/USD exchange rate of 0.7500. This produces an expected project EBITDA of US$68m according to the Company's internal forecasts.

Initial marketing feedback has indicated that, in order to ensure broader appeal, a minimum funding size of US$10m needs to be sought and, with some investors, a planned liquidity event is preferred. Accordingly, LCCM is currently seeking US$10m by either a convertible note or equity investment and plans to apply such funding to recommence production (approximately US$6m) and for exploration costs (approximately US$4m).

The US$6m earmarked to recommence production, prior to receipt of revenues, is made up of approximately:

The provision of additional funds will provide LCCM with the ability to bring forward planned exploration drilling.

Drilling is expected to focus on two areas, namely:

a) Copper Oxide confirmatory drilling around the Mount Coffin mineralisation, within LCCM's tenements. While there has been historical assessment of the mineralisation, such drilling does not qualify the mineralisation to the JORC (2012) standards. Twinning of existing known holes will assist with the definition of a JORC (2012) compliant resource which could extend the life of the oxide operating project. The Directors believe this additional resource could increase expected project EBITDA by up to US$40m.

b) Copper Sulphide exploratory drilling around a significant intersection in a Bridge Minerals Pty Ltd's 1974 historical drill hole PDH38. The drill hole, close to the Paltridge North ("PN") deposit, was drilled to 183m and showed a high-grade copper sulphide intersection from 137.2m to 144.8m with a 15-20% sulphide component and copper grade of 1.34% (a PDF of the drill hole results can be viewed at https://www.strategicminerals.net/investors/presentations.html). While exploration for additional copper resources within the Adelaide Geosyncline in the northern Flinders Ranges has always been a key strategy for LCCM, the current expected funding package will provide the opportunity to undertake a staged exploration programme more quickly.

Discussions with potential LCCM convertible note/equity investors, to date, has made Management confident that funding is likely to be achieved prior to final clearance of the PEPR for PN. However, timing of the commencement of production and exploration will be dependent on both regulatory approvals and sourcing funding.

In anticipation of proposed drilling programmes at Mount Coffin and around PN, LCCM has lodged applications with the South Australian government for grant payments under its Accelerated Development Initiative ("ADI") programme. If approved, LCCM could receive grant payments of up to 50% of the drilling costs.

Since July 2021, when LCCM received conditional approval for the PEPR associated with LCCM's PN deposit and its treatment of material at the adjacent Mountain of Light ("MoL") processing facility, considerable work has been undertaken to satisfy the conditions that DEM applied and LCCM anticipates that it will resubmit the requested information in January 2022.

The work undertaken for this resubmission, through updating the pit design, has seen the Project's expected profitability increase through higher copper prices making more of the PN deposit economically viable. Further, from both work undertaken and consultation with members of DEM, it is the Company's strong belief that the amount of the Environmental Bond, currently A$3.5m, can be significantly reduced.

"The Company is confident that 2022 will see the recommencement of production at Leigh Creek.

"Whilst it was felt that funding on a pure debt basis would have produced the best result for our shareholders, the market was not prepared to debt fund the Project at this time. Accordingly, discussions involving equity linked funding, at the LCCM level, have now commenced and considerable interest has been received to date. It is for this reason that we feel that these funding arrangements will be completed before the Project is "shovel ready".

"Given that the response to the conditions of the July PEPR is being lodged shortly with the DEM, it is considered that the earliest LCCM will be in a position to recommence production is March 2022 and this would be subject to all regulatory clearances and funding being secured.

"Strategic Minerals is excited by the prospect of undertaking drilling in 2022. Planned drilling at Mount Coffin is expected to lead to an increase in LCCM's reported copper oxide JORC resource and commence its long-term strategy to use cash flows from copper oxide production to locate a substantial copper sulphide deposit in this copper rich province. "

The expected exploration results in this announcement are based on information compiled by Mr. David Larsen, who is a Member of the Australian Institute of Geoscientists. Mr Larsen is the Principal of D&J Larsen Consulting Pty Ltd and is a consultant to the Company. He has sufficient experience relevant to the style of mineralisation and type of deposit under consideration and to the activity he is undertaking to qualify as a Competent Person, as defined in the 2012 Edition of the Australasian Code for Reporting of Exploration Results, Mineral Resources and Ore Reserves and a qualified person as defined in the AIM Note for Mining and Oil & Gas Companies dated June 2009. Mr Larsen has over 35 years' Australia and international experience in exploration, mining geology and resource estimation for gold, base metals and iron ore deposits.

Strategic Minerals plc is an AIM-quoted, profitable operating minerals company actively developing projects tailored to materials expected to benefit from strong demand in the future. It has an operation in the United States of America along with development projects in the UK and Australia. The Company is focused on utilising its operating cash flows, along with capital raisings, to develop high quality projects aimed at supplying the metals and minerals likely to be highly demanded in the future.

In September 2011, Strategic Minerals acquired the distribution rights to the Cobre magnetite tailings dam project in New Mexico, USA, a cash-generating asset, which it brought into production in 2012 and which continues to provide a revenue stream for the Company. This operating revenue stream is utilised to cover company overheads and invest in development projects aimed at supplying the metals and minerals likely to be highly demanded in the future.

In May 2016, the Company entered into an agreement with New Age Exploration Limited and, in February 2017, acquired 50% of the Redmoor Tin/Tungsten project in Cornwall, UK. The bulk of the funds from the Company's investment were utilised to complete a drilling programme that year. The drilling programme resulted in a significant upgrade of the resource. This was followed in 2018 with a 12-hole drilling programme and the resource update that resulted was announced in February 2019. In March 2019, the Company entered into arrangements to acquire the balance of the Redmoor Tin/Tungsten project which was settled on 24 July 2019 by way of a vendor loan which was fully repaid on 26 June 2020.

In March 2018, the Company completed the acquisition of the Leigh Creek Copper Mine situated in the copper rich belt of South Austra lia and brought the project temporarily into production in April 2019. The project has been granted a conditional approval by the South Australian Government for a Program for Environmental Protection and Rehabilitation (PEPR) in relation to mining of its Paltridge North deposit and processing at the Mountain of Light installation. 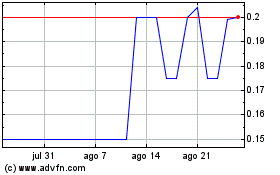 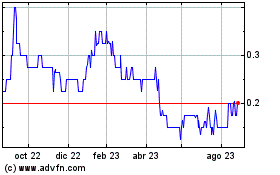 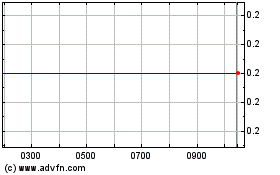