1.08
0.020 (1.89%)
Tiempo Real
Mercado Abierto
1.08
Loopring Wobbles In Last 2 Months – Can LRC Stay In The Loop?
13 Julio 2022 - 05:45AM
NEWSBTC
The Loopring (LRC) price has entered a symmetrical triangle pattern on the daily chart in the face of continuous bearish pressure. This indicates that the bulls are retreating, so LRC must attract buyers to achieve a successful breakout. However, a bearish breakthrough is anticipated, and the token price may fall below the important support at $0.30. Loopring is trading at $0.37 as of this writing, a decrease of 4% over the last seven days, according to statistics provided by Coingecko on Wednesday. The whole crypto market began the year on a positive note. However, by the end of January, it had already begun to indicate that 2022 would be quite bumpy. Image - FX Empire Suggested Reading | Ethereum (ETH) Continues To Lose Luster, Drops Below $1,100 Support Loopring Dragged Down By Gloomy Market Today, the entire crypto market is aggressively negative, having seen a mini-crash in both the months of May and June. The present strong aggressive bearish trend of the sector has also affected other cryptocurrencies, such as Loopring, which is down 80% year-to-date. The coin’s trading volume is 69 million, while its market capitalization is 488 million. Loopring has fluctuated in a descending triangle pattern during the course of the past two months. In addition, LRC has retested the falling trendline, which could ignite another bear cycle inside this pattern. Loopring was one of the few projects in June that had begun to exhibit indications of recovery. The first five days of the project were marked by a significant bullish push. However, this was followed by a significant bearish movement that led to a 41 percent price collapse. LRC total market cap at $494 million on the daily chart | Source: TradingView.com LRC Faces Tough Road Ahead The first 15 days of June also began to improve, resulting in the reversal of some of the month’s losses because of a nearly 40 percent price increase. In contrast, Loopring appears to have continued its strong bearish trend over the past week, shedding 14 percent of its value. Meanwhile, the same forces affecting other markets, such as stocks, play a significant role in the current downturn. Consumer prices are increasing at the highest annual rate in more than 40 years, and the latest Federal Reserve rate increase is still being felt on the bitcoin market. Forecasts of an even more challenging economic climate are also causing the price of Loopring and other altcoins to continue to decrease. Suggested Reading | Tezos (XTZ) Nears 3-Week High – Can Bulls Barrel Towards $1.80? Featured image from CHVNRadio, chart from TradingView.com
Tezos (COIN:XTZUSD)
Gráfica de Acción Histórica
De Dic 2022 a Ene 2023 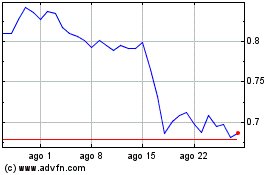 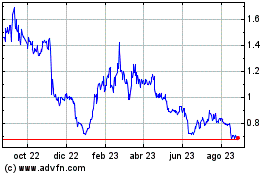 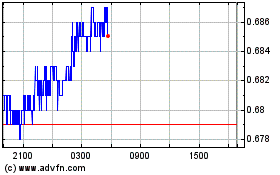