To view the announcement with the illustrative images please use the following link: http://www.rns-pdf.londonstockexchange.com/rns/3683P_1-2022-6-17.pdf

Empire Metals Limited (LON: EEE), the AIM-quoted resource exploration and development company, is pleased to announce the commencement of its exploration activities at the 615km(2) Pitfield Copper-Gold Project ('Pitfield'), located in Western Australia.

-- Multiple proximal historic copper mines and prospects including the historic Baxters copper mine at Arrino, which lies along strike, and produced 106 tonnes of copper at a grade between 20-30% Cu. The f avourable geology of the basin has previously attracted major mining companies, including Kennecott, Carpentaria (MIM), BHP and CRA .

-- Plans for a more detailed magnetic survey to cover the main area of enhanced magnetic response, which will provide valuable structural/stratigraphic details and context to geochemical exploration data to assist with prospect-scale on ground target definition.

-- Empire is also planning an airborne electro-magnetic survey, which covers the entire project area on 400m line spacing. The key objective is to map the geology of the Yandanooka basin, in particular to complement the magnetic data by highlighting potentially preferred host rocks for copper. In addition, the survey will aim to identify any anomalous conductive areas that may relate to sulphide accumulations or native copper associated with mineralised systems.

Shaun Bunn, Managing Director, said: "Pitfield represents an exceptional opportunity for the Company to make a significant new discovery, being in an extremely favourable confluence of major geological structures and the only exposure of copper-prospective Neoproterozoic sediments along the western margin of the Yilgarn. The collection of detailed geophysical data over the project area will greatly assist with the targeting of copper-gold anomalies and will guide our on-ground exploration work.

"The initiation of exploration activities at Pitfield marks a significant milestone in the Company's transition to an Australian focused copper-gold explorer, and, whilst we are still at an early exploration stage at Pitfield, we look forward to building a compelling geological map and database that highlights the strong potential for a major copper-gold discovery."

Pitfield is comprised of a granted Exploration Licence (E70/5465) and an Exploration Licence Application (E70/5876) covering a total of 615 sq km. Pitfield is located near Three Springs, a town 313 kilometres north of Perth, Western Australia on the Midlands Road, which until the opening of the Brand Highway in 1975 was the main road route from Perth to the state's north. (refer Figure 1).

Figure 1.- Location Map - Showing Regional Geology of the Yilgarn Province and the location of Pitfield

Pitfield lies at a unique setting along the boundary of Western Yilgarn province, where a major craton-scale structure internal to Southwest Gneiss province intersects and offsets the Yilgarn margin and controls the position of the Neoproterozoic Yandanooka basin, the only example of this globally important copper prospective age adjacent to the western Yilgarn craton.

The Neoproterozoic is a globally important copper mineralisation era, which includes the copper belt of southern Africa (DRC, Zambia and Namibia), and the highly mineralised Paterson province in the north of Western Australia, host to major Cu-Au deposits such as Newcrest Mining Ltd's Telfer Mine, Rio Tinto's Winu Project and the Havieron project (JV between Newcrest Mining Ltd and Greatland Gold) . Both of these major copper provinces are of similar age to the Yandanooka basin sequence.

The emerging Calingiri copper deposits held by Caravel Minerals Ltd are also localised along this major structure some 150kms to the south, along with the well-known long-life Three Springs talc mine which lies adjacent to the east of Pitfield.

Pitfield encompasses much of the highly prospective Neoproterozoic Yandanooka Group sediments consisting of sandstone, siltstone and polymictic conglomerate with andesite to trachyte clasts. A rib of the Mesoproterozoic Mullingarra Gneiss is exposed close to the western margin of the project area.

About 25% of the project area is exposed/weathered Proterozoic rocks of the Yandanooka Group where the known copper prospects are located. There is minor Permian cover and 70% of the area comprises a shallow transported cover. Government geophysical surveying shows a gravity-high anomaly which suggests higher density mafic rocks at depth, which may provide a source for copper within the project.

Major lithological contacts, either within basins or at the basement contact (particularly transitions between oxidised and reduced rocks) can focus copper deposition. Pitfield is located along strike from the historic Baxters copper mine at Arrino which produced 106 tonnes of copper at a grade between 20-30% Cu which, along with numerous other prospects, demonstrates that the copper mineralisation process has occurred in the Pitfield area.

Geochemical sampling by others has confirmed that a previously identified magnetic anomaly associated with alteration including magnetite/ hematite, epidote replacement and fractures and carbonate-quartz veinlets is host to extensive copper anomalism, extending south from Baxters and with greater than 150ppm Cu in soils identified over a strike length of 7km (refer Figure 2.). The anomaly remains open to the south and east including over 10km of this high-intensity magnetic feature within the project which is yet to be explored. Limited exploration has been undertaken within the project outside a 5km radius from the Baxters mine.

Pitfield's favourable geology has attracted major mining companies that have historically carried out preliminary exploration activities within the area, including:

-- Kennecott (1966) - who completed surface geochemistry and drilled 10 diamond holes in the vicinity of Baxters which intersected strongly anomalous copper outside the Pitfield licence.

-- Carpentaria (MIM) in early 1980s - who again focussed work close to the Baxters mine and completed shallow RAB and 4 diamond holes which returned strongly anomalous copper in several holes with fracture controlled and disseminated native copper & chalcopyrite observed (including "DH3a" which was collared on the Pitfield tenement, and which returned numerous values above 500ppm Cu, up to 1280 ppm Cu). Strongly anomalous values exceeding 500ppm Cu were intersected in shallow RAB drilling which extends on to the current E70/5465.

-- BHP (1984) identified similarities between the Yandanooka basin and African copper belt sequences and completed IP geophysics, shallow RAB, and four stratigraphic diamond holes focussed along the western contact of the Yandanooka basin with basement Mullingarra gneiss without success (unfortunately too far west and in the footwall of the main magnetic anomaly).

-- CRA (1993) completed IP geophysics and auger sampling which built on the previous MIM work defined a significant Cu-in-auger anomaly (plus Ag) over some 7km strike length open to the east and south and followed up with two diamond holes, the southern hole on Pitfield recording copper anomalism with a maximum value of 570ppm (from 4m chip samples of drillcore) associated with fracture-controlled malachite and minor native copper

No further work of relevance to copper exploration has been completed in the 30 years since the CRA programme.

The current regional magnetic surveys have been flown at 200m line-spacing and indicate strongly magnetic stratigraphy/alteration is present within the project area (refer Figure 3.)

Empire's more detailed survey, to be completed by Magspec Airborne Surveys Pty Ltd, will be flown on a 50m line spacing at a height of some 30m and comprising some 3470 line km, giving an enhanced magnetic and radiometric resolution over the main areas of interest. This will provide valuable structural/stratigraphic details which will help provide context to geochemical exploration data and hassist with prospect-scale on ground target definition

This survey, to be flown by New Resolution Geophysics Australia Pty Ltd ('NRG') using the well-known, very capable heliborne 'Xcite' electro-magnetic acquisition system, covers the entire project area on a 400m line spacing. A survey altitude of 30 to 40m (Transmitter-Receiver array) and 60 to 70m (helicopter) will be employed. The magnetometer sensor is located mid-way between the bird and the helicopter. A total of 134 lines will be flown for an overall 1608 line km (refer Figure 4.).

Figure 4. NRG's Xcite(TM) systems are towed arrays, using high performance AS350 B-series helicopters (or similar). The AS350 is ideal for the close terrain following required for geophysical surveys.

The key objective of completing this airborne electro-magnetic survey is to map the geology of the Yandanooka basin, in particular to complement the magnetic data by highlighting non-magnetic fine-grained sedimentary rocks (reduced siltstone/shale are more conductive than coarser-grained sandstone/conglomerate) which are potentially preferred host rocks for copper. A secondary objective is to identify any anomalous conductive areas that may relate to sulphide accumulations or native copper associated with mineralised systems. 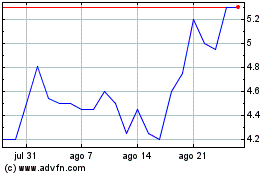 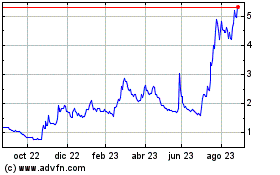 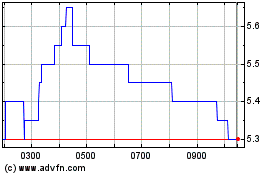