NOT FOR RELEASE, PUBLICATION OR DISTRIBUTION, IN WHOLE OR IN PART, DIRECTLY OR INDIRECTLY IN OR INTO AUSTRALIA, CANADA, JAPAN, THE REPUBLIC OF SOUTH AFRICA, THE UNITED STATES OR ANY OTHER JURISDICTION WHERE TO DO SO WOULD CONSTITUTE A VIOLATION OF THE RELEVANT LAWS OF SUCH JURISDICTION

(Incorporated in the Isle of Man with company number 009753V)

Panther Metals PLC (LSE:PALM) the company focused on mineral exploration in Canada, is pleased to announce the discovery of a volcanogenic massive sulphide(1) ("VMS") mineral system at the Wishbone Prospect, based on the results of the Phase 1 diamond core drilling programme at the Obonga Project in Ontario, Canada.

"The discovery of a VMS system at Obonga is a remarkable achievement for the team, and given that it took just two drill holes, it shows the level of work that was put into the exploration targeting process.

The implications of the Wishbone VMS discovery to the wider Obonga Project area are considerable. Before this programme no other VMS was known on this belt. Obonga has now been confirmed as a favourable geological environment for the development of VMS systems and many more potential VMS targets exist on Panther's landholding.

The very nature of this type of deposit means they tend to cluster, once you have one, the chances increase dramatically of finding others.

Elevated base metal content, especially within close proximity of our drilling location, adds further confidence to our future plans."

-- Wishbone Phase 1 Drilling Programme results, with the discovery of the first VMS system on the Obonga Greenstone Belt, show proof of concept and validation of the exploration targeting and modelling undertaken by Broken Rock Resources, Panther's exploration partner at Wishbone.

-- 51m from 174m comprising a wide zone of sulphide dominated mineralisation, including:

-- An important characteristic of VMS deposits is that they typically display a zonation of metals within the massive sulphide body from Fe+Cu at the base to Zn+Fe+/-Pb+/-Ba at the top and margins, related to differing temperature and chemical conditions at mineral deposition. The major observed mineral component(2) of the Wishbone massive sulphide mineralisation is pyrrhotite with less common pyrite and minor sphalerite and chalcopyrite in distinct zones:

-- Work is ongoing to assess the Phase 1 programme results in combination with geophysical, structural and geological datasets to determine next steps to specifically target the potential for economic base metal zonation within and close to Wishbone.

o Zn+Pb and Cu ratios of the Wishbone massive sulphide layers indicate the mineralisation is most likely a bi-modal type VMS deposit. The deposits of the Sturgeon Lake/Mattabi VMS Camp (consisting of 6 historic VMS mines) 75km west of Wishbone, has been classified as a bimodal type deposits as have Canada's Kidd Creek (Ontario) and Noranda (Quebec) VMS deposits.

-- Another important characteristic of VMS type deposits is that they typically occur in clusters. The Company views that the discovery of the Wishbone VMS system bodes very well for the existence of further, as yet undiscovered VMS bodies in the vicinity, as it confirms the western part of the Obonga Greenstone belt as a favourable geological environmental, and permissive tract, for the development of volcanic associated mineralising systems.

-- Panther have retained the support of a post-doctoral academic from a Canadian VMS centre of excellence and are working towards forging university relationships which will see the Company leverage all available knowledge and expertise to open up the Obonga greenstone belt for further VMS exploration.

The Wishbone VMS Prospect, targeting the base metals copper ("Cu"), lead ("Pb"), zinc ("Zn) and silver ("Ag") and gold ("Au"), is located in the west of the Obonga Project area.

The Wishbone VMS system confirmed by Panther's Phase 1 drill programme coincides with of a significant magnetic geophysics anomaly which is coincident with a strong electromagnetic ("EM") geophysical anomaly (the "Wishbone anomaly").

Wishbone is situated in a similar geological environment to the nearby Sturgeon Lake area, and its Mattabi VMS mining camp, on the Wabigoon Greenstone Belt, approximately 75km due west. The Sturgeon Lake / Mattabi area hosted five commercially viable VMS mining operations that produced from the early 1970's into the 1990's. The Mattabi mine being the most prolific, reportedly produced 13.5 Mt of ore with an average grade 7.5% Zn, 0.88% Cu, 0.77% Pb and 3.10 oz/t (96.42g/t) Ag in the period 1970-1983. It was reportedly discovered through the drilling airborne geophysics anomalies.

Panther's Obonga Project constitutes an 88% coverage of Obonga Greenstone Belt and includes seven high prospectivity targets for gold, nickel, PGM and base metals identified by partner company Broken Rock Resources Ltd. The remaining ground over the belt is either designated areas as environmental reserves and not available for exploration, or under minor landholding by third parties.

Broken Rock is a Canadian registered private exploration company with a number of exploration interests in north-west Ontario. The company is headed up by Liane Boyer who is a well-respected and experienced exploration and resource geologist who has worked at a number of mines in Ontario including Barrick Gold Corp's Hemlo gold mine, Newmont's Musselwhite gold mine, the Impala Platinum Lac Des Iles PGM mine and consulted on an extensive portfolio of exploration projects and mines internationally.

Panther's aim at Obonga is to create shared value that benefits local communities and to explore and develop projects in an environmentally sensitive manner.

As defined by the United States Geological Survey ("USGS"): VMS are important sources of copper, zinc, lead, gold, and silver (Cu, Zn, Pb, Au, and Ag). These deposits formed at or near the seafloor were circulating hydrothermal fluids driven by magmatic heat are quenched through mixing with bottom waters or porewaters in near-seafloor lithologies. Massive sulphide lenses vary widely in shape and size and may be pod-like or sheetlike. They are generally stratiform and may occur as multiple lenses.

Pyrite is an iron sulphide with the chemical formula FeS(2)

Chalcopyrite is a copper (Cu) iron sulphide mineral and the most abundant copper ore mineral; it has the chemical formula CuFeS(2)

Sphalerite the most important ore mineral of zinc, it has the formula (Zn,Fe)S 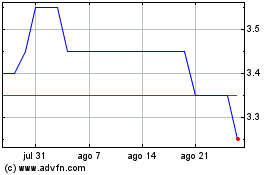 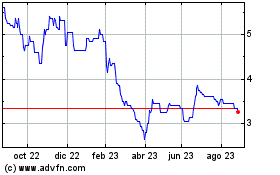 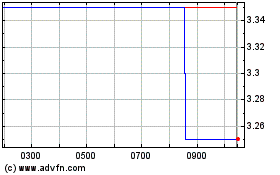