THIS ANNOUNCEMENT, INCLUDING THE APPIX TO THIS ANNOUNCEMENT, AND THE INFORMATION CONTAINED HEREIN IS RESTRICTED AND IS NOT FOR RELEASE, PUBLICATION OR DISTRIBUTION, IN WHOLE OR IN PART, DIRECTLY OR INDIRECTLY, IN OR INTO THE UNITED STATES, AUSTRALIA, JAPAN, NEW ZEALAND, THE REPUBLIC OF SOUTH AFRICA OR ANY OTHER JURISDICTION IN WHICH SUCH RELEASE, PUBLICATION OR DISTRIBUTION WOULD BE UNLAWFUL.

THIS ANNOUNCEMENT, INCLUDING THE APPIX TO THIS ANNOUNCEMENT, IS FOR INFORMATION PURPOSES ONLY AND DOES NOT CONSTITUTE: (A) A PROSPECTUS OR OFFERING MEMORANDUM; (B) AN ADMISSION DOCUMENT PREPARED IN ACCORDANCE WITH THE AIM RULES; OR (C) AN OFFER FOR SALE OR SUBSCRIPTION OF ANY SECURITIES IN THE COMPANY. THIS ANNOUNCEMENT AND THE APPIX DOES NOT CONSTITUTE OR CONTAIN ANY INVITATION, SOLICITATION, RECOMMATION, OFFER OR ADVICE TO ANY PERSON TO SUBSCRIBE FOR, OTHERWISE ACQUIRE OR DISPOSE OF ANY SECURITIES OF SOUTHERN ENERGY CORP. IN ANY JURISDICTION IN WHICH ANY SUCH OFFER OR SOLICITATION WOULD BE UNLAWFUL.

Calgary, Alberta - June 24 , 2022 - Southern Energy Corp. ("Southern" or the "Company") (SOU: TSXV; AIM: SOUC), a U.S.-focused, growth-oriented natural gas producer, is pleased to announce the successful completion of the Placing, as part of the equity financing announced at 17:20 p.m. on 23 June 2022 (the "Offering Announcement"). Defined terms used in this announcement have the same meaning as given to them in the Offering Announcement, unless otherwise defined herein.

-- Due to strong demand, the size of the Placing in the UK was increased from US$12.5 million to US$13.5 million, and when combined with the US$17.5 million Prospectus Offering the total size of the Offering has increased to US$31.0 million

-- Net proceeds of the Offering to be primarily used to accelerate the initiation of a continuous organic drilling programme at Gwinville, as well as increasing financial flexibility for potential accretive acquisition opportunities

"We are delighted to provide this update on the UK Placing regarding our previously announced equity financing, which will raise over c. US$31.0 million for the Company, providing Southern with a strong balance sheet as we finance the business for further, operationally driven growth. This funding will allow us to pursue significant opportunity for accretive acquisitions in our area of expertise and to continue to act nimbly and opportunistically as we execute our growth strategy. "

The Prospectus Offering is being undertaken on an underwritten bought-deal basis led by Eight Capital, as lead underwriter and sole bookrunner, and included Haywood Securities Inc. and Canaccord Genuity Corp. (collectively, the "Underwriters") and is expected to close on or about 7 July 2022, subject to customary closing conditions, including the approval of the TSX-V. Further to the Offering Announcement, the Underwriting Agreement was entered into on 23 June 2022.

The Placing was conducted by Canaccord Genuity Limited and H&P Advisory Limited acting as joint bookrunners. The new Common Shares issued pursuant to the Placing and the Prospectus Offering will be issued credited as fully paid and will rank pari-passu in all respects with each other and the existing Common Shares from their date of issue.

Further details of the Offering

The Company has applied to the London Stock Exchange for admission to trading on AIM, and to the TSX-V for approval of the listing of, the Placing Shares and Prospectus Shares ("Admission"). Subject to, inter alia, the P lacing Agreement having become unconditional and not having been terminated in accordance with its terms, it is expected that admission to trading on AIM of the Placing Shares will occur at 8:00 a.m. (UK) on or around 5 July 2022 (the " Placing Shares Admission ").

Subject to, inter alia, the Underwriting Agreement entered into between the Company and the Underwriters having become unconditional and not having been terminated in accordance with its terms , as well as final TSXV approval of the listing of the Prospectus Offering Shares , it is expected that admission to trading on AIM of the Prospectus Offering Shares will occur at 8:00 a.m. (UK) on or around 7 July 2022 .

The Placing and the Prospectus Offering are not inter-conditional (save that the Placing is conditional upon the Underwriting Agreement remaining in force in the period up to Placing Share Admission) and there can be no guarantee that any particular element or elements of the Offering will be completed.

In accordance with the provision of the Disclosure Guidance and Transparency Rules of the FCA ("DTRs"), the Company confirms that, immediately following the Placing Shares Admission, the total number of Common Shares in the Company in issue will be 109,848,785, each of which carries the right to vote, with no Common Shares held in treasury. This figure may be used by shareholders as the denominator for the calculations by which they will determine if they are required to notify their interest in, or a change to their interest in, the Company under the DTRs.

The securities described herein have not been, and will not be, registered under the U.S. Securities Act or any state securities laws, and accordingly, may not be offered or sold within the United States except in compliance with the registration requirements of the U.S. Securities Act and applicable state securities requirements or pursuant to exemptions therefrom. This Announcement shall not constitute an offer to sell or the solicitation of an offer to buy any of the Company's securities to, or for the account or benefit of, persons in the United States, nor shall there be any sale of these securities in any jurisdiction in which such offer, solicitation or sale would be unlawful. There has been and will be no public offer of the Company's securities in Australia, Japan, South Africa, the United States or elsewhere, other than the Prospectus Offering in each of the provinces of Canada, except Québec.

Southern Energy Corp. is a natural gas exploration and production company. Southern has a primary focus on acquiring and developing conventional natural gas and light oil resources in the southeast Gulf States of Mississippi, Louisiana, and East Texas. Our management team has a long and successful history working together and have created significant shareholder value through accretive acquisitions, optimization of existing oil and natural gas fields and the utilization of re-development strategies utilizing horizontal drilling and multi-staged fracture completion techniques.

The forward-looking statements contained in this Announcement are based on certain key expectations and assumptions made by Southern, including the timing of and success of future drilling, development and completion activities, the performance of existing wells, the performance of new wells, the availability and performance of facilities and pipelines, the geological characteristics of Southern's properties, the characteristics of its assets, the successful application of drilling, completion and seismic technology, benefits of current commodity pricing hedging arrangements, prevailing weather conditions, prevailing legislation affecting the oil and gas industry, commodity prices, royalty regimes and exchange rates, the application of regulatory and licensing requirements, the availability of capital, labour and services, the creditworthiness of industry partners and the ability to source and complete asset acquisitions.

Although Southern believes that the expectations and assumptions on which the forward-looking statements are based are reasonable, undue reliance should not be placed on the forward-looking statements because Southern can give no assurance that they will prove to be correct. Since forward-looking statements address future events and conditions, by their very nature they involve inherent risks and uncertainties. Actual results could differ materially from those currently anticipated due to a number of factors and risks. These include, but are not limited to, the risk that the Offering may not be completed on favorable terms or at all, the risk that the Company may not be able to obtain all necessary regulatory and stock exchange approvals, including the approval of the TSXV and the London Stock Exchange, the risk that the Company may apply the proceeds of the Offering differently than as stated herein depending on future circumstances; risks associated with the oil and gas industry in general (e.g., operational risks in development, exploration and production; the uncertainty of reserve estimates; the uncertainty of estimates and projections relating to production, costs and expenses, and health, safety and environmental risks), constraint in the availability of services, negative effects of the current COVID-19 pandemic, commodity price and exchange rate fluctuations, geo-political risks, political and economic instability abroad, wars (including Russia's military actions in Ukraine), hostilities, civil insurrections, inflationary risks including potential increases to operating and capital costs, changes in legislation impacting the oil and gas industry, adverse weather or break-up conditions and uncertainties resulting from potential delays or changes in plans with respect to exploration or development projects or capital expenditures. These and other risks are set out in more detail in the Preliminary Prospectus and Southern's most recent management's discussion and analysis and annual information form, which are available under the Company's SEDAR profile at www.sedar.com.

Canaccord Genuity Limited, which is authorised and regulated by the Financial Conduct Authority in the United Kingdom is acting exclusively for the Company and no one else in connection with the Placing and Admission, and Canaccord will not be responsible to anyone other than the Company for providing the protections afforded to its clients or for providing advice in relation to the Placing or Admission or any other matters referred to in this Announcement.

H&P Advisory Limited, which is authorised and regulated by the Financial Conduct Authority in the United Kingdom is acting exclusively for the Company and no one else in connection with the Placing and Admission, and H&P will not be responsible to anyone other than the Company for providing the protections afforded to its clients or for providing advice in relation to the Placing or Admission or any other matters referred to in this Announcement.

Neither of Canaccord or H&P nor any of their respective subsidiary undertakings, affiliates or any of their respective directors, officers, employees, advisers, agents or any other person accepts any responsibility or liability whatsoever for, or makes any representation or warranty, express or implied, as to the truth, accuracy, completeness or fairness of the information or opinions contained in this Announcement (or whether any information has been omitted from it) or any other information relating to the Company, its subsidiaries or associated companies, whether written, oral or in a visual or electronic form, and howsoever transmitted or made available or for any loss howsoever arising from any use of this Announcement or its contents or otherwise arising in connection therewith and any liability therefore is expressly disclaimed. 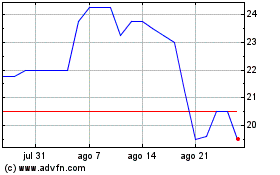 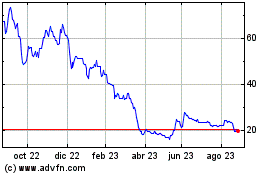 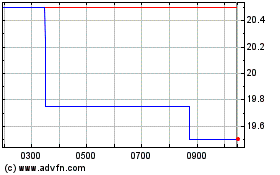