The Australian dollar dropped against its key counterparts during the Asian session on Friday, as risk sentiment dampened amid a slowdown in economic growth in China and political crisis in Italy.

Gross domestic product grew only 0.4 percent on a yearly basis in the second quarter, following the first quarter's 4.8 percent expansion. GDP was expected to climb 1.0 percent.

In June, industrial production growth improved to 3.9 percent from 0.7 percent. But this was slower than economists' forecast of 4.1 percent.

The interest rate concerns eased a bit after the Fed's most hawkish policymakers supported another 75 basis point rate hike at the central bank's policy meeting later this month.

The aussie touched 1.0974 against the kiwi, its lowest level since July 4. The aussie is likely to challenge support around the 1.08 region, if it drops again.

Looking ahead, Eurozone trade data for May is due in the European session.

Canada wholesale sales for May and U.S. retail sales, industrial production and import and export prices, all for June, as well as New York Fed's empire manufacturing survey and University of Michigan's preliminary consumer sentiment index for July will be featured in the New York session. 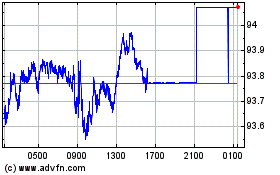