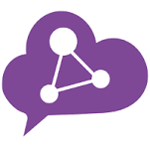 NOT FOR RELEASE, PUBLICATION OR DISTRIBUTION, IN WHOLE OR IN PART, IN, INTO OR FROM ANY JURISDICTION WHERE TO DO SO WOULD CONSTITUTE A VIOLATION OF THE RELEVANT LAWS OF THAT JURISDICTION

On 9 December 2021, the directors of CloudCall Group plc ("CloudCall") and Xplorer Capital Growth I, LLC ("Xplorer Capital") announced that they had reached agreement on the terms of a recommended acquisition by Xplorer Capital of the entire issued and to be issued ordinary share capital of CloudCall (the "Acquisition"), to be effected by way of a court-sanctioned scheme of arrangement under Part 26 of the Companies Act 2006 (the "Scheme"). The scheme document in connection with the Acquisition was published on 15 December 2021 (the "Scheme Document"). Capitalised terms used but not otherwise defined in this announcement have the meanings given to them in the Scheme Document.

On 24 January 2022, CloudCall announced that the High Court of Justice of England and Wales had sanctioned the Scheme at the Sanction Hearing on 24 January 2022 (the "Court Sanction Date").

CloudCall and Xplorer Capital are pleased to announce that, following the delivery of a copy of the Court Order to the Registrar of Companies today, the Scheme has now become effective in accordance with its terms and the entire issued and to be issued ordinary share capital of CloudCall is now owned by Xplorer Capital.

In the case of Scheme Shares issued to satisfy the exercise of options under the CloudCall Share Plans after the making of the Court Order on 24 January 2022 and prior to the Scheme Record Time, being 6.00 p.m. (London time) on 25 January 2022, settlement of consideration to which any employee or director of CloudCall is due in respect of those Scheme Shares will be effected by payment through payroll as soon as practicable following receipt by the Company of payment in respect of such consideration from Xplorer Capital subject to the deduction of any applicable exercise price.

Notice has also been given such that CloudCall Shares shall be withdrawn from their OTCQX designation upon open of business in New York on 27 January 2022.

CloudCall Board appointments and resignations

As the Scheme has now become Effective, CloudCall duly announces that, as of today's date, Peter Simmonds, Carl Farrell and Sophie Tomkins have tendered their resignations and have stepped down from the CloudCall Board. Simon Cleaver and Paul Williams remain on the CloudCall Board.

CloudCall is no longer in an "Offer Period" as defined in the City Code on Takeovers and Mergers and accordingly the dealing disclosure requirements previously notified to investors no longer apply.

Full details of the Acquisition are set out in the Scheme Document.

Slaughter and May is retained as legal adviser to Xplorer Capital.

Canaccord Genuity Limited ("Canaccord"), which is authorised and regulated by the FCA in the United Kingdom, is acting exclusively as financial adviser to CloudCall and no one else in connection with the matters described in this announcement and will not be responsible to anyone other than CloudCall for providing the protections afforded to clients of Canaccord nor for providing advice in connection with any matter referred to herein. Neither Canaccord nor any of its affiliates (nor their respective directors, officers, employees or agents) owes or accepts any duty, liability or responsibility whatsoever (whether direct or indirect, whether in contract, in tort, under statute or otherwise) to any person who is not a client of Canaccord in connection with this announcement, any statement contained herein, the Acquisition or otherwise. Canaccord has given, and not withdrawn, its consent to the inclusion of its advice in this announcement in the form and context in which it is included.

Peel Hunt LLP ("Peel Hunt"), which is authorised and regulated in the United Kingdom by the FCA, is acting exclusively for Xplorer Capital and for no one else in connection with the matters referred to in this announcement and will not be responsible to any person other than Xplorer Capital for providing the protections afforded to clients of Peel Hunt, nor for providing advice in relation to the matters referred to herein. Neither Peel Hunt nor any of its affiliates owes or accepts any duty, liability or responsibility whatsoever (whether direct or indirect, whether in contract, in tort, under statute or otherwise) to any person who is not a client of Peel Hunt in connection with the matters referred to in this announcement, or otherwise. 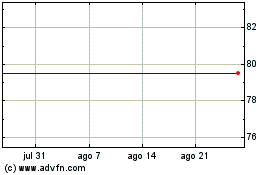 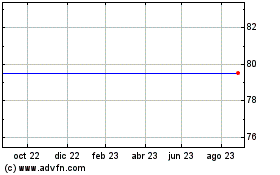 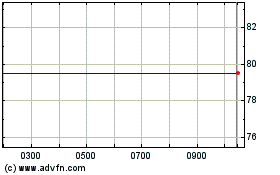