Renault SA said on Tuesday that it expects to increase its operating margin and bring back dividends as it detailed plans to separate its electric-vehicle business from combustion engine activities.

As part of its highly-anticipated capital market day, the French car maker said it would create a stand-alone company focused on electric vehicles and software called Ampere, aiming to potentially list it on the stock market in France earliest in the second half of next year subject to market conditions. It plans to keep a majority and seek the support of possible strategic cornerstone investors.

As part of the overall restructuring, Renault is talking to Nissan Motor Co. about reducing its stake in the Japanese car maker and Nissan investing in Renault's new electric-vehicle business, the Wall Street Journal has reported recently, citing unnamed sources.

On Tuesday, Renault said it was currently in discussions with Nissan and Mitsubishi Motors Corp., including about both partners potentially investing in Ampere but it didn't disclose any potential terms.

While restructuring its operations, Renault aims to reinstate dividend payouts from next year and targets a higher group operating margin over the next years. It is targeting a margin above 8% in 2025 and above 10% by 2030 with free cashflow above 2 billion euros ($2 billion) per year on average over the years 2023-2025 and above EUR3 billion per year on average over 2026-2030. It has previously aimed for a 2025 margin of at least 5%.

Renault also backed this year's guidance, which includes an operating margin of above 5%.

Write to Kim Richters at kim.richters@wsj.com 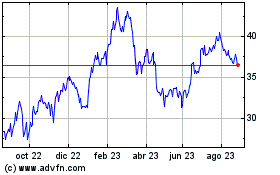 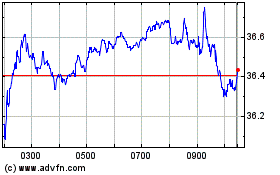