Disclosure under Rule 20.3(b) in respect of

On 1 June 2022 , it was announced that the Tern Directors and Pires Directors had reached agreement on the terms of a recommended all-share offer by Tern for the issued and to be issued share capital of Pires, to be effected by means of a court-sanctioned scheme of arrangement ( the "Scheme" ) between Pires and Pires Shareholders under Part 26 of the Companies Act 2006 (the "Acquisition")(the "2.7 Announcement").

In accordance with Rule 20.3(b) of the Code, the Pires Directors announce that a DirectorsTalk interview video (the "Interview") with Al Sisto, Chief Executive Officer of Tern, and Nick Lee, Director of Pires has been posted to the Company's website, www.piresinvestments.com . The Interview provides information on the portfolios of each of Tern and Pires as well as the background to and reasons for the Acquisition.

Words and expressions defined in the 2.7 Announcement and the Scheme Document shall, unless the context provides otherwise, have the same meanings in this announcement.

Neither this announcement nor any of the documents referred to herein do or are intended to constitute or form part of any offer or invitation to purchase, otherwise acquire, subscribe for, sell or otherwise dispose of, any securities or the solicitation of any vote or approval pursuant to the Scheme or otherwise, in any jurisdiction in which such offer, invitation or solicitation is unlawful, nor shall there be any sale of any securities in which such offer, solicitation or sale would be unlawful prior to registration or qualification under the securities laws of any such jurisdiction.

The release, publication or distribution of this announcement and/or any of the documents referred to herein (in whole or in part) in, into or from jurisdictions other than the United Kingdom may be restricted by the laws of those jurisdictions and therefore persons into whose possession this announcement comes should inform themselves about, and observe, any such restrictions. Failure to comply with any such restrictions may constitute a violation of the securities laws of any such jurisdiction.

This announcement does not constitute a prospectus or prospectus equivalent document.

If two or more persons act together pursuant to an agreement or understanding, whether formal or informal, to acquire or control an interest in relevant securities of an offeree company or a securities exchange offeror, they will be deemed to be a single person for the purpose of Rule 8.3.

Details of the offeree and offeror companies in respect of whose relevant securities Opening Position Disclosures and Dealing Disclosures must be made can be found in the Disclosure Table on the Takeover Panel's website at www.thetakeoverpanel.org.uk, including details of the number of relevant securities in issue, when the offer period commenced and when any offeror was first identified. You should contact the Panel's Market Surveillance Unit on +44 (0)20 7638 0129 if you are in any doubt as to whether you are required to make an Opening Position Disclosure or a Dealing Disclosure.

This announcement (including information incorporated by reference in this announcement), oral statements made regarding the Offer, and other information published by Pires and Tern contain certain forward-looking statements, beliefs or opinions with respect to the financial condition, results of operations and business of the Wider Pires Group and the Tern Group. These forward-looking statements can be identified by the fact that they do not relate only to historical or current facts.

Forward-looking statements may often, but not always, be identified by the use of forward-looking terms such as "may", "will", "expects", "believes", "hopes", "anticipates", "aims", "plans", "estimates", "projects", "targets", "intends", "forecasts", "outlook", "impact", "potential", "confidence", "improve", "continue", "optimistic", "deliver", "comfortable", "trend", "seeks" or variations of such words and phrases or statements that certain actions, events or results "could", "should", "would" or "might" be taken, occur or be achieved or the negative of such terms or other variations on such terms or comparable terminology.

Such statements are qualified in their entirety by the inherent risks and uncertainties surrounding future expectations. These statements are based on assumptions and assessments made by Pires and/or Tern, as the case may be, in light of their experience and their perception of historical trends, current conditions, future developments and other factors that they believe appropriate. By their nature, forward-looking statements involve risk and uncertainty, because they relate to events and depend on circumstances that will occur in the future and the factors that could cause actual results and developments to differ materially from those expressed in or implied by such forward-looking statements are unknown.

Although it is believed that the expectations reflected in such forward-looking statements were reasonable at the time the statements were made, no assurance is given by Pires and/or Tern that such expectations or the assumptions and assessments underlying them will prove to have been correct and the circumstances may change. You are, therefore, cautioned not to place undue reliance on these forward-looking statements. Neither Pires nor Tern assumes any obligation, and Pires and Tern disclaim any intention or obligation, to update or correct the information contained in this announcement (whether as a result of new information, future events or otherwise), except as required by applicable law or regulation.

Save as specifically stated in this announcement, any such forward-looking statements have not been reviewed by the auditors of Pires or Tern or their respective financial advisers. Such forward-looking statements involve known and unknown risks and uncertainties that could significantly affect expected results and are based on certain key assumptions. There are many factors which could cause actual results to differ materially from those expressed or implied in forward-looking statements. Among the factors that could cause actual results to differ materially from those described in the forward-looking statements is the satisfaction of any conditions to the Offer, as well as additional factors such as changes in global, political, economic, business, competitive, market and regulatory forces (including as a result of governmental, business or individual responses to the COVID-19 pandemic and any variant thereof), future exchange and interest rates, changes in tax rates and future business combinations or dispositions. Such forward looking statements should, therefore, be construed in the light of such factors. Neither Pires nor Tern, nor any of their respective associates or directors, officers or advisers, provides any representation, assurance or guarantee that the occurrence of the events expressed or implied in any forward-looking statements in this announcement will actually occur.

No Profit Forecasts or Estimates

The release, publica ti on or distribu ti on of this announcement in or into jurisdic ti ons other than the United Kingdom may be restricted by law and therefore any persons who are subject to the laws of any jurisdiction other than the United Kingdom should inform themselves about, and observe, any applicable legal or regulatory requirements. Any failure to comply with the applicable restric ti ons may cons ti tute a viola ti on of the securi ti es laws of such jurisdic ti on. To the fullest extent permi tt ed by applicable law, the companies and persons involved in the Acquisi ti on disclaim any responsibility or liability for the viola ti on of such restric ti ons by any person. Neither this announcement nor any of the documents referred to herein do or are intended to cons ti tute or form part of any offer or invita ti on to purchase, otherwise acquire, subscribe for, sell or otherwise dispose of, any securi ti es or the solicita ti on of any vote or approval pursuant to the Scheme or otherwise, in any jurisdic ti on in which such offer, invita ti on or solicita ti on is unlawful. The Scheme Document and the accompanying Forms of Proxy have been prepared for the purposes of complying with English law, the rules of the London Stock Exchange, the AIM Rules and the Code, and the informa ti on disclosed may not be the same as that which would have been disclosed if this announcement had been prepared in accordance with the laws of jurisdic ti ons outside of England and Wales.

The availability of the New Tern Shares under the Acquisi ti on to Pires Shareholders who are not resident in the United Kingdom or the ability of those persons to hold such shares may be affected by the laws or regulatory requirements of the relevant jurisdic ti ons in which they are resident (which may affect the ability of such Pires Shareholders to vote their Pires Shares with respect to the Scheme and the Acquisition at the Mee ti ngs, or to execute and deliver Forms of Proxy appoin ti ng another to vote at the Mee ti ngs on their behalf). The New Tern Shares may not be offered, sold or delivered, directly or indirectly in, into or from any Restricted Jurisdic ti on or to, or for the account or benefit of, any Restricted Persons except pursuant to an applicable exemp ti on from, or in a transac ti on not subject to, applicable securi ti es laws of those jurisdic ti ons, or otherwise permi tt ed under applicable securi ti es laws of those jurisdic ti ons. 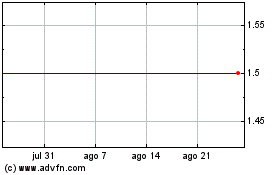 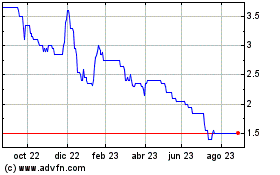 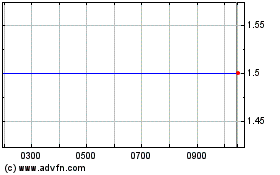