Completion of Disposal of All Assets

Overview of the Sale Process

At the general meetings held on 19 May 2021, shareholders in both Companies overwhelmingly voted in favour of the resolution proposed to dispose of the Companies' assets and discontinue the Companies as venture capital trusts.

The Companies subsequently appointed Ernst & Young LLP ("EY") to advise the boards on the market value of the assets and to oversee the sale transaction.

The boards, guided by EY, assessed a range of potential transaction paths with reference to a number of key parameters.

After careful evaluation, a joint bid from Temporis Operational Renewable Energy Strategy LP ("TORES") and Temporis Investment Strategy V LP ("TIS V") was determined by the boards as the most attractive to the Companies. The bid was at a materially higher level than the best indicative price previously received and used to calculate the potential net proceeds to shareholders in the circular to shareholders of the Companies dated 13 April 2021. This increase in price was achieved despite subsequent deteriorations in the UK corporation tax rate (payable by the investee companies of the Companies).

Both TORES and TIS V are funds managed by entities related to Temporis Capital Limited, the Companies' investment manager. Therefore, throughout the process, measures were implemented to manage any conflicts appropriately. EY's engagement as a third party adviser was also central to this process.

Expected Net Proceeds from the Sale

The total expected net proceeds to shareholders of the Companies from the sales, including an estimation of all future expenses until final liquidation, are as follows:

No forecast or projection is expressed or implied from the statements above.

The following special interim dividends, which were referred to in the interim financial statements of the Companies released on 29 November 2021, have been declared by the Companies today:

These dividends will be paid on 21 January 2022 to those Ordinary, C and D shareholders on the register as at the close of business on 7 January 2022. The ex-dividend dates will be 6 January 2022.

[1] The completion of the sale of one asset is contingent on the passing of all the resolutions at general meetings of the Companies which will be convened shortly. 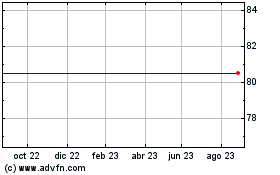 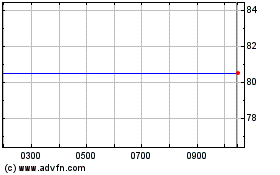