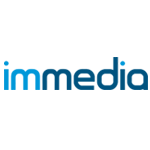 THIS ANNOUNCEMENT CONTAINS INSIDE INFORMATION AS STIPULATED UNDER THE UK VERSION OF THE MARKET ABUSE REGULATION NO 596/2014 WHICH IS PART OF ENGLISH LAW BY VIRTUE OF THE EUROPEAN (WITHDRAWAL) ACT 2018, AS AMED. ON PUBLICATION OF THIS ANNOUNCEMENT, THIS INFORMATION IS CONSIDERED TO BE IN THE PUBLIC DOMAIN.

(to be renamed Immediate Acquisition Plc)

Change of Name and Notice of General Meeting

Immedia announces the Disposal of its wholly owned subsidiary, Immedia Broadcast Limited, which is subject, inter alia, to Shareholders' approval at a General Meeting which is to be held at 10.00 a.m. on 9 May 2022 at the offices of Charles Russell Speechlys LLP, 5 Fleet Place, London EC4M 7RD. In addition, the Company is proposing to change its name to Immediate Acquisition Plc with effect from Completion of the Disposal.

The Disposal will represent a fundamental change of business, as well as a related party transaction, under the AIM Rules for Companies following completion of which, the Company will become an AIM Rule 15 cash shell.

The Circular, and notice of the General Meeting are available on the Company's website: http://www.immediaplc.com/

Definitions in this announcement have the same meaning as in the Circular to Shareholders dated 21 April 2022.

Background to and reasons for the Disposal

As announced previously, in the Directors' opinion, the Company has experienced a challenging trading environment in the last few years, due primarily to both Brexit and the impact of Covid-19. The Company's core retail sector business, operated through Immedia Broadcast Limited, has been challenged beyond expectations and, although the Company sought to scale-up Immedia Broadcast's operations via acquisition, prevailing circumstances made undertaking such a transaction difficult.

For some time, the Directors have believed that Immedia Broadcast Limited would trade more efficiently as a private company, due in part to being able to save the significant costs of being a quoted company, and to this end have been exploring divestment options for the business. Whilst the Board received some indications of interest from third parties, such indications were not sufficiently certain or compelling and therefore the Independent Directors have agreed to undertake the disposal to Immedia Broadcast's management team.

As previously announced in the Trading Update on 21 December 2021, Immedia Broadcast Limited experienced a significantly improved outlook for H2 2021, with September and October 2021 being two of the best trading months in the Group's history, helped hugely by the creative content and AV installation work done for participants at COP26 in Glasgow.

Whilst the upturn in trade was significant and trading in Q1 2022 has been promising, the operations remain too small to readily absorb the costs of being a PLC and generate a return for investors. Accordingly, the Independent Directors believe that, despite the UK's apparent recovery from the pandemic, there remains significant uncertainties in the economy and the growth of the Group would continue to be limited in the foreseeable future.

Details of the Disposal

The Company is proposing to dispose of its main trading subsidiary, Immedia Broadcast Limited. Therefore, the Company has entered into a conditional sale and purchase agreement with AVC Immedia Limited, a company owned by Ross Penney, John Trevorrow, Keith Robertson, Euan McMorrow and Mark Horrocks in relation to the Disposal (the "Disposal Agreement").

Under the terms of the Disposal Agreement, AVC Immedia Limited will acquire the entire issued capital of Immedia Broadcast Limited for a total consideration of GBP2.0 million, of which GBP1.718 million will be paid on completion of the Disposal with the balance of GBP282,000 payable in 12 equal monthly instalments, beginning one month after Completion.

The Disposal will represent a fundamental change of business for the Company, as well as a related party transaction under the AIM Rules. This is because the proposed purchaser, AVC Immedia Limited, is owned in part by Ross Penney, John Trevorrow and Mark Horrocks, each of whom are Directors of the Company. Should the Disposal complete, the Company will become an AIM Rule 15 cash shell.

Summary of the Disposal Agreement

On 20 April 2022, the Company entered into the Disposal Agreement, pursuant to which it has conditionally agreed to dispose of the entire issued share capital of Immedia Broadcast Limited to AVC Immedia Limited for an aggregate total consideration of GBP2,000,000 to be satisfied as follows:

1. by the payment of GBP1,718,000, in cash, immediately following completion of the Disposal ("Completion"); and

In addition, the Disposal Agreement includes a provision that, in the event that AVC Immedia Limited disposes of some or all of the shares or assets of Immedia Broadcast Limited or any of its or its holding company's shares are admitted to trading on a recognised investment exchange (each, a "Trigger Event") within 18 months of Completion, additional consideration (calculated by reference to, as applicable, the consideration received, or value of, the relevant Trigger Event) will become due and payable to the Company.

Due to the nature of the Disposal and the fact that Immedia Broadcast Limited's existing management team control AVC Immedia Limited, the Company has given only limited fundamental warranties and a short form and limited tax covenant in the Disposal Agreement, which are appropriate for a transaction of this nature.

On Completion, the Company intends to adopt a capital growth strategy through the monetisation of its remaining assets, in an orderly manner, and the pursuit of an acquisition of a company in the technology or fintech sectors.

Upon receipt of the initial Disposal proceeds the Company will have a total cash balance of c. GBP1.718m less costs associated with the Disposal. In addition to this amount the Company's assets include the Sprift Loan of GBP1.05m and 84,200 Ordinary Shares in Audioboom plc, which has a total value of c. GBP1.82m, as at close of business on 20 April 2022, being the latest practicable date prior to publication of the circular.

The Sprift Loan remains outstanding as at the date of the circular and the intention is to dispose of this loan note, at face value, for cash. In the meantime, the loan interest continues to be received on a monthly basis.

Over and above the existing cash and investments the Company also intends to utilise the shareholder support inherent in the outstanding shareholder warrants. There are 12,000,000 warrants outstanding with an exercise price of 35p with a warrant expiry date of 30 June 2022. If exercised in full this could result in an additional GBP4.2m of funding to finance any potential acquisition.

Upon Completion, the Company will become an AIM Rule 15 cash shell (see below) and will therefore be dependent upon the ability of the Board to identify suitable acquisition targets. The Directors have continued to investigate a number of potential acquisitions in the technology and fintech sector; none of which they have yet committed to pursue at this time. There is therefore no guarantee that the Company will be able to acquire an identified opportunity at an appropriate price, or at all. As a consequence, the cash resources and management time may be expended on investigative work and due diligence.

In accordance with AIM Rule 15, the Disposal constitutes a fundamental change of business of the Company. On Completion, the Company will cease to own, control or conduct all or substantially all, of its existing trading business, activities or assets, save as set out in the paragraph headed "Residual Assets and Future Intentions" above.

The Company will therefore become an AIM Rule 15 cash shell and, as such, will be required to make an acquisition or acquisitions which constitute(s) a reverse takeover under AIM Rule 14 (including seeking re-admission as an investing company (as defined under the AIM Rules)) on or before the date falling six months from Completion or be re-admitted to trading on AIM as an investing company under the AIM Rules (which requires the raising of at least GBP6 million), failing which the Company's Ordinary Shares would then be suspended from trading on AIM pursuant to AIM Rule 40. Admission to trading on AIM would be cancelled six months from the date of suspension should the reason for the suspension not be rectified during that period.

Any failure in completing an acquisition or acquisitions which constitute(s) a reverse takeover under AIM Rule 14, including seeking re-admission as an investing company (as defined under the AIM Rules), will result in the cancellation of the Company's Ordinary Shares from trading on AIM.

Market conditions may also have a negative impact on the Company's ability to make an acquisition or acquisitions which constitute(s) a reverse takeover under AIM Rule 14. There is therefore no guarantee that the Company will be successful meeting the AIM Rule 15 deadline as described above.

1. Immedia Broadcast Limited has experienced a challenging trading environment in the last few years due primarily to Brexit and Covid-19 and was forced to scale back the operations, whilst the business has restored its financial stability there is no immediate prospect of developing the scale of the operations to a level that can adequately support the costs associated with being admitted to trading on AIM; and

2. the Disposal, as it is a fundamental change of business, will be subject to Shareholders' approval at the General Meeting.

The Independent Directors have also taken into account the principal relevant considerations that they have identified in relation to the Disposal, which are set out further in the Circular.

A new Company Secretary, AMBA Secretaries Limited, will also be appointed at this time.

Change of Name and Registered Office

Set out at the end of the Circular is a notice convening the General Meeting to be held on 9 May 2022 at 10.00 a.m. at the offices of Charles Russell Speechlys LLP, 5 Fleet Place, London EC4M 7RDat which the following Resolutions will be proposed:

1. That the sale by the Company of Immedia Broadcast Limited to AVC Immedia Limited be approved for the purposes of Rule 15 of the AIM Rules.

Action to be taken by Shareholders

Shareholders will find enclosed with the Circular a Form of Proxy for use at the General Meeting. Shareholders are requested to complete and return the Form of Proxy to Share Registrars, 3 The Millennium Centre, Crosby Way, Farnham, Surrey, GU9 7XX in accordance with the instructions printed thereon as soon as possible but, in any event, to be received no later than 10.00 a.m. on 5 May 2022 being 48 hours (excluding days that are not business days) before the time of the General Meeting.

The Independent Directors do not own any Ordinary Shares in the Company and are therefore unable to vote on the Resolutions to be proposed at the General Meeting.

Due to their position as owners of the proposed purchaser of Immedia Broadcast Limited, Ross Penney, John Trevorrow and Mark Horrocks as Directors of the Company are not considered to be Independent Directors and are not able to consider Resolutions 1 and 2.

Conditional upon Resolutions 1 and 2 being passed, all of the Directors unanimously recommend Shareholders to vote in favour of Resolution 3 as they intend to do in respect of their own beneficial shareholdings, which amount, in aggregate, to 9,313,026 Ordinary Shares, representing approximately 24.78% of the Company's Ordinary Share capital. 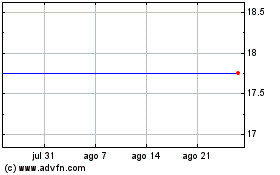 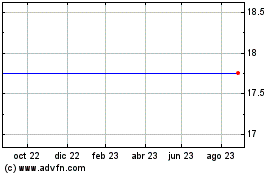 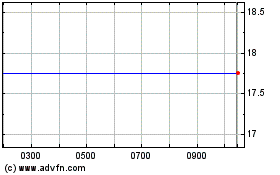