0.1999
0.00 (0.00%)
Tiempo Real
Mercado Abierto
0.1999
FTX CEO Sam Bankman-Fried Reveals Reason Behind Billions Of Dollars Tether Purchase
11 Octubre 2021 - 12:00PM
NEWSBTC
The come-up of the FTX cryptocurrency exchange has been one of the most inspiring stories out of the crypto space. Its success put its CEO Sam Bankman-Friend on the path to become one of the richest crypto billionaires. The 29-year-old was featured on the Forbes 2021 List of 400 Richest People In America, which saw the CEO named as the richest crypto billionaire. Although FTX has had an impressive track record, the road to the present was not always an easy one. CEO Sam Bankman-Fried opened up on some of the challenges the exchange encountered when it had opened its doors for business. In a piece on Bloomberg Businessweek, the CEO revealed that the crypto exchange had faced significant challenges in getting the banks onboard. Turning To Tether CEO Bankman-Fried told Bloomberg that the company had major problems with getting the banks to work with them. This was because banks are very skeptical about working with crypto-related institutions due to regulatory problems and had refused to work with his exchange. “If you’re a crypto company, banks are nervous to work with you,” Bankman-Fried said. Related Reading | Value Of Ethereum Held By Miners Reaches Five-Year Record Levels Taking this in stride, the CEO had turned his attention to something else; Tether. Its ease of use made it the obvious choice for the cryptocurrency exchange in light of its bank issues. Hence, investing in the stablecoin had been the solution to this problem. Tether allowed FTX customers to transact and trade on its platform, and the company could hold Tether instead of going through the hassle of converting crypto to U.S. dollars. USDT price holding steady to dollar | Source: USDTUSD on TradingView.com Bankman-Fried revealed that the company had purchased billions of dollars of USDT in order to help users trade on their platform. But has clarified that the crypto exchange does not actually treat the stablecoin like it does the dollar. Battling It Out With The Law Tether has been in various long-running legal battles. The company has been accused of circumventing laws and bank fraud, which resulted in a probe from the U.S. Department of Justice. Another class-action lawsuit had been filed against the stablecoin issuer, but Tether had emerged victorious in what it called “a clumsy attempt at a money grab.” Related Reading | Why A Parabolic Move Is Expected For Bitcoin, Billionaire Mike Novogratz Most of Tether’s woes have been linked to how much of its issued coins are backed by real currency. The stablecoin issuers claim that the coins are 100% by cash and cash equivalents but investors are wary of this as data shows that only about 2.9% of all issued coins are backed by cash reserves. The largest of its backing is in commercial papers, which account for about 65.4% of Tether’s reserves. Despite these, Tether still remains a top 5 cryptocurrency by market cap. It boasts the highest number of trading pairs in the crypto market and has a market cap of $68 billion. Featured image from Decrypt, chart from TradingView.com
Ontology (COIN:ONTUSD)
Gráfica de Acción Histórica
De Nov 2022 a Dic 2022 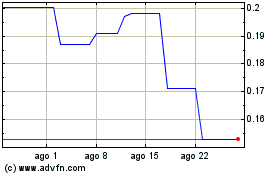 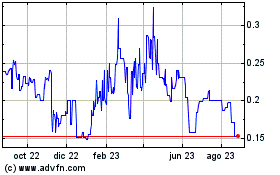 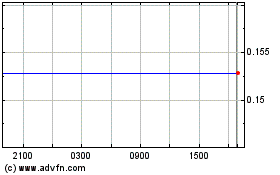